The Brexit stakes are high for Chayenne Wiskerke, who owns and manages an onion packing and exporting firm in Kruiningen, near the Netherlands' border with Belgium.

Wiskerke Onions, a fourth-generation family business, says it packs an eye-watering 185,000 tonnes of onions a year and ships them to more than 100 countries. A whole 20 per cent of production, though, is destined for the United Kingdom.

But what will happen as the U.K. moves to leave the European Union, particularly if there is no deal for the divorce by the March 29 deadline?

Wiskerke worries about her company's trucks being stopped at the border for inspection, leading to delays for supermarkets that can't stockpile fresh produce.

"That's the most difficult thing — you don't know how to prepare," Wiskerke said.

As is happening in the U.K., politicians and executives in the Netherlands are working to alleviate the economic fears that could haunt businesses such as Wiskerke Onions while Britain's uncertain political future sends shockwaves to continental Europe.

The Dutch government says it's been in talks with 250 foreign firms considering moving or expanding operations into the Netherlands in the wake of Brexit. At least 42 made the move in 2018, according to figures recently published by a Dutch foreign investment organization.

The European Medicines Agency is in the process of relocating from London to Amsterdam. Electronics giants Sony and Panasonic have announced plans to move their European hubs from Britain to the Netherlands.

Not a good outlook

But the outlook overall is hardly positive, even for this country.

While some Dutch entrepreneurs see it as a business opportunity, government officials here use stark language to warn of domestic economic trouble as a result of Britain's EU breakup. Trade with the U.K. accounted for $ 43 billion US of the Netherlands' exports in 2017, according to World Bank data.

The uncertainty is also affecting operations for British firms looking beyond March 29, and prompting them to take action on the continent.

In a conference room in the suburban Dutch city of Breda on a recent morning, Brian McKenzie handed over his British passport to a notary to be photocopied. Both of them signed paperwork. 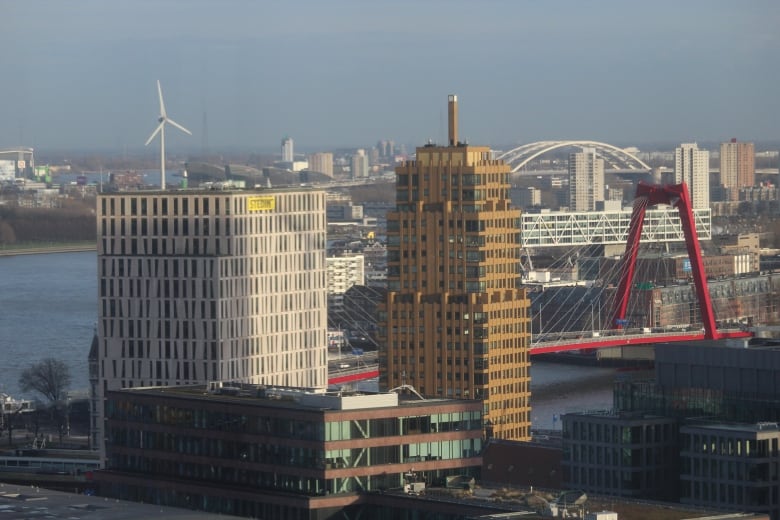 The Rotterdam skyline spreads out from the city's World Trade Center, where offices are being renovated to handle U.K. businesses that want a foothold in Europe after Brexit. (Stephanie Jenzer/CBC)

What may have seemed like a mundane interaction highlighted both the fears and business opportunities Brexit represents in the Netherlands, a top trading partner for Britain.

McKenzie acts as chief operating officer for Process Systems Enterprise (PSE), a London-based tech firm developing tools and services for petrochemical companies such as Shell and pharmaceutical giants like GlaxoSmithKline.

His recent visit to the Dutch notary's office was a step in the process to legally set up a European mainland subsidiary for PSE — a plan to avoid disruptions caused by Brexit.

"It feels like we're moving away from where our roots are," McKenzie said later. "But it's a necessity."

Gateway to the mainland

McKenzie said other British companies seeking international contracts or staff would plan to keep a foothold in an EU member state such as the Netherlands.

"I don't think there's a business in the U.K. that's not considering it," he said. 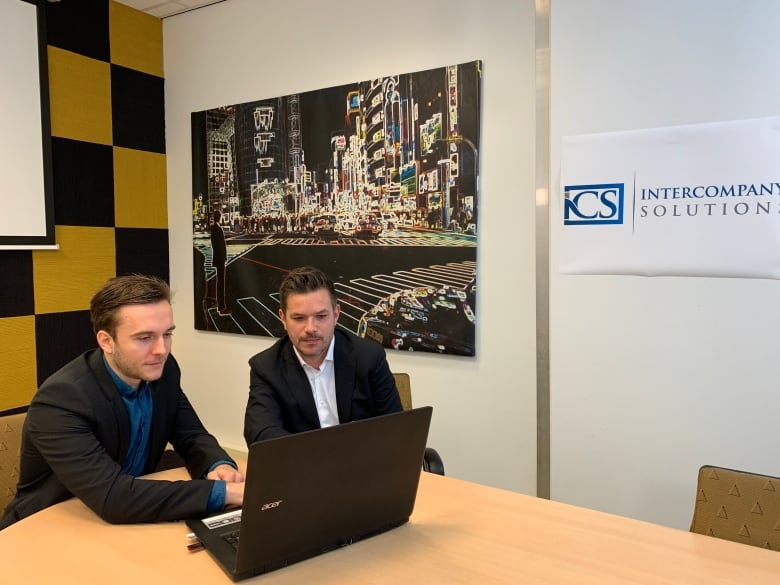 Brexit represents a boon for Bjorn Wagemakers, the Breda-based businessman who helped PSE move some operations to the Netherlands. Wagemakers said business is "great, because of Brexit."

He said his firm, Intercompany Solutions, has been receiving an increasing number of inquiries from companies with British operations seeking to move ever since Britain voted to quit the 28-member bloc in 2016. He says he's received 15 such requests just this year 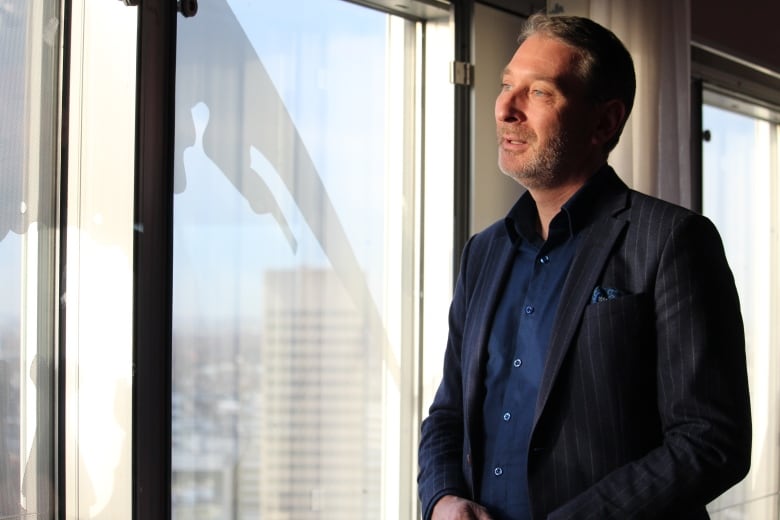 Jeroen Redder manages the business hub at the World Trade Centre in the middle of Rotterdam. (Stephanie Jenzer/CBC)

Rotterdam, a 40-minute drive from Breda, already presents itself as a gateway to the European mainland. It's home to the continent's largest port, adjacent to the North Sea. Local business promoters say it stands to reason that Rotterdam would also act as an entryway to EU-based trade.

"When forced to leave Great Britain, Rotterdam is the first port where they arrive, literally," said Jeroen Redder, who manages the business hub at the towering World Trade Centre in the middle of Rotterdam. The building is undergoing renovations and hoping to attract businesses with U.K. operations seeking greener pastures on the mainland.

A warning to businesses

A top economic policy maker in the Dutch government told CBC News the worst is yet to come.

"The effects on the Dutch economy will be big," said Mona Keijzer, the Netherlands' state secretary for economic affairs. "We say to our Dutch entrepreneurs: Prepare yourselves." 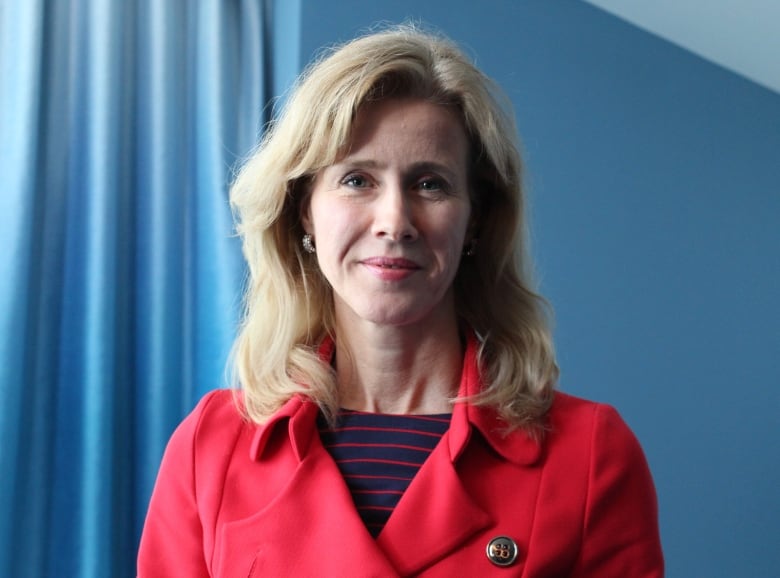 Mona Keijzer, Dutch state secretary for economic affairs and climate policy, worries about what Brexit will mean for her country because the British and Dutch economies are intertwined. (Stephanie Jenzer/CBC)

"Make sure Brexit doesn't sit — or lie — in your way," the tweet warned, with a link to a government website that lays out potential pitfalls for Dutch firms.

The longer parliamentarians in London grapple over the best way forward, the greater the odds Britain crashes out of the EU on March 29 without a divorce deal. It could leave the U.K. bound to impose — and suffer — tariffs and trade delays.

"It's a bit messy on the other side and that's a shame because our economies are very intertwined," Keijzer said.

For Wiskerke, the uncertainty is very real. 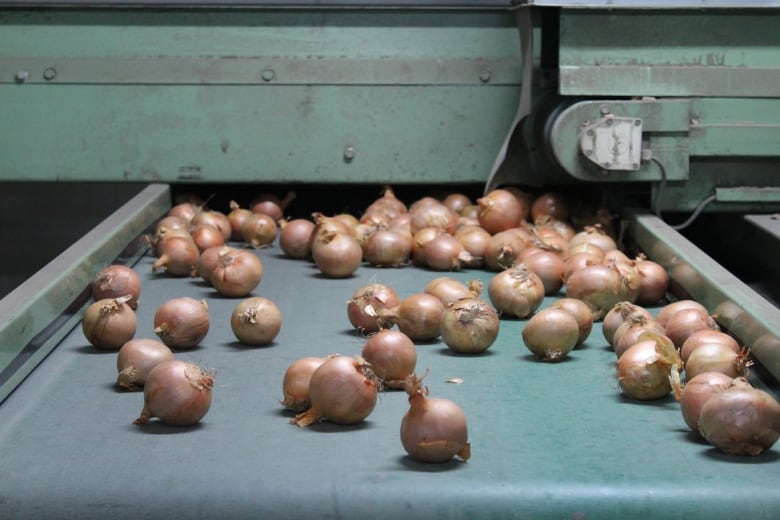 Produce ordered from Wiskerke Onions one day can be on the shelves of British grocery stores the next day. (Stephanie Jenzer/CBC)

As it stands, British grocery stores can order Dutch onions one day and have them on shelves the following day. In the event of a disorderly Brexit, she says there's "absolutely" a risk British supermarkets will run out of onions.

Wiskerke hopes Dutch produce trucks can be pre-screened before reaching Britain to avoid any delays in supply. She's confident governments will eventually agree to plans to avoid the worst Brexit-induced trade disruptions.

"They will always need onions," she said.