A Nova Scotia woman has received a double lung transplant just months after she thought the financial burden of the procedure would force her into palliative care.

Natalie Jarvis, 42, successfully had the surgery on Sunday and is now beginning her long recovery in intensive care.

Jarvis has antisynthetase syndrome with interstitial lung disease, a rare autoimmune condition. Her health deteriorated quickly at the end of 2018, and she was told her only chance of survival was to move to Toronto immediately and wait for a match.

In January, Jarvis rejected the life-saving procedure because she didn’t think she could afford to live in the city while she waited.

Lungs are the only organ not transplanted in Halifax, and the current allowance from the provincial government is $ 1,500 per month, which wouldn’t even cover her rent.

Jarvis feared that a move to Toronto would bankrupt her family, as has been the case for other transplant patients across Atlantic Canada.

Jarvis’s respirologist, Dr. Meredith Chiasson, convinced her to change her mind, and Jarvis managed to raise $ 7,000 with the help of friends, family and her employer.

Jarvis isn’t the only patient from Atlantic Canada to choose palliative care instead of a transplant because of money. Chiasson said two other patients this year made that decision and didn’t change their minds. 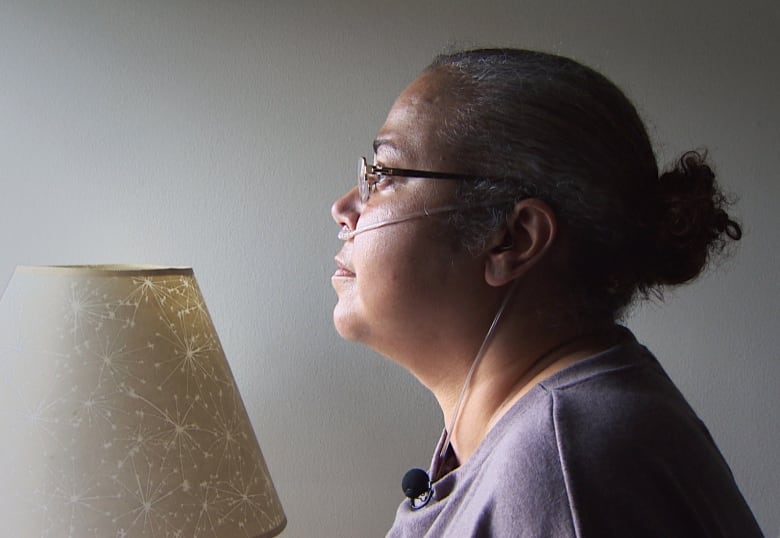 Natalie Jarvis is shown at the former university residence in Toronto she rents as she waited for her double-lung transplant. (Dave Laughlin/CBC)

After Jarvis told her story to CBC News, people from across Canada donated thousands to help her the rest of the way.

She received so much support, she started asking people to donate to other lung transplant patients or the provincial Lung Associations instead.

People who live in the Toronto-area also offered accommodations for lung transplant patients. The Nova Scotia Lung Association is creating a list of those offers for future patients to use.

After the CBC report, the health minister ordered a review of the funding in Nova Scotia. That review is ongoing.

Prince Edward Island is also reviewing its allowance for lung transplant patients, which is $ 1,000 a month.

New Brunswick’s health minister said he is waiting to see what the other jurisdictions do first before changing their assistance, which is $ 1,500 a month.

The law won’t be implemented for at least another year, but when it is, it will be presumed that all adults are open to donation unless they register not to be, or if their family speaks out. Minors will still require the consent of their family to be a donor.

“I think it’s a great idea, I think every province should follow [their] lead,” Jarvis said in an interview with CBC’s Metro Morning before her surgery.

“I couldn’t even explain to you how it’s going to feel to finally hear that I have a match,” she said. “We need to pay it forward. Why not pay it forward by giving someone a chance at a second life?”

Jarvis, meanwhile, was overwhelmed by the support, which she said inspired her to stay strong until her match was found.

“Am I scared? Of course, it’s a surgery,” Jarvis told CBC News in February. “But do I believe that everything is going to turn out OK? Yes, I do, because I believe that I’m strong enough to get through it. I have enough people that are rooting for me.”

It’s expected that Jarvis will have to stay in Toronto for three months after the surgery for her recovery.

Before the operation, she vowed to donate any leftover money from her campaign to other patients as her own way to pay it forward.