Bullies cut off some of a girl’s hair at recess. Hit a girl with a stick on her private parts and cut her. Pushed kids. Called them “ugly.” Criticized their black skin.

These are just some of the complaints surfacing about bullying at a northeast Calgary school already dealing with a bullying crisis following the suicide of one of its young students.

Nine-year-old Syrian refugee Amal Alshteiwi took her own life in March after her parents say she was bullied for months.

Amal’s parents, who don’t speak English, struggled to raise the alarm about their daughter’s bullying. But they say their requests for help were ignored by school officials who should have recognized and addressed what was happening.

Now there are new allegations of serious bullying from another family, who recently took the step of removing their children from the school altogether and moving to a different part of the city. They say their complaints also weren’t taken seriously.

Their daughter says there are two “worlds” at school.

“I would say I don’t want to go to school and she would ask me why and I’d say because I feel like I’m going to be in a different world than the bullying kids. All the bullying kids are in the happy world and the bullied kids are in a sad world,” said Grade 3 student Wangui Mui﻿gai, 8. 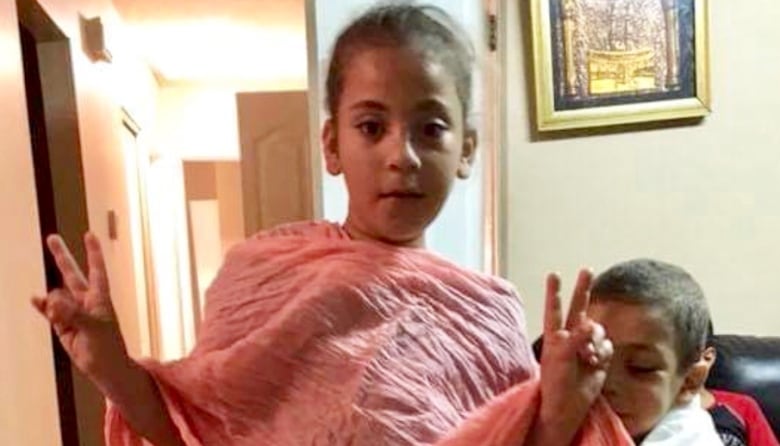 Nine-year-old Amal Alshteiwi took her own life at her northeast home in March after months of being tormented by bullies at her school. (Nasra Abdulrahman)

Wangui was in the same class as Amal Alshteiwi and says she witnessed Amal’s bullying while also being bullied herself at school and on the school bus.

“I remember Grade 5 and 6 kids teasing about her hair and she started crying and they pushed her in the snow. One boy took a ball and hit it on her. She was really sad,” said Wangui. “I saw that problem and then I hugged Amal.”

Bullying complaints are surfacing at a northeast Calgary school following the suicide of one of its young students. 0:33

Wangui and her younger sister have lots of stories about Amal’s bullying, which they say was common knowledge among kids at their school. They say bullying was happening to other kids, too, as well as themselves.

“They were saying that I’m ugly and that I was too black,” said Wangui.

Her mother, Nancy Kamau, says her daughters’ bullying problems seem to focus around race and their African roots.

“It made me feel like I had no friends around me and nobody would play with me and I would get frustrated,” said six-year-old Wairimu Muigai, Wangui’s sister. 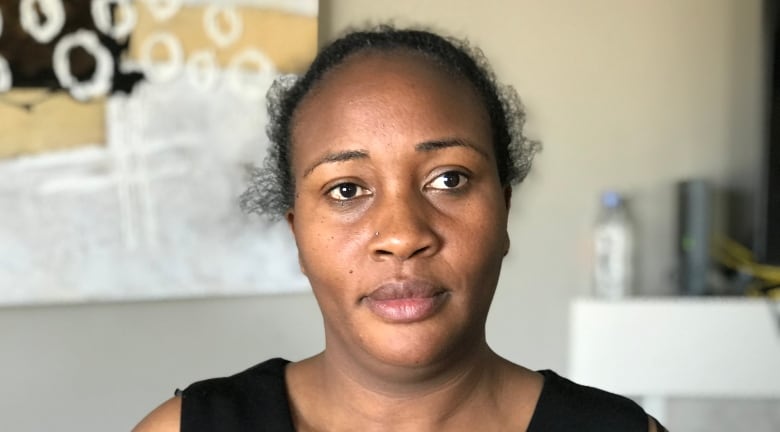 Nancy Kamau says she told the principal to “stop being blind’ to bullying at the school after her daughters were both bullied about their skin colour and race. (Dan McGarvey/CBC)

“My children being black children in that school and in that community, there were a lot of struggles, being called names,” said Kamau, who came to Calgary from Africa in 2005.

Kamau says being black in a largely south-Asian school wasn’t easy for her daughters.

“One of my daughters was hit by a boy with a stick on her private parts. She was embarrassed to tell the teachers. There was a cut, so I nursed the wound and contacted the teacher,” said Kamau.

Kamau says she was told the school would follow up but nobody called back.

In another incident, Kamau says, her younger daughter told her a boy cut off some of her braided hair with scissors during recess.

Again, she contacted the school. She says they told her they would investigate, but Kamau says no action was taken.

In one email exchange obtained by CBC News between Kamau and Wangui’s teacher, Kamau wrote: “My heart is bleeding and I am very disappointed for our kids, because so many times I’ve been called by school [that] either one of my kids is being hurt, and I know all these things are being done for there is bullying going ahead in school but as a parent I call, the answer is they will investigate but afterwards no one ever say anything.”

The teacher replied: “I would like to solve this between the girls so that both girls feel that they are safe and cared for in my classroom. As for how a school handles bullying, this is something that I am unable to comment on. However, I am always more than happy to meet with you to discuss how I prefer to deal with things in my classroom.”

Kamau says she and her husband did meet with the teacher, principal and vice-principal several times. She says they always downplayed incidents and didn’t recognize what was happening as bullying or offer any solutions.

“My concern is if my kids go to school with the CBE and they are not protected, where are my kids going to be protected?” said Kamau. 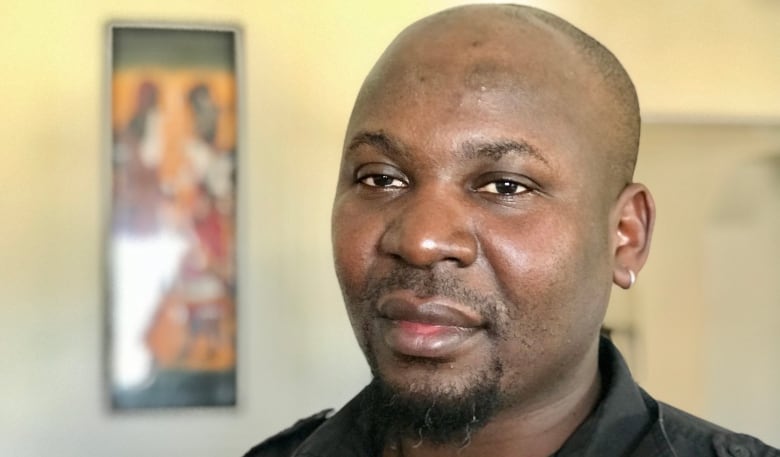 David Nganga says he wishes the school could have communicated the steps they took and what they found was happening in his daughters’ case. But he says the school denied bullying was taking place. (Dan McGarvey/CBC)

“My kids used to cry in the morning all the time, saying I don’t want to go to that school. It traumatized the kids psychologically, emotionally, and when my kids tell me what’s been going on, it traumatized me,” Kamau said.

Wangui and Wairimu are both now at a Catholic school in the northwest, making new friends and enjoying life at school again.

“I hope and I pray that will not happen again,” said Kamau.

“The CBE should have reports, they should follow up. They don’t say anything. I told the principal, ‘Stop being blind. You know there’s bullying at the school. You know that.'”

“The school, it has to change for our kids to be safe,” she said.

“Having kids come home telling you they’ve been bullied and are not happy, it’s sad,” said Kamau’s husband, David Nganga.

“You could tell she wasn’t faking it. Something really happened but the principal was ‘maybe it didn’t happen,’ she kind of denied it,” he said.

“But when that small girl committed suicide, it was scary because it could have been my own daughter. I just want CBE to follow up, so something like that doesn’t happen again,” he said.

The Calgary Board of Education emailed a statement to CBC Calgary:

“We are aware of the complaint made by this family. The school principal is reviewing this concern with support of the area director, which is our typical practice.”

“In the CBE, we have a concerns and complaints process to support parents who may not be satisfied with responses from our schools (school principals).”

About 120 people from a wide range of newcomer organizations and social agencies joined together to discuss solutions involving services and education for immigrants, specifically in regards to mental health and children experiencing bullying.

“The community responded, and if we give a them a platform to come together, we can create massive action,” said Hyder Hassan, CEO of Immigrant Services Calgary.

“The mood in Calgary is everyone wants to create some change. Let’s not forget Amal and her story and try to take some action so it doesn’t happen again,” said Hassan.

The next meeting is already being planned, which will be held at the Centre for Newcomers.