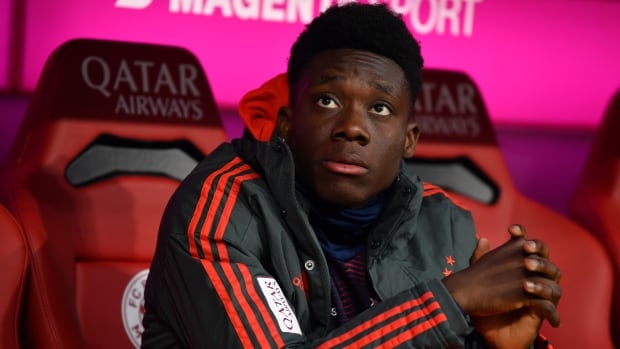 Canadian teenager Alphonso Davies has a stretched ligament in his right knee that will keep him out of Canada's CONCACAF Nations League qualifying game Sunday in Vancouver.

Canadian officials had been awaiting final word on Davies' condition from Bayern Munich, but had expected the worst.

Bayern said the 18-year-old attacking midfielder was hurt during the club's 6-0 win over Mainz on Sunday when Davies scored his first Bundesliga goal.

While calling it a "slight ligament problem," Bayern says Davies has "been ordered to rest for a few days by the club's medical department, meaning the attacker will miss Canada's upcoming match against French Guiana on 24 March in Vancouver."

On the plus side, Davies was named the sixth-best under-19 player in the world by Goal.com.

The soccer site annually rates the top young players in its Goal NxGn ratings, ranking them on first-team experience, potential and overall ability.

Canada will also be without captain Scott Arfield (calf) and veteran midfielder Will Johnson (concussion) for the CONCACAF Nations League game at BC Place Stadium.

Toronto FC midfielders Liam Fraser and Jay Chapman and Orlando City defender Kamal Miller have been called up as cover.