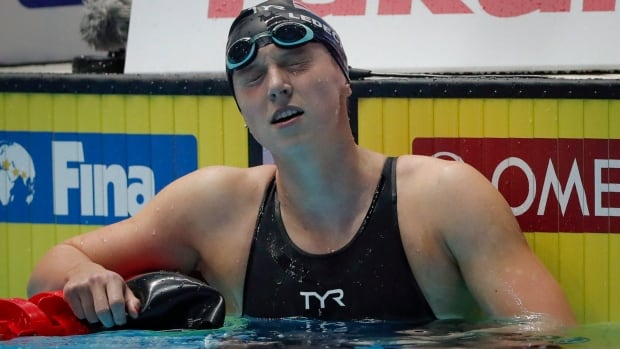 Katie Ledecky has withdrawn from the 200-metre freestyle at the world swimming championships because of medical reasons.

That’s according to a statement from U.S. national team managing director Lindsay Mintenko on Tuesday.

Mintenko says Ledecky hasn’t been feeling well since she arrived in Gwangju, South Korea on July 17.

It hasn’t yet been decided whether Ledecky will swim in the 1,500m freestyle final on Tuesday night in South Korea. She was the fastest qualifier for the grueling event in 15 minutes, 48.90 seconds — 2.68 seconds quicker than the No. 2 qualifier.

Ledecky was upset by Ariarne Titmus of Australia in the 400m free on Sunday.

Mintenko says precautionary measures are being taken with Ledecky “to allow her to focus her energy on an abbreviated schedule.”