The Humboldt Broncos came up short in an emotional first regular-season game since the team's bus crashed in April, killing 16.

It was a night marked by sadness, but also celebration as the team emerged from tragedy with the help of many of the players who survived the deadly crash.

Eight of the surviving players who aren't with the team anymore dropped the puck in the ceremonial faceoff before the game.

Kaleb Dahlgren, who now plays university hockey in Ontario, said it was important to be there.

"I think it is a step in the healing process for sure," he said. "Tonight definitely helps heal the wounds but it won't for sure heal everything. There is still lots that need to be done." 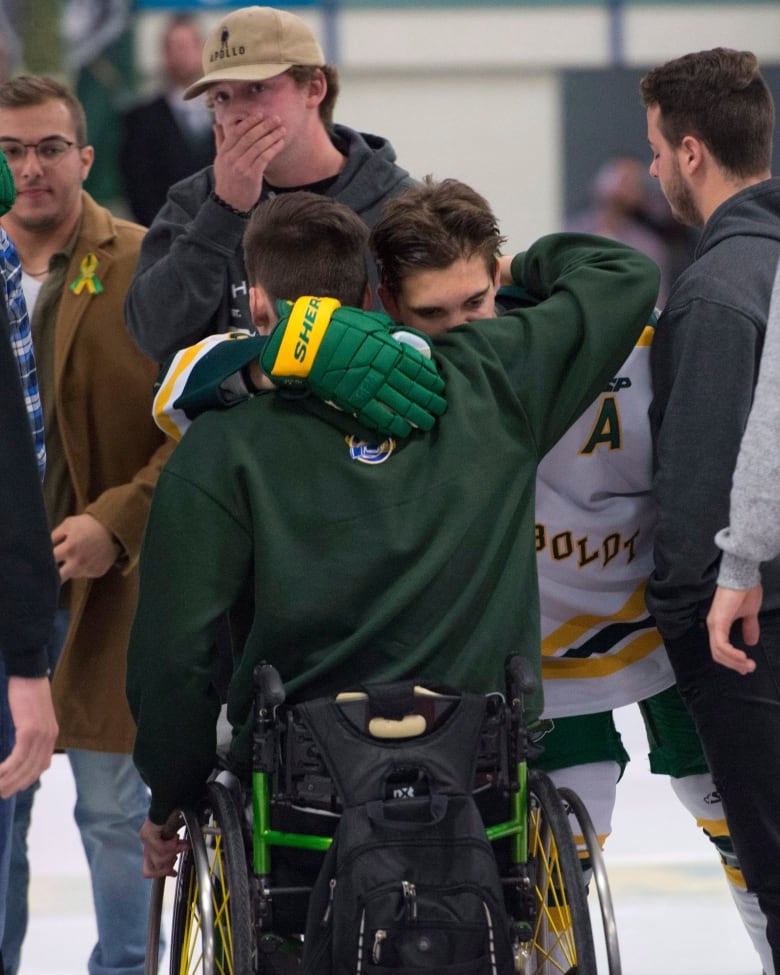 Some of their injuries were still apparent.

Xavier Labelle, who was initially mistaken as being among the dead, has a large scar running across his forehead down to his eye.

Goaltender Jacob Wassermann used a wheelchair to get onto the ice.

And while some of the survivors dropped the puck, two others suited up and played.

Brayden Camrud and Derek Patter are the only two players who were in the crash and are back on the Broncos this season.

Camrud overcame a severe concussion, loss of feeling in one of his arms and neck issues. His play stood out for the Broncos Wednesday night.

Many family members were also there.

'It's a new chapter'

Dahlgren's dad, Mark, was struck by the tribute photos outside the arena as he and his son pulled up.

"I just saw all the pictures of the people that passed on the bus and I just looked over at him and said: 'Sure glad your picture's not up there,"' he said. "We're the lucky ones and we don't take it for granted. Every day we are appreciative to have him with us."

His son said it felt different pulling up to the rink and not playing.

But the game was difficult for at least one of the players who suffered lifelong injuries in the crash.

Former Broncos player Ryan Straschnitzki, who was paralyzed from the chest down in the crash, opted not to watch the season opener in person. He wasn't even sure he wanted to watch the game on TV even though it's been on his mind. 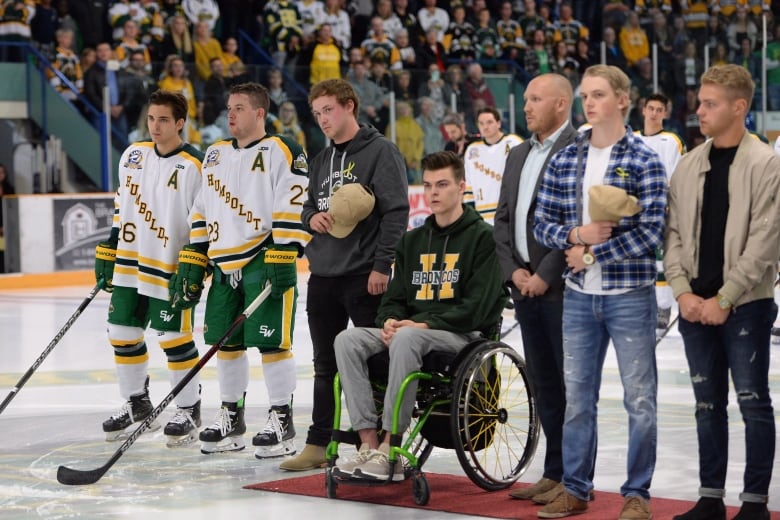 Many crash survivors attended the game and participated in the ceremonial puck drop. Some of their injuries were still apparent. Goaltender Jacob Wassermann used a wheelchair to get onto the ice. (Jonathan Hayward/Canadian Press)

Tom Straschnitzki said he understands why his son might be hesitant.

"He should be playing in this home opener today as with the other players," he said. "It's a difficult day."

"I think people were … really looking forward to the season getting going and seeing the new team and seeing the results of a lot of work from a lot of people getting the team back on the ice," he said.

"In my mind, it's kind of a new page, a new chapter in the book I guess moving forward as a community and as a team." 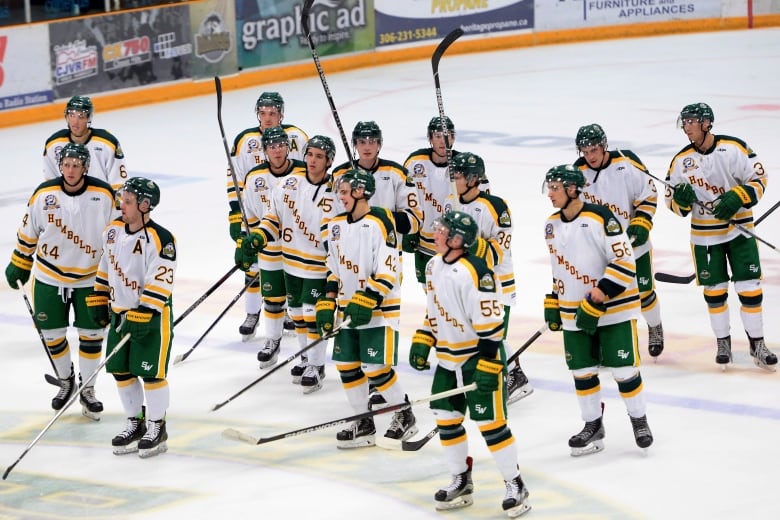 Humboldt Broncos players salute the crowd after a 2-1 on Wednesday night against the Nipawin Hawks. (Jonathan Hayward/The Canadian Press)

The opponents Wednesday, the Nipawin Hawks, were the same team the Broncos were travelling to face the night of the crash.

The Broncos will board a bus again Friday and head to Nipawin for a rematch.

Jamie Brockman, president of the Broncos, said the team is grateful for all the support it has received from across Canada and the world.