The news that Ken Holland had been lured away from his new cushy advisory role with the Detroit Red Wings and seduced with a treasure chest of cash to take over the Edmonton Oilers immediately was met with vitriol on social media.

This is 2019, after all. Most of the frustrated Oilers fan base chose to poke holes in the last five years of Holland’s resume and not take into account his entire body of work.

The criticism — or more accurately the skepticism — that Holland will not make a difference is understandable. How many of these rebuilds do the Oilers have to undergo before the good times roll?

Ken Holland is named the 10th general manager in Oilers history and president of hockey operations. 3:13

How many first overall selections does an organization need to succeed?

The Oilers have one of the best talents, if not the best, in 22-year-old superstar Connor McDavid. Yet he has played in the playoffs just once in his four seasons.

Sidney Crosby won a Stanley Cup in his fourth season. But Crosby is a best-case scenario among recent generational talents.

Maybe fans in Edmonton need a reminder that Alex Ovechkin required 13 seasons to become a league champion. Nathan MacKinnon is in his sixth season, and for the first time in his career, he has tasted playoff success. Jack Eichel has yet to make the playoffs in his three seasons with the Buffalo Sabres. Auston Matthews hasn’t won a playoff series in his three seasons with the Toronto Maple Leafs.

Holland, officially introduced Tuesday at a news conference in Edmonton, was an excellent hire. The fact he had one foot into retirement as a senior vice-president once Steve Yzerman returned to the Red Wings as general manager last month and chose to leave for another challenge is a sign as to how driven Holland is to rebuild and win again.

Sure, five years and $ 25-million US plus total autonomy were top-drawer inducements for the 63-year-old Holland. Still, he has been well compensated in Detroit and didn’t need the Oilers gig to enhance what will one day be a Hockey Hall of Fame legacy. 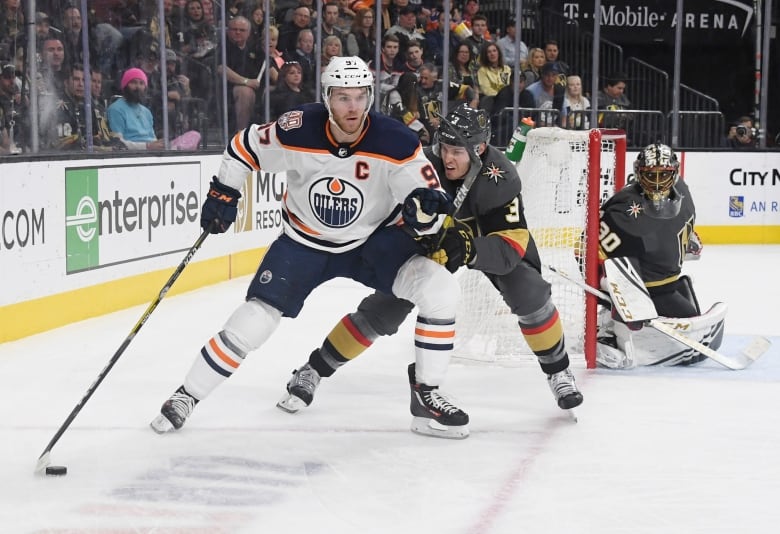 In Holland, Oilers president Bob Nicholson has someone he is familiar and comfortable with. Yes, Nicholson also knew his former GM Peter Chiarelli well because in Nicholson’s previous gig with the Hockey Canada, Chiarelli was part of the management group for the 2014 Canadian Olympic men’s team.

But Nicholson and Holland go way back. Holland helped Hockey Canada put together a roster for the 2005 world championship. He also was part of the management teams for the Canadian Olympic squads that won gold in 2010 and 2014.

Holland is a respected hockey man. He enjoyed a lengthy minor-league goalie career. His best season was when he helped the 1981-82 Binghamton Whalers advance to the AHL Calder Cup final.

After his playing career concluded in 1985 with the Adirondack Red Wings, Holland was going to return home to Vernon, B.C. and work at a local liquor store, where he toiled in the off-season, or as his mother urged him, become a vacuum cleaner salesman.

But in a surprise turn of events, his Adirondack coach Bill Dineen called to offer Holland a job as Detroit’s Western Canadian Scout. He worked his way through the Red Wings organization and became Detroit’s GM a few weeks after they won the 1996-97 Stanley Cup. As Red Wings GM, Holland won three more championship rings in 1997-98, 2001-02 and 2007-08.

While Detroit only won three playoff series after Crosby and the Penguins knocked them off in the 2008-09 Stanley Cup final, the Red Wings made the playoffs 25 straight times, 19 with Holland as GM.

He has the team in a good place after a three-year rebuild with young talents like Dylan Larkin, Andreas Athanasiou, Anthony Mantha and Tyler Bertuzzi. Holland also has stockpiled a horde of draft picks in the first three rounds of the next three drafts for Detroit. 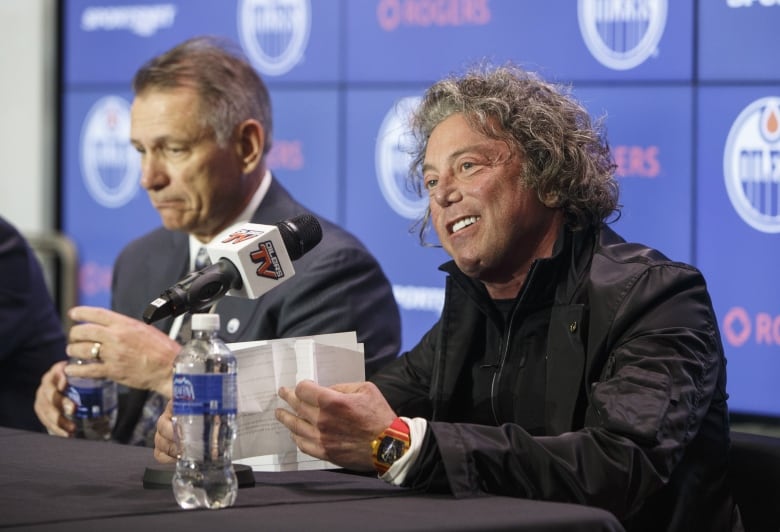 Oilers owner Daryl Katz, right, is in the midst of another rebuild. (Jason Franson/Canadian Press )

Holland is as humble as Oilers owner Daryl Katz is a recluse. He is thoughtful, funny, respected and a good listener. He has class in a blue-collar way. He would never get caught saying anything disrespectful about a player like Nicholson did with Tobias Rieder in March. How many times do you remember Holland apologizing for anything he uttered?

He will surround himself with reliable hockey people and will listen to their advice. There is no quick fix with the salary-cap strapped Oilers. They’re a mess.

Besides devising a plan for the draft, free agency and the trade market, Holland’s most important move will be to hire a coach and find a capable goaltender. Both can make a rebuild move along swifter.

Look at what first-year head coach Rod Brind’Amour has done with the amazing Carolina Hurricanes. Look at how rookie Jordan Binnington has propelled the St. Louis Blues to an unexpected visit to Game 7 of the second round.

Will Holland go with a tried and tested coach like Dave Tippett? Or will he hire someone like Todd Nelson, the old Prince Albert Raiders defenceman who spent four-plus years as the Oilers head coach with the AHL Oklahoma City Barons and a half-a-season as interim head coach with the 2014-15 Oilers?

Nelson currently is an assistant with the Dallas Stars and is only two years removed from steering the Grand Rapids Griffins to an AHL Calder Cup championship. Holland hired Nelson to coach his AHL team in Grand Rapids.

Or does Holland tap Kris Knoblauch, who was let go on Monday after two years as an assistant coach with the Philadelphia Flyers. Knoblauch played five years at the University of Alberta and just happened to coach McDavid for two-and-a-half seasons in junior with the Erie Otters.

These are interesting times for the Oilers. We’ll see how long the vitriol continues.