With little more than a month left until the U.K.'s Brexit deadline — and still no deal in sight — businesses and their capital are taking flight.

Aviva, the U.K.'s second-largest insurer, won a London court's permission this morning to move  €9 billion ($ 13.46 billion Cdn) to Dublin in advance of a potential hard U.K. crash out of the European Union on March 30. The company had earlier won approval to move an additional $ 1.72 billion to a safe European home, in order to keep paying out to customers in EU member states.

The news comes a day after Honda announced that it will close its only U.K. factory in 2021, moving production of its popular Civics to Japan, North America and China, and cutting 3,500 jobs.

The banking sector, which accounts for about 7 per cent of the U.K.'s GDP and employs close to a million people, has also been busy shifting business to members of the continental block. Goldman Sachs, Citigroup and Morgan Stanley are relocating some operations to Frankfurt. The Bank of America brokerage arm is headed for Paris.

Dublin, Luxembourg and Amsterdam are also cashing in. The Dutch have been doing particularly well, attracting €291 million in new investment and almost 2,000 jobs from 42 relocating companies in a variety of sectors, according to government report released yesterday, while talks continue with 250 other firms.

Britain's aerospace industry is decrying Brexit. Regional airline Flybmi is blaming the uncertainty for its decision to file for bankruptcy last weekend. And Airbus is saying that a no-deal exit will be "absolutely catastrophic" for its bottom line, despite having spent "tens of million of euros" preparing.

Sheep farmers are seeking millions in payouts from the British government in order to avoid a mass cull of their flocks should they suddenly lose access to the bulk of their customers in Europe.

Meanwhile, Prime Minister Theresa May is in Brussels again today, seeking a compromise on the Irish border.

The welcome was less than warm.

As <a href="https://twitter.com/theresa_may?ref_src=twsrc%5Etfw">@Theresa_May</a> arrives in Brussels with 37 days till Brexit, we’re here to welcome her with this giant billboard in the Place de Brouckère in the city centre. What do you call a Prime Minister whose only policy is something she thinks is *against* the national interest? <a href="https://t.co/QFTHK68Ils">pic.twitter.com/QFTHK68Ils</a>

Jean-Claude Juncker, the European Commission president, is holding firm, saying that he doesn't expect any "breakthrough" in the talks.

And with a divorce looming, European powers seem to be going out of their way to make an already uncomfortable situation downright torturous for May. A Spanish demand that the British territory of Gibraltar be referred to as a "colony" in a piece of legislation might now result in U.K. citizens having to purchase $ 90 visas to enter Europe starting in April.

At home, things are even worse for the British PM.

Today, three of her Conservative backbenchers defected to a new group of independent, anti-Brexit MPs, joining eight former members of Labour. With 11 seats, the non-party is now tied with the Liberal Democrats, and it boasts one more vote than the Democratic Unionist Party, which has been propping up the Tory minority government.

All of which will make it even harder for May to get any sort of Brexit deal through parliament ahead of the end-of-March deadline.

Opinion polls suggest that support in Britain for leaving the EU is softening, with 54 per cent of respondents now saying they want to remain in Europe, versus 48 per cent in favour of leaving.

Britain has racked up one Brexit win, however.

The decision means that the EU will have to keep paying rent until 2039, and it sets a precedent for other agencies and businesses decamping for Europe.

A windfall worth billions to British landlords.

Families of the Ukrainian sailors detained by Russia are growing impatient with the courtroom delays and want their loved ones back, CBC's Moscow correspondent Chris Brown writes.

The scene at the Moscow courthouse when 24 captured Ukrainian sailors appeared for a bail hearing was pandemonium.

All day long, on four floors and in multiple courtrooms, the sailors captured by Russia in the now-notorious Kerch Strait incident were ushered in and out of prisoner cages to hear the pre-ordained verdicts from judges appointed by the FSB (the secret police): ongoing detention, no bail, back to jail.

For the families of the men, the ordeal was excruciating. Many had travelled on an overnight train from Kiev to see their sons, brothers and husbands for the first time in months.

The Ukrainian sailors were taken into custody by Russia after the ships were rammed, shot at and boarded in late November. The Putin government accuses their vessels of violating Russian territory, and Russia's president has indicated he's in no hurry to let the crews return home. 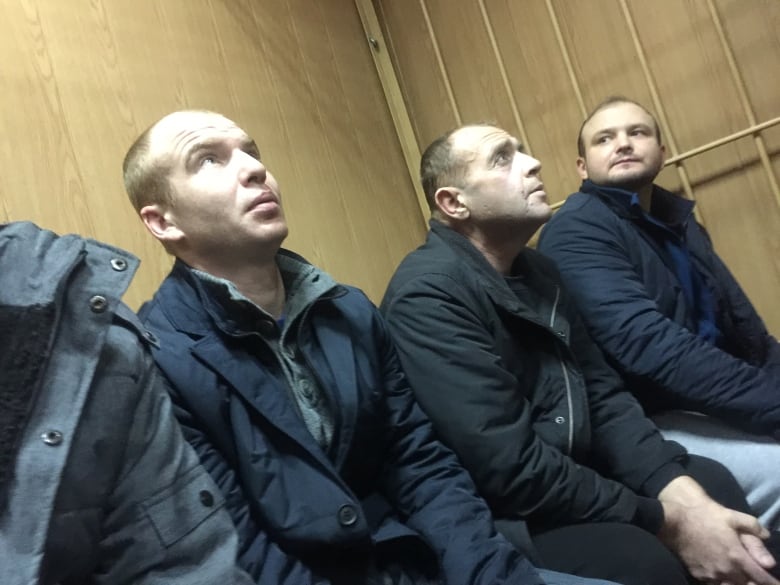 For more than eight hours that day, CBC Moscow producer Corinne Seminoff moved from courtroom to courtroom, talking to families and lawyers for the sailors.

As exhaustion for all was setting in, she caught a glimpse of Lyuba Chuliba, mother of 28-year-old Sergei, rushing towards her son as he exited the courtroom.

He was guarded by a heavyset soldier with a balaclava and a camouflage uniform. Nonetheless, she threw her arms around her son, kissed him on the cheek and said she loved him, as Seminoff videoed the encounter.

Afterwards, Chuliba told CBC News she has been reluctant to say anything publicly about her son's incarceration and treatment by Russian authorities, as there could be reprisals.

But with the weeks in prison turning into months, she has decided maybe it's time to break her silence.

Our crew from CBC's Moscow bureau is just back from southern Ukraine where they spoke to two families with sons in Russian detention. They share their anger, fear and worries that the world has forgotten about them. That's tonight on The National.

"It's their right to think how they want. But can they count? I'm sure they can. Let them count the speed and the range of the weapons systems we are developing."

– Vladimir Putin says that new American nuclear weapons will be met with Russian missile systems that target the West's "centres of decision-making." 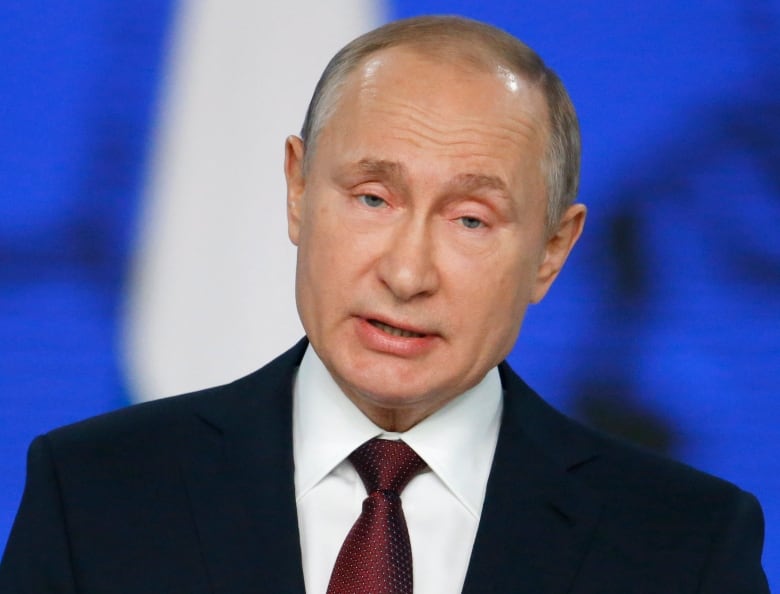 The roots of Wayne's World are firmly planted in Scarborough, Ont., says Mike Myers. "It's an adolescent, suburban heavy metal thing." But the appeal of "hanging out and being a goof" is universal, he argues. He's missing Toronto and the Leafs, but his newfound Saturday Night Live fame has its benefits, like striking up a friendship with the Wayne who Canadians really care about: Gretzky.