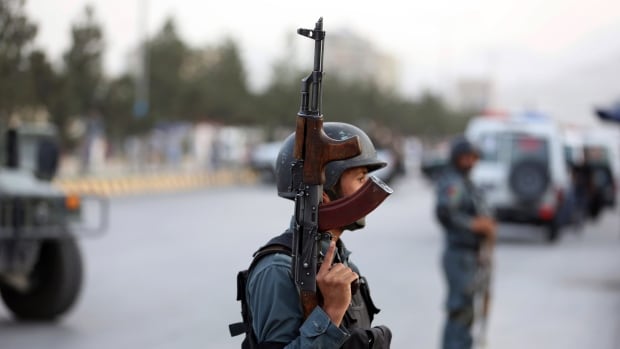 An Afghan official says at least 20 people were killed during a complex attack Sunday against the office of the president’s running mate.

Interior Ministry spokesperson Nasrat Rahimi said Monday around 50 other people were wounded in the attack against the Green Trend office in the capital Kabul.

Several gunmen were holed up inside the building for six hours before being killed by security forces, said Rahimi.

Vice-presidential candidate and former intelligence chief Amrullah Saleh was “evacuated from the building and moved to a safe location,” Rahimi said. Some 85 civilians were rescued from inside.

No one immediately claimed responsibility for the attack, but both Taliban insurgents and ISIS are active in the capital and have carried out attacks there in the past.