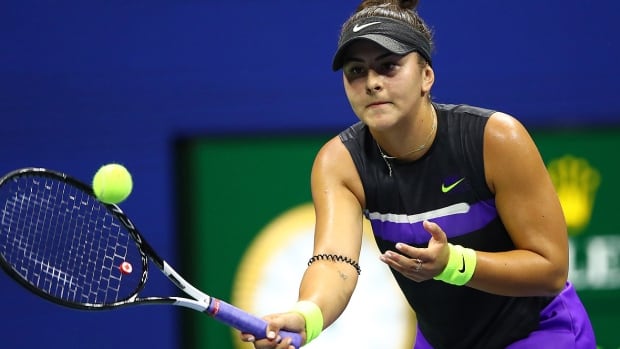 In the most important Grand Slam match of her career, Canada’s Bianca Andreescu has drawn a prime-time slot for her quarter-final matchup at the U.S. Open on Wednesday night.

Andreescu, seeded 15th, overcame a partisan crowd to beat Townsend 6-1, 4-6, 6-2 on Monday night and advance to the final eight in New York.

The 19-year-old Canadian battled past American Taylor Townsend 6-1, 4-6, 6-2 under the lights at Arthur Ashe Stadium. 1:51
The 19-year-old resident of Thornhill, Ont., who is making her third appearance at Arthur Ashe Stadium during this tournament, is the first Canadian to make the quarter-finals of the U.S. Open since Patricia Hy-Boulais in 1992.

Mertens, seeded 25th, has yet to drop a set through the first four rounds of the tournament.

Andreescu has shot up the rankings this year, highlighted by her wins at the Indian Wells Masters and the Rogers Cup in Toronto.