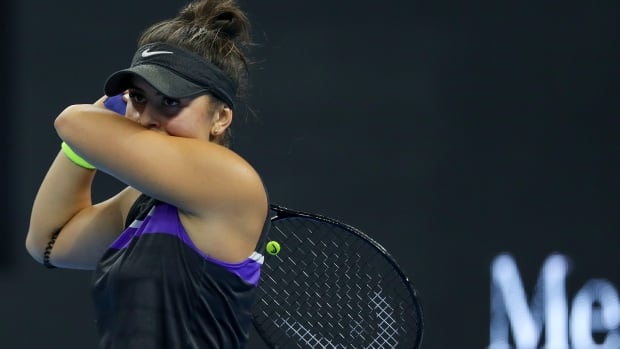 This is a web version of CBC Sports’ daily email newsletter. Stay up to speed on what’s happening in sports by subscribing here.

Bianca Andreescu’s winning streak is over

The Canadian tennis star’s 17-match run ended with a hard-fought loss to Naomi Osaka in the China Open quarter-finals. The showdown between the world’s No. 4 and No. 6 players (and the last two U.S. Open champions) lived up to its billing. The fourth-ranked Osaka rallied from a set down to win 5-7, 6-3, 6-4. Osaka’s big serve was the difference. She hit 10 aces, compared to only one for Andreescu.

Osaka is the first player to truly defeat Andreescu in more than seven months. The Canadian’s last official loss came in late March when a shoulder injury forced her to quit during a match at the Miami Open. But she hadn’t lost a completed match since Sofia Kenin beat her in the semifinals of the Mexican Open on March 1. Andreescu won her last two tournaments: the Rogers Cup in Toronto and the U.S. Open, where she became the first Canadian to win a singles Grand Slam. Her 17-match win streak was the longest on the women’s tour this year. She wasn’t just beating up on lesser opponents, either. Before today, Andreescu was 8-0 this year against players ranked in the top 10.

Today’s loss all but kills Andreescu’s (already slim) chances of reaching No. 1 by the end of the year. There’s only one big tournament left in the women’s tennis season: the WTA Finals at the end of the month. A lot of rankings points are up for grabs there, but world No. 1 Ash Barty already had a big lead over Andreescu coming into the China Open, and she’s still alive after reaching the semifinals today. So she can continue adding points here, and she’s not “defending” any. The rankings take into account a player’s results over the last 12 months, and Barty missed both the China Open and the WTA Finals last year. So it’s all gravy for her from here on out.

We’ll likely see Andreescu one more time this year, at the WTA Finals. There’s only one other event worth playing: the Kremlin Cup in Moscow starting Oct. 14. But it’s a lower-tier event. It’s worth less than half the rankings points of the China Open, and the purse is much smaller too. Several of the top players have committed to it, but Andreescu isn’t one of them at the moment. So it’s more likely she plays next at the season-ending WTA Finals. That’s a huge event, reserved for the top eight players in the world. Only the Grand Slams are worth more rankings points, and the purse is massive. It’s a round-robin format, and if a player manages to go undefeated en route to winning the tournament she’ll pocket $ 4.725 million US. That would be the biggest prize in the history of tennis.

Andre De Grasse’s streak is over too

The sprinter’s bid for a third medal at the world championships ended when Canada failed to qualify for the 4×100-metre final — by a tiny margin. The top three finishers in both heats advance, plus the next two fastest overall times. Canada finished fifth in its heat and appeared to tie the Netherlands for the last wild-card spot. But the Dutch took the photo finish by five thousandths of a second, eliminating the Canadian team of De Grasse, Aaron Brown, Brendon Rodney and Gavin Smellie.

This is the first time De Grasse has come away without a medal in a major race. He’d reached the podium in each of his first seven starts at the world championships or Olympics. That included a silver in the 200 metres and a bronze in the 100 at the current worlds in Qatar. He ran a strong anchor leg today, but it wasn’t enough to make up the deficit he faced when he took the baton.

Canada looked like a medal contender in the 4×100. It was one of only two countries (along with the U.S.) to put two men in the individual 100 final (Brown finished eighth). Canada won bronze in this evenet at the last Olympics and finished sixth at the last world championships, which De Grasse missed with an injury.

Jamaica is out too. They surprisingly finished 11th overall in the heats. The country might be in a rare down period for its men’s sprinters after the retirement of Usain Bolt. Yohan Blake was the only Jamaican to reach the 100 final, and he finished fifth.

The U.S. is favoured to win the relay, despite a sluggish heat. The Americans actually ran a slower time than Canada, but they advanced automatically by finishing third in their heat. No one has better top-end talent and depth than the U.S., which has both the gold and silver medallist from the individual 100 metres — Christian Coleman and Justin Gatlin. The Americans might get a boost for the final by adding Noah Lyles to the lineup. He didn’t run today, but he’s said he’s available for this event. Though he’s better at the 200 (he won the world title earlier this week), Lyles ran a 9.86 100 back in July. Only Coleman has posted a faster time this year.

You can watch the 4×100 final on Saturday afternoon. It starts at 3:15 and it’ll be live on the CBC TV network. You can also stream it live here.

Also at the track and field worlds…

Three Canadians competed in finals today, but none won medals. Mike Mason finished seventh in the men’s high jump, Sage Watson was eighth in the women’s 400-metre hurdles and Matt Hughes was 14th in the men’s 3,000m steeplechase.

It was a great day for the host country. Qatar’s Mutaz Essa Barshim successfully defended his title in the men’s high jump — much to the delight of the home crowd in Doha. After a week’s worth of sparse attendance, the stadium finally looked full today. Free tickets were reportedly handed out, and the fans went nuts every time Barshim cleared the bar.

With two days of competition left, Canada has won five medals — a silver and four bronze. The non-De Grasse bronze medals have come from race walker Evan Dunfee, 5,000m runner Moh Ahmed and decathlete Damian Warner. Five podiums is a solid showing, but the team will fall short of the national record of eight medals from 2015, which included two gold.

Canada has some outside podium chances on the final weekend: Saturday’s finalists are Tim Nedow in the men’s shot put, Gabriela DeBues-Stafford in the women’s 1,500 metres and Andrea Seccafien in the women’s 5,000. It would be a surprise if any of them won a medal, though. Their season bests rank either at or near the bottom among the athletes they’ll face in their finals. The best hope for one last medal on Sunday is Ahmed in the men’s 10,000 metres. He finished eighth at the last world championships. You can live stream both days of competition in their entirety here. Saturday’s coverage starts at 9:30 a.m. ET, and Sunday’s at 11:15 a.m. ET. You can also watch on the CBC TV network Saturday from 3-6 p.m. ET (including the men’s 4×100 final live at 3:15 p.m. ET) and Sunday from 3-5 p.m. ET in your local time.