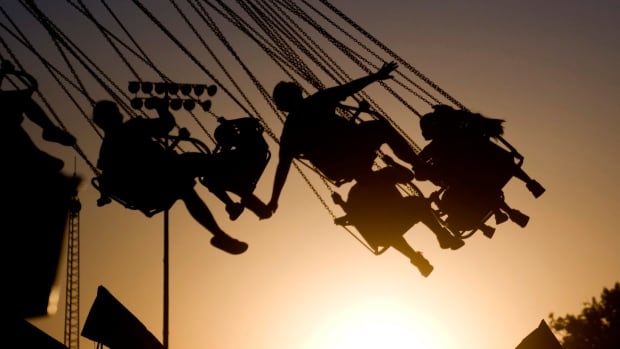 Does excess body weight somehow reduce brain regions that regulate planning and impulse control? Is obesity a result of that brain difference? Or are eating habits, lifestyle, family circumstances and genetics to blame?

Previous studies in children and adults have had conflicting results. The new research doesn’t settle the matter and outside experts cautioned that misinterpreting it could unfairly perpetuate weight stigma.

But an editorial published with the study Monday in JAMA Pediatrics called it an important addition to mounting evidence of a link between weight, brain structure and mental function.

If follow-up research confirms the findings, it could lead to new ways to prevent obesity that target improved brain function.

We know from a lot of really good research that obesity is not as much in an individual’s control as we think it is. People talk about willpower — that’s a very small part of the equation.–  Marci Gluck

“We don’t know which direction these relationships go nor do they suggest that people with obesity are not as smart as people at a healthy weight,”said Dr. Eliana Perrin, a Duke University pediatrics professor who co-wrote the editorial.

The federally-funded study involved 3,190 U.S. children aged 9 and 10. They had height and weight measurements, MRI brain scans and computer-based tests of mental function including memory, language, reasoning and impulse control. Nearly 1,000 kids — almost 1 in 3 —were overweight or obese, similar to national statistics.

Researchers found differences in the heaviest children’s brain scans, slightly less volume in the brain region behind the forehead that controls what are known as “executive function” tasks. They include things like ability to plan, control impulses and handle multiple tasks simultaneously.

The differences compared with normal-weight kids were subtle, said study author Scott Mackey, a neuroscientist at the University of Vermont.

The heaviest kids also had slightly worse scores on computer-based tests of executive function. But Mackey and lead author Jennifer Laurent, a University of Vermont obesity researcher, said it’s unknown whether any of the differences had any meaningful effect on children’s academic functioning or behaviour.

It’s unclear exactly how they are related to weight and Mackey said it’s likely other factors not measured in the study including physical activity and healthy nutrition play a far greater role.

Research in adults has linked obesity with low-level inflammation throughout the body that can damage blood vessels and may increase risks for heart disease and mental decline. Some studies have also found less brain volume in obese adults and researchers theorize that it could be from inflammation.

The new study raises the possibility that inflammatory changes affecting weight, brain structure and function might begin in childhood.

The latest research confirms previous studies in children and adults, but it leaves many questions unanswered, said Marci Gluck, a research psychologist at the U.S. National Institute of Diabetes and Digestive and Kidney Diseases, who was not part of the research.

“Executive function deficits and ‘intelligence’ are not the same,” Gluck said.

Obesity researcher Natasha Schvey of the Uniformed Services University of the Health Sciences called the study impressive, but noted that eating habits and obesity are influenced by many factors, including metabolic and psychological differences.

“We know from a lot of really good research that obesity is not as much in an individual’s control as we think it is. People talk about willpower — that’s a very small part of the equation,” she said. “There are much bigger contributors to our weight and a lot of it is genetic. That’s not to say it’s immutable.”