The White House says Supreme Court nominee Brett Kavanaugh is ready to testify in the Senate as soon as Tuesday so "he can clear his name of this false allegation," about a sexual assault while in high school.

U.S. President Donald Trump has been facing questions about his nominee amid scrutiny of a woman's claim that Kavanaugh sexually assaulted her at a party when they were both in high school.

Republicans say plans are in the works for a public session for both Kavanaugh and Christine Blasey Ford, the college professor who is accusing him of sexual assault when they were high-school age. Kavanaugh has denied the allegation.

Republican Sen. John Kennedy of Louisiana told reporters the public session would be a "full opportunity" for both to be heard.

The hearing will happen on Monday.

Earlier, Trump said "a little delay" may be needed in an upcoming Senate Judiciary Committee vote on Kavanaugh. But the president predicted that it will "work out very well."

Trump said he wants a "full process" to investigate the allegations. But the president said Kavanaugh's nomination is "on track. I think he's very much on track."

Trump has praised Kavanaugh as one of the finest people he's known. And he called a question about whether the nominee should withdraw "ridiculous."

A lawyer for the woman making the accusations about Kavanaugh said she is willing to tell her story publicly to the Senate panel considering his nomination.

Ford alleges a drunken Kavanaugh groped her and tried to take off her clothes at a party when they were teenagers in the 1980s.

"She believes that if were not for the severe intoxication of Brett Kavanaugh, she would have been raped," Katz told NBC's Today.

Kavanaugh, 53, "categorically and unequivocally" denied the allegations last week, and he issued a new statement Monday through the White House.

"This is a completely false allegation," said Kavanaugh. "I have never done anything like what the accuser describes — to her or to anyone."

Katz told ABC's Good Morning America her client is "willing to co-operate" with investigators and the Senate's judiciary committee.

"No one in their right mind regardless of their motives would want to inject themselves into this process and face the kind of violation that she will be subjected to by those who want this nominee to go though.… She was quite reluctant to come forward."

Kavanaugh said in his statement he "had no idea who was making this accusation until she identified herself."

He was seen arriving at the White House late Monday morning. There was no immediate explanation of the reason for
his visit.

On Fox News on Monday morning, White House adviser Kellyanne Conway said Ford "should not be insulted and she should not be ignored."

Conway said if Ford is heard by the committee, her testimony "has to be weighed against what we already know, which is that Judge Kavanaugh is a man of character and integrity." 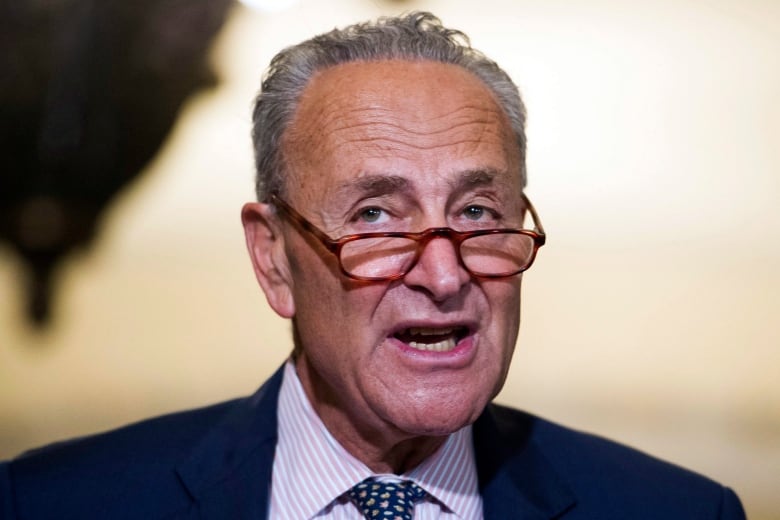 The Republican-controlled Senate panel had been committed to a vote on Kavanaugh on Thursday despite the fast-moving developments of the past week. All 10 Democrats on the judiciary committee are pushing for a postponement.

Critics have already accused the Republicans of fast tracking the process to get Kavanaugh on the court by Oct. 1, the first day of the fall term.

The allegation against Kavanaugh first came to light late last week in the form of a letter that had been for some time in the possession of Dianne Feinstein, the top Democrat on the judiciary committee and one of its four female members. On Sunday, the Washington Post published an interview with Ford, who decided to go public after months of soul searching.

With a name and disturbing details, the accusation raised the prospect of congressional Republicans defending Trump's nominee ahead of midterm elections featuring an unprecedented number of female candidates and informed in part by the #MeToo movement.

Kavanaugh, Ford told the Post, pinned her to a bed at a Maryland party in the early 1980s, clumsily tried to remove her clothing and put his hand over her mouth when she tried to scream.

"I thought he might inadvertently kill me," said Ford, 51, a clinical psychology professor at Palo Alto University in California. "He was trying to attack me and remove my clothing." She told the Post that she was able to escape after a friend of Kavanaugh's who was in the room jumped on top of them and everyone tumbled. 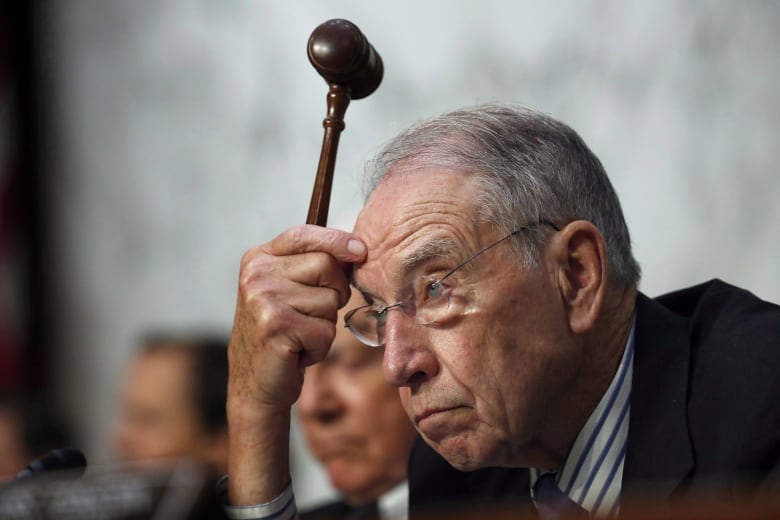 Chuck Grassley, Republican from Iowa and chair of the judiciary committee, has not given an indication that the vote would be postponed. (Alex Brandon/Associated Press)

In the interview, Ford said she never revealed what had happened to her until 2012, when she and her husband, Russell Ford, sought couples therapy. Russell Ford said he recalled his wife using Kavanaugh's last name and expressing concern that Kavanaugh — then a federal judge — might someday be nominated to the Supreme Court.

Two committee Republicans — all 11 on the Republican side are men — Senators Jeff Flake of Arizona and Lindsey Graham of South Carolina, said they wanted to hear more from Ford. Flake went as far as to say he was "not comfortable" voting for Kavanaugh for the time being.

A potential No vote from Flake would complicate the judge's prospects. A Republican not on the committee, Sen. Bob Corker of Tennessee, said the vote should be postponed until the committee heard from Ford.

A committee spokesperson said late Sunday Grassley was trying to arrange separate, followup calls with Kavanaugh and Ford before the scheduled vote, but just for aides to Grassley and California Democrat Feinstein.