The timetable for the U.K.'s impending exit from the European Union seems likely to get pushed back at today's leaders summit in Brussels.

But whether the deadline to ratify a deal  remains March 30 or gets kicked into late May, things are suddenly getting real.

As of this morning, the British government's emergency Cobra committee  is now in charge of No Deal preparations. And the full crisis plan, known as "Operation Yellowhammer" — a random, computer-generated codeword that references a small songbird — is scheduled to go into effect on Monday.

The worse-case-scenario contingencies will see 3,500 troops put on standby across the country in case of civil unrest, preparations for truck traffic chaos at the Port of Dover, and the commandeering of ferry space for drugs and other medical supplies. 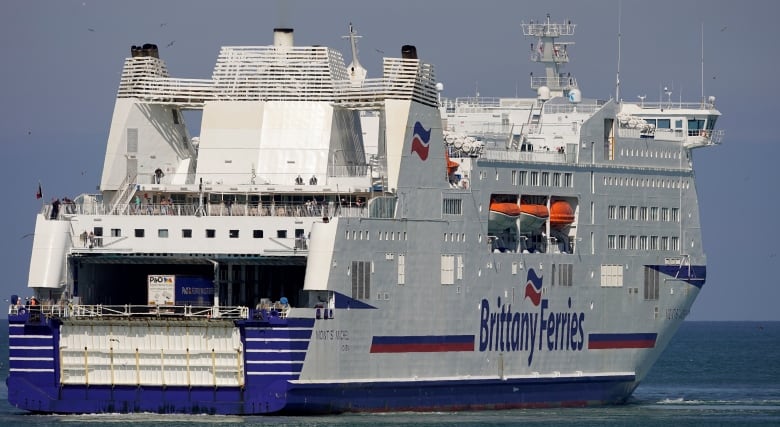 As part of the U.K.'s Brexit crisis plan, ferries may be used to transport essential goods. (Christopher Furlong/Getty Images)

And Theresa May's government fears that the situation could get much grimmer, with cross-Channel trade delays leading to food shortages, rationing, and a drop in livestock production as feed crops get diverted to hungry Britons.

Businesses and public institutions, meanwhile, have been busy stockpiling supplies for months in case of a hard Brexit:

Luxury Swiss watch exports to Britain jumped 80 per cent in February as retailers prepared for supply disruptions (or perhaps a sharp uptick in muggings).

While on the other end of the spectrum, the U.K.'s largest supplier of toilet paper — a German firm — has stockpiled 3.5 million rolls, and has arranged to charter ships to bring more wiping material in from a factory in Naples, as nature calls.

In fact, warehouses and manufacturing facilities across the U.K. are now so stuffed with Brexit precautions that storage space is at a premium. 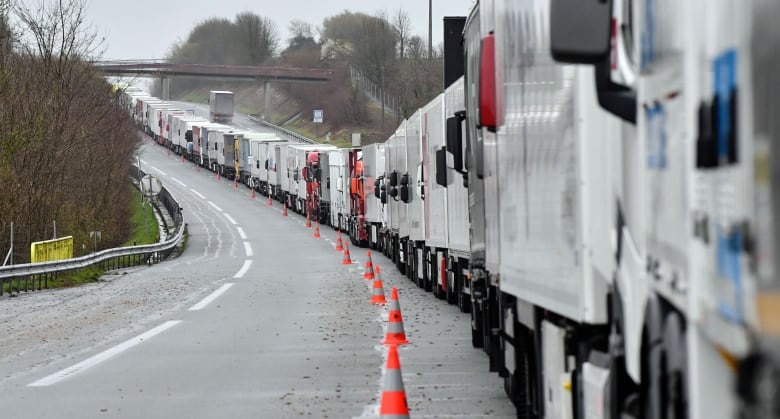 Trucks created a traffic jam on the A16 highway in Calais on their way to the Channel Tunnel on March 14 as French customs officials went on strike for better pay and more staff based on the extra work connected with Brexit. The strike was also meant to highlight the delays that will happen at the border if greater controls are put in place due to Brexit. (Denis Charlet/AFP/Getty Images)

But all those prudent preparations may end up triggering the very sort of crisis they are aiming to avoid.

NHS Providers, the organization that represents local hospitals, warned yesterday that there is already a shortage of 160 different drugs, including those used to treat mental illness, heart problems and high blood pressure, due to a surge in orders.

And there are fears that panic-buying  among consumers will see store shelves stripped bare as the No Deal deadline approaches.

A poll taken earlier this month suggested that 28 per cent of U.K. residents  had already begun squirreling away extra provisions, and it's estimated that the public has spent an extra £4.6 billion in recent weeks over Brexit concerns.

This analysis, based on more than 3,000 posts to a Brexit preppers online forum, concluded that the most popular items being stockpiled include pasta, tinned fruit and vegetables, spices, tea, diapers and wine — lots of wine.

Although sometimes all that anxiety and alcohol leads to unwise impulse purchases.

Like the man in Worcester, who recently downed a few glasses and made an online supermarket order that came to $ 1,150 Cdn.

– Xavier Bettel, the prime minister of Luxembourg, expresses his frustration over the U.K. Brexit negotiations.

Luxembourg Prime Minister Xavier Bettel speaks to the media as he arrives for the two-day summit of European Union leaders on Thursday in Brussels, Belgium. (Sean Gallup/Getty Images)

The temperature around the SNC-Lavalin affair is rising again, writes The National's co-host Rosemary Barton.

It seems like just yesterday I was asking the question: how do the Conservatives keep the SNC-Lavalin story going?

Oh wait, it was yesterday.

This was supposed to be the week the Liberals tabled their pre-electoral budget and put this mess behind them. They have not succeeded.

But let's not give all the credit to the Conservatives for stoking the fire with the marathon voting session they triggered Wednesday, and which was still grinding away today in the House of Commons.

Instead, let's turn to our pal Paul Wells, who sat down with Jane Philpott earlier this week for an exclusive interview. It was published this morning, a day after Philpott reportedly faced a barrage of tough questions from her Liberal colleagues during a closed-door session of the Ontario caucus.

You can read the full transcript of the interview here. But suffice it to say that Philpott is suggesting there is "more to be told," and that the only way she can deal with all of this is to say, "… this is not my fault. I did not start this." 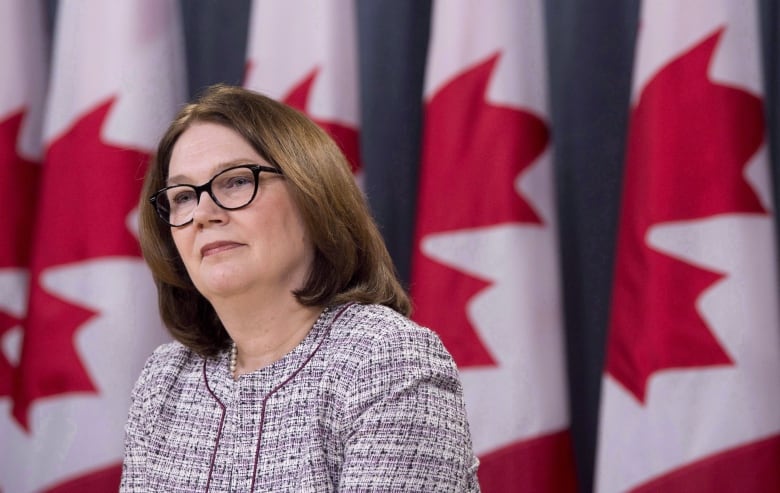 The interview leaves me with more questions, too.

Philpott makes it very clear she is a Liberal and doesn't want Andrew Scheer to become prime minister, even though she acknowledges that she is hurting people in her party. But she adds that she doesn't feel she can speak further about specific details because of the restrictions around cabinet confidence.

So we are left with this ominous notion of something more, and little else for context.

The Conservatives were already outraged. This only adds more heat to the issue, and many, many MPs have been up all night voting as the official opposition uses the only tools available to them to demonstrate that anger. 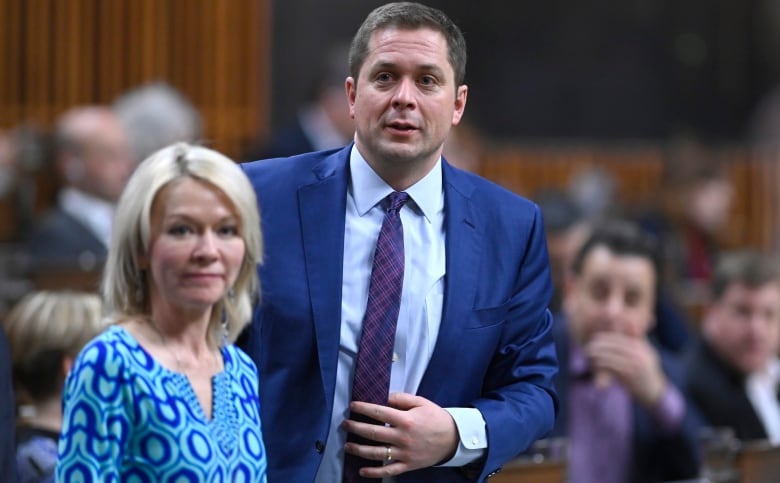 Conservative leader Andrew Scheer rises to vote during a marathon voting session in the House of Commons on Parliament Hill in Ottawa as it continued into the night on Wednesday. (Justin Tang/Canadian Press)

The Liberals appear to be powering through, but it is unclear how this will end.

Some of the Liberals I've been talking to this morning are now just frustrated and angry with both Philpott and Jody Wilson-Raybould, and the fact that they remain in caucus but have yet to clear the air.

Conservatives would say that is the government's own fault for shutting down the Justice Committee's study into the SNC-Lavalin affair.

It seems to me that this is an impossible situation for everyone involved.

Lots to talk about for Chantal Hébert, Althia Raj and Jason Markusoff. See you for At Issue later tonight. Send coffee.

The catch of the year.

A half-century after the end of the First World War, Canada is still dealing with the stiff restrictions on alcohol that were put in place to discourage factory workers and soldiers from getting hammered. But the long, national nightmare of booze being dispensed by form-checking provincial employees is coming to an end with the advent of self-serve liquor stores. Take 30 checks in on the state of drinking across the country.