A California couple who for years starved a dozen of their children and kept some shackled to beds were sentenced Friday to life in prison, ending a shocking case that revealed a house of horrors hidden behind a veneer of suburban normalcy.

David and Louise Turpin were sentenced Friday during an emotional hearing that saw some of their children speak publicly, alternatively speaking of love for their parents and of what they had suffered.

The conditions of the Turpin home came just over a year after the couple’s 17-year-old daughter jumped out of a window of the family’s squalid home and called 911. She reported that some of her siblings were chained to their beds and that she hadn’t bathed in months. None of the children were publicly identified.

One of the adult children walked into court already in tears, holding hands with a prosecutor, said in court that “My parents took my whole life from me but now I’m taking my life back.”

“Life may have been bad, but it made me strong. I fought to become the person that I am. I saw my dad change my mom. They almost changed me, but I realized what was happening. … I’m a fighter. I’m strong and I’m shooting through life like a rocket,” the daughter said.

The Turpins will be eligible for parole after 25 years.

Louise Turpin wept as she apologized for hurting her children, while her husband struggled to give a short statement.

His lawyer read part of a statement because he was too upset. “My homeschooling and discipline had good intentions,” he said. “I’m sorry if I’ve done anything to cause them harm.”

Louise Turpin spoke for herself, saying, “I’m sorry for everything I’ve done to hurt my children. I love my children so much. … I only want the best for them.

“They are very smart, amazing individuals. I hope they get all the education they need to make their dreams come true. They deserve only the best in life. I don’t want any of them to be sad or depressed because of all of this.

“I want them to know that Mom and Dad are going to be OK. … I really look forward to the day I can see them, hug them and tell them I’m sorry,” the mother went on to say.

Some of the other children said they still love their parents. One asked for a lighter sentence because “they believed everything they did was to protect us.” 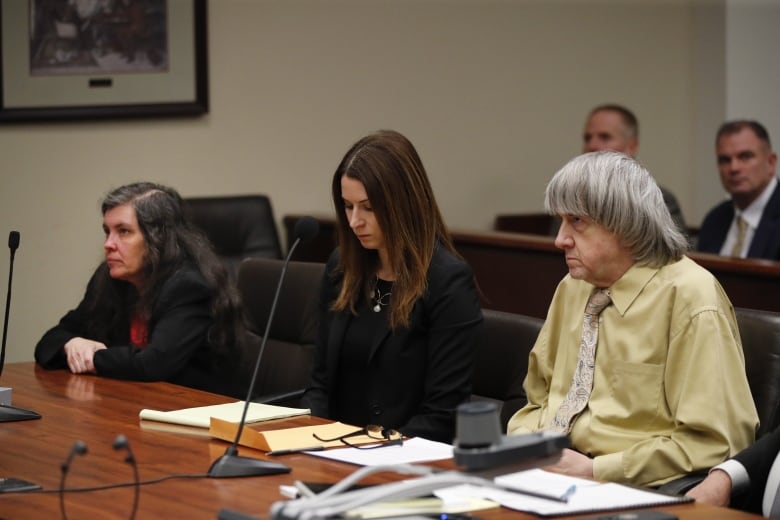 David Turpin, right, and wife, Louise, left, listen to the judge, along with attorney Allison Lowe, during a courtroom hearing, Feb. 22, in Riverside, Calif. Their case was dubbed a ‘house of horrors.’ (Jae C. Hong/Associated Press)

“I love both of my parents so much. Although it may not have been the best way of raising us, I am glad that they did because it made me the person I am today. I just want to thank them for teaching me about God and faith. I hope that they never lose their faith. God looks at the heart and I know he sees theirs. I pray often for them.”

Another child said the following in their statement: “Sometimes I still have nightmares of things that have happened, such as my siblings being chained up or getting beaten. But that is the past and this is now. I love my parents and have forgiven them for a lot of the things that they did to us.”

It’s the first time the children have spoken publicly since the arrest of their parents.

The home in a middle-class section of Perris, a small city about 96 kilometres southeast of Los Angeles, appeared to be neatly kept. Neighbours rarely saw the kids outside, but nothing triggered suspicion.

But when deputies arrived, they were shocked to find a 22-year-old son chained to a bed and two girls who had just been set free from shackles. Most of the 13 children — who ranged in age from two to 29 — were severely underweight and had not bathed for months. The house was covered in filth and filled with the stench of human waste.

The children said they were beaten, caged and shackled if they did not obey their parents.

David Turpin, 57, had been an engineer for Lockheed Martin and Northrop Grumman. Louise Turpin, 50, was listed as a housewife in a 2011 bankruptcy filing.

The teenage daughter escaped by jumping from a window. After a lifetime living in isolation, the 17-year-old did not know her address, the month of the year or what the word “medication” meant.

But she knew enough to punch 911 into a barely workable cellphone and began describing years of horrific abuse to a police dispatcher. 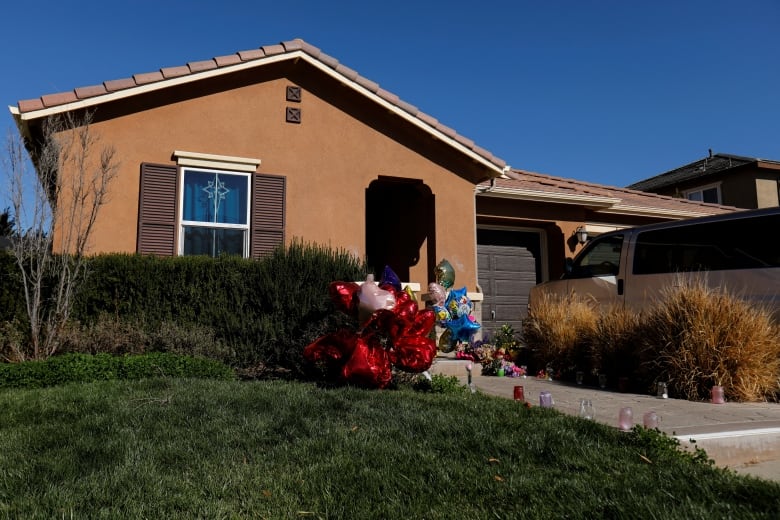 Balloons, stuffed animals and flowers are seen in the front yard of the home of David Allen and Louise Anna Turpin in Perris, California, U.S., January 24, 2018. (Mike Blake/Reuters)

Deputies testified that the children said they were allowed to shower only once a year. They were mainly kept in their rooms except for meals, which had been reduced from three to one per day, a combination of lunch and dinner. The 17-year-old complained that she could no longer stomach peanut butter sandwiches — they made her gag.

The children were not allowed to play like normal children. Other than an occasional family trip to Las Vegas or Disneyland, they rarely left home. They slept during the day and were active a few hours at night.

Although the couple filed paperwork with the state to homeschool their children, learning was limited. The oldest daughter only completed third grade.

“We don’t really do school. I haven’t finished first grade,” the 17-year-old said, according to Deputy Manuel Campos.

Investigators found there was no evidence the couple’s toddler had been abused, but all of the children were hospitalized.

The lives of the children “have been permanently altered in their ability to learn, grow and thrive. You have delayed their mental, physical and emotional health. To the extent that they do thrive … it’ll be not because of you both but in spite of you both,” said Judge Bernard Schwartz, during the sentencing.

“The only reason that your punishment is less than the maximum time in my opinion is because you accepted responsibility at an early stage in the proceedings to spare your children from having to relive the humiliation and the harm they endured in that house of horrors.”