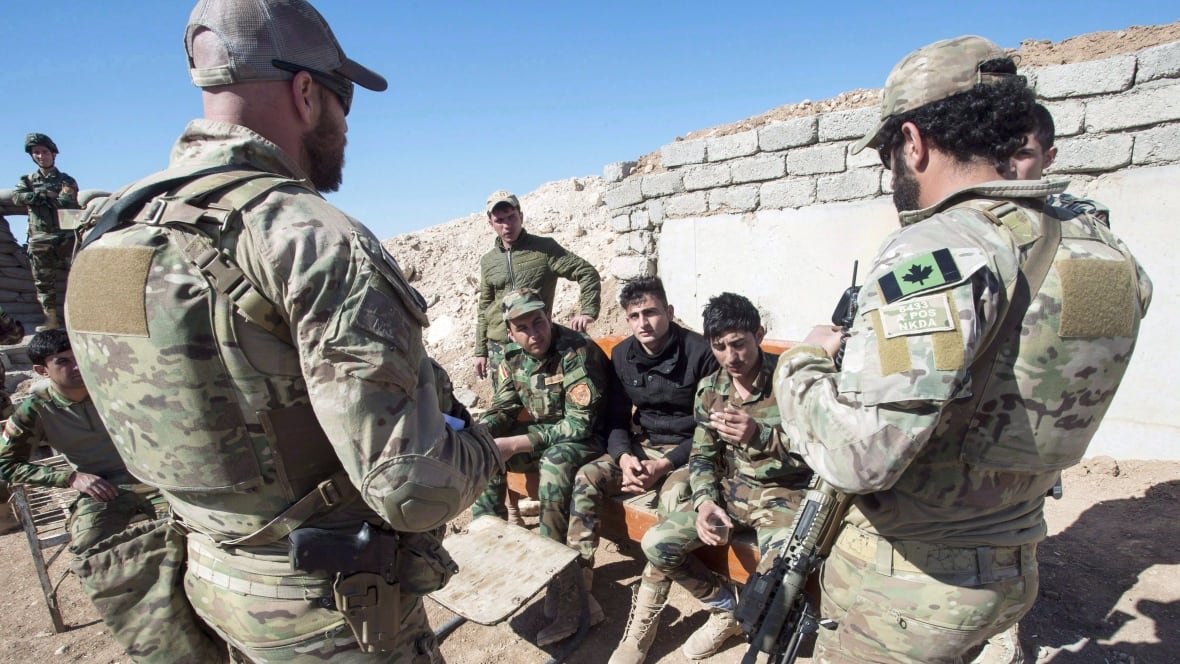 Canada’s special operations troops have put a temporary hold on their training of Iraqi and Kurdish forces in the wake of fighting between the two factions.

Although sprinkled in different locations outside of the main Canadian base in Erbil, the troops are safe and have not sustained any injuries as a result of recent clashes, the military said.

The news came late Friday in a brief statement from a senior official at National Defence headquarters.

Roughly 200 Canadian commandos have been providing advice and assistance on the ground in northern Iraq since late 2014 in an effort to help defeat ISIS militants, a mission that the Liberal government recently extended for two years.

“Given the fluidity of the current situation, Canada’s Special Operations Task Force has temporarily suspended the provision of assistance to various elements of Iraqi security forces,” said Col. Jay Janzen, the director of military strategic communications.

“Once greater clarity exists regarding the interrelationships of Iraqi security forces, and the key priorities and tasks ahead, the task force will resume activities.”

In the meantime, Janzen said officials will monitor the situation.

The special forces are not the only Canadian military on the ground in Iraq. There are intelligence officers, a helicopter detachment and a medical contingent based in Erbil, the Kurdish capital. Separately, in Kuwait, there is a surveillance plane and an air-to-air refueller.

There is no change to those other elements, said Janzen.

U.S.-backed Iraqi government forces, Iranian-backed paramilitaries and Kurdish fighters fought alongside each other in Iraq to defeat ISIS, but the alliance has faltered now that the militants are largely defeated.

Fighting broke out between Iraqi and Kurdish forces on Oct. 16, after Iraqi forces seized the northern oil city of Kirkuk.

Canadians had been in the area until just before the fighting broke out.

“They were already gone by the time incidents started,” said Janzen.

Iraqi Prime Minister Haider al-Abadi on Friday ordered a 24-hour suspension to military operations against Kurdish forces, to allow for the peaceful deployment of Iraqi troops at border crossings with the Iraqi Kurdistan region.

A Kurdish spokesperson and even the U.S.-led coalition had earlier said the two sides had reached a ceasefire agreement.

Tension has been building since the Kurdish referendum on independence, which was held in September in the three provinces that make up the Kurds’ semi-autonomous region.

The central government in Baghdad had demanded the annulment of the vote and the transfer of border control and other infrastructure to federal forces.

This week, Kurdish officials offered to “freeze” the results of the vote, but al-Abadi rejected that offer Thursday.

How long the Canadian suspension will last depends on conditions on the ground, said Janzen.

“I would just like to remind folks that we had a specific mandate in Iraq and that mandate was to help Iraqi security forces rid their country of Daesh,” said Janzen. “Anything that doesn’t fit in with that mandate is problematic for our forces. So, if there are other types of actions going on, we will get out of the way, [and] remove ourselves until the situation is more clear.”

When the Liberal government reconfigured the Canadian mission in early 2016, it promised to ship weapons to the Kurds in order for them to more effectively take on ISIS.

Those shipments have remained undelivered, partly because the Iraqi government has refused to sign off on the permits.