Sure, reigning world champ Christian Coleman isn’t likely to race in the Tokyo Olympic final on Aug. 1, 2021 — he’s reportedly appealing a two-year ban announced Tuesday after three violations of doping control rules — but fellow American Justin Gatlin, 38, continues to shine, as do others.

“It’s a toss-up,” Bailey, the 1996 Olympic gold medallist in the 100, said in a phone interview. “There are easily five men that could be the No. 1 guy in Tokyo and Andre’s in the mix. It’s now a very level playing field.”

Bailey added the Coleman news should provide De Grasse a confidence boost as he prepares for Tokyo.

De Grasse, who “respectfully declined” through his agent to be interviewed for this story, had a standout 2019 comeback season after being sidelined much of 2017 and 2018 with right hamstring injuries.

The 25-year-old from Markham, Ont., reached the podium in six of eight races in the 100 on the professional Diamond League circuit and the last of his four sub-10-second performances earned him a bronze medal at the world championships in Doha, Qatar. 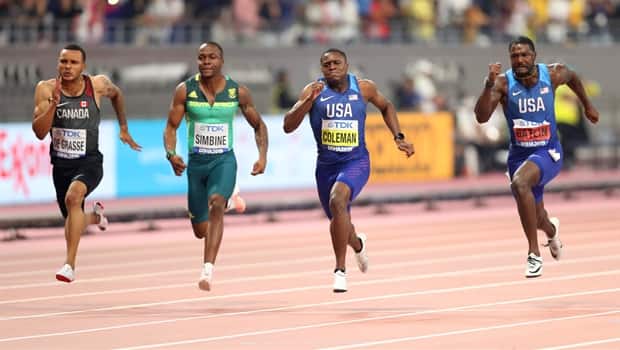 “One of the things Andre showed is he’s getting all of his confidence back,” Bailey said of De Grasse in September 2019. “He’s got a little swagger and he’s certainly not afraid of anyone.”

“Andre’s speed endurance has always been pretty good and he tends to relax the longer a race is,” Bailey said. “He doesn’t panic like some other sprinters. You have to have a level of confidence if you’re going to compete in the 100 metres.

“All my work was done before a big race and Andre’s should be as well before Tokyo so there’s nothing else to think about but relaxing, taking it all in and putting your best foot forward.” 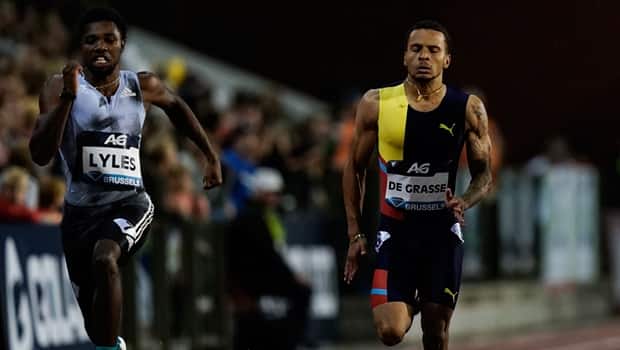 American Noah Lyles won in a wind-assisted 9.93 seconds, ahead of Andre De Grasse of Markham, Ont., who clocked 9.97 seconds at the Back to the Track Series in Clermont, Fla. on Friday. 0:56

This will be paramount for De Grasse, Bailey noted, should it be safe enough for track athletes to race in Europe early in 2021 during a global pandemic.

Five different men prevailed across the eight Diamond League meets in 2019 and 10 reached the podium, indicating the path to Olympic gold is wide open after the retired Usain Bolt won three in row before retiring in 2017.

Lyles won twice, clocking 9.86 to defeat Coleman in a photo finish in May 2019 in China and finishing the season on top at the Diamond League Final in Zurich. With Coleman no longer a threat in 2021, Bailey wondered if the “very good and very consistent” Lyles would double up and race the 100 in Tokyo as well as the 200, his signature event.

Gatlin ‘not afraid of big stage’

Ditto for De Grasse, who ranks sixth in the world in the 100 and third in the 200. The Canadian faced Lyles twice at Florida meets in July and lost each time after De Grasse also lost a 200 showdown against his American opponent in the world final on Oct. 1, 2019.

“He’s not afraid of the big stage,” said Bailey, “and seems to be getting more technically sound as he gets older.” 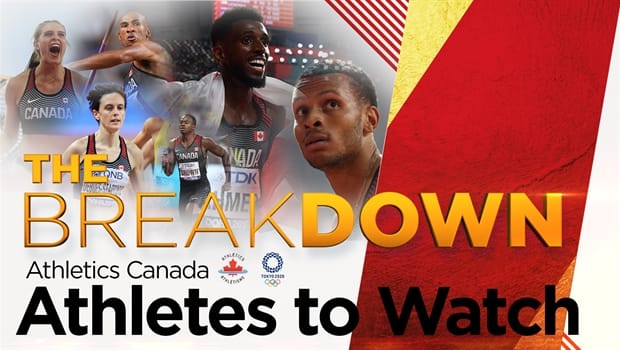 The Canadian track and field team is full of potential talent heading into the Tokyo Olympics planned ready to be held in 2021. CBC Sports Anson Henry breaks down the key athletes to watch at The Games. 2:47

South Africa’s Akani Simbine placed fourth at the 2019 worlds and this past March clocked 9.91 racing in the capital city of Pretoria.

“He seems to run very fast in South Africa but when he gets to Europe it takes him a while to adjust,” said Bailey. “He definitely has the speed and talent to win but has yet to do that on the big stage.”

“Aaron has the potential to be in the mix if he gets a bit more aggressive,” said Bailey of the 2019 Canadian champion. “Once he gets to top speed, he’s very good, but he definitely needs work on his first 30 [metres].”