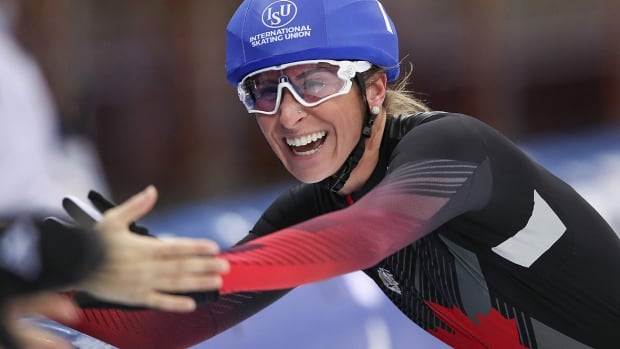 Ivanie Blondin rebounded in a big way with a first-place finish in Sunday’s mass start, just 24 hours after a 12th-place performance in the women’s 1,500 metres at a speed skating event in Minsk, Belarus.

The Ottawa native sprinted past arch rival and world champion Irene Schouten of the Netherlands in the final straight, posting a time of eight minutes 22.63 seconds.

Ivanie Blondin wins the mass start to close the world cup action in Minsk🥇🇨🇦 <a href=”https://t.co/fCwQww9GqF”>pic.twitter.com/fCwQww9GqF</a>

On Friday, the 29-year-old Blondin finished third in the 3,000 —  her 37th World Cup medal in events with Olympic status — in a race won by teammate Isabelle Weidemann. They finished fifth and fourth, respectively, in last year’s overall standings for long distances.

Blondin won a pair of gold medals a month ago at the Canadian long track championships in Calgary, capturing the women’s 1,500 and mass start on the last day of competition.

The second of five ISU World Cup events begins Nov. 22 in Tomaszow Mazowiecki, Poland, and will be live streamed at CBCSports.ca.