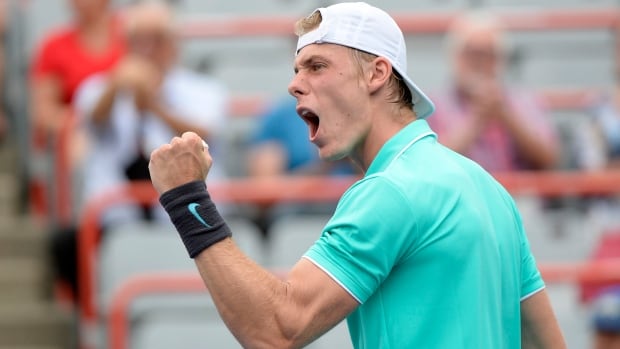 Canadian Denis Shapovalov is moving on to the quarter-finals at the Winston-Salem Open.

The 20-year-old from Richmond Hill, Ont., toppled Serbian Miomir Kecmanovic 6-2, 6-3 in third-round play on Wednesday in the first-ever meeting between the two players.

Shapovalov was in full control and up 3-0 in the second set when Kecmanovic showed signs of life and battled back to tie it 3-3. But the Canadian shrugged it off and took the next three games, finishing off the 49th-ranked Kecmanovic with his eighth ace of the match.

His next opponent will either be Sam Querrey or Andrey Rublev.

Shapovalov, the No. 2 seed at the ATP 250 tournament, received a bye into the second round, where he beat American Tennys Sandgren 6-2, 6-4.

Shapovalov entered the week ranked No. 38 after back-to-back second-round exits at the Rogers Cup in Montreal and the Western & Southern Open in Cincinnati — both Masters 1000-level events.

Shapovalov is currently the third-highest ranked Canadian behind No. 19 Felix Auger-Aliassime and No. 22 Milos Raonic.