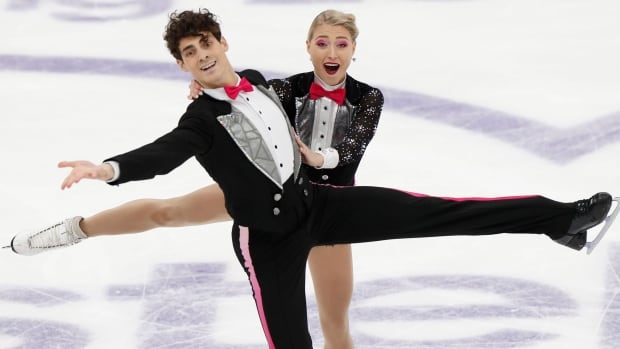 There is nothing better than a competition featuring the world’s best skaters going head to head at the halfway point in the season. This is exactly what will be happening in Torino, Italy at the end of this week when the top six finishers from the six-event Grand Prix Series head to the Grand Prix Final.

For Canada, this means representation by one team each in the ice dance and pair events. Although I don’t think Piper Gilles and Paul Poirier will finish first, I believe the pair is solidly in the mix for their first Final medal in their second trip to the event.

French ice dancers Gabriella Papadakis and Guillaume Cizeron are the undisputed leaders in the world and are looking to capture their second Grand Prix Final title. Papadakis and Cizeron haven’t lost a competition since finishing second at the 2018 Olympics and I don’t expect that to change here.

For their part, Canadian pair champions Kirsten Moore-Towers and Michael Marinaro are making it to the Final on the strength of two silver medals at their two Grand Prix events; the best results to date in the Grand Prix series for this team. With outstanding performances in the short and free programs, Moore-Towers and Marinaro have a shot at the podium.

Canadians Kirsten Moore-Towers and Michael Marinaro won their second silver medal of the Grand Prix figure skating season, finishing in second place in the pairs competition at the NHK Trophy in Sapporo, Japan. 7:30

Although the top two teams both won both of their Grand Prix events, the edge in the Final belongs to Chinese pair Wenjing Sui and Cong Han. Not only are Sui and Han the defending and two-time world champions, they are Olympic silver medallists and possess not only technical superiority but artistry as well. That said, Russians Aleksandra Boikova and Dimitrii Kozlovskii will undoubtedly give them a run for their money.

For the first time in the history of the Grand Prix series, three women from one country won all six of the Grand Prix events. I am speaking about the Russian wave of women dominating the skating world today in both senior and junior events alike.

It would not surprise me in the least to see a Russian sweep of the podium in Torino. Although Alexandra Trusova, the free program score record-holder, and Anna Scherbakova are formidable, the field also includes 2018 Olympic champion Alina Zagitova and 2019 Four Continents Champion Rika Kihira, but I think the front-runner is Alena Kostornaia.

Kostornaia posted the record score for a short program on her way to collecting one of her two Grand Prix gold medals at the NHK Trophy event. Given that it’s her debut season on the senior Grand Prix circuit, I consider it something from which legends are made.

I only have eyes for two men in the men’s event and the epic competition that is to come. Yuzuru Hanyu, the two-time Olympic champion is up against two-time and defending world champion Nathan Chen. What will make watching this event so much fun is that both men are equals. Tremendous skating skills, jumping ability and artistry define both of their performances. It is literally a coin toss for the title. Look for the short program to be the deciding factor because whoever takes the lead there will have the edge overall.