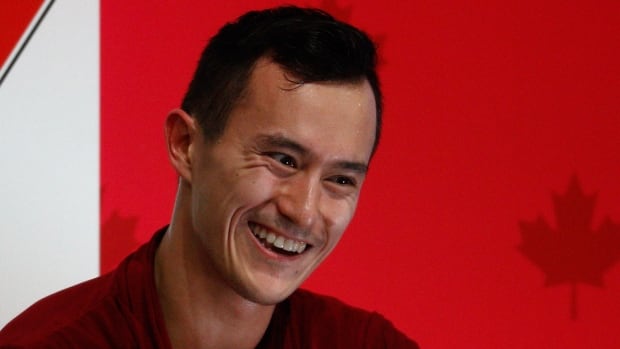 Three-time Olympian Patrick Chan, whose legendary figure skating skills and artistry on the ice have delighted Canadian fans over the past 10 years, might soon turn to his love of tennis, golf or skiing.

The 27-year-old announced his retirement Monday.

The news came after his sparkling wine, a 2011 Blanc de Blancs, was recently re-released at Flat Rock Cellars winery in Niagara Falls, Ont.

“It has been an honour and a privilege to skate for Canada,” said Chan. “It has given me memorable experiences and has taught me lessons I will carry throughout life. I have fulfilled my dreams and aspirations in competitive skating and it is now time to move on to new challenges and opportunities. I hope to have inspired many young skaters that with hard work, perseverance and dedication anything is possible.”

Chan, who made his international debut in 2006 at age 15 and was a world junior silver medallist the following year, will compete in shows rather than competitions. He also plans to get his commercial real estate licence and last fall moved to Vancouver, where his girlfriend, former pairs skater Elizabeth Putnam, lives.

“I have a life outside of skating,” Chan, who also enjoys biking and hiking, said in 2017.

Known for his warm smile, Ottawa-born Chan spent the past decade as one of the world’s best all-around skaters, winning 10 Canadian titles, three world championships, two Olympic silver medals in 2014 and Winter Games gold in the team event two months ago in Pyeongchang, South Korea.

Chan joined CBC’s John Northcott to reflect on his storied figure skating career, and his decision to retire from the sport at 27-years-old.6:53

“I hope that people will one day look back at my skating and what I brought to the table [and say], ‘Remember when Patrick skated like this? Or remember when skating was like this?’ That would be a cool legacy to leave behind,” said Chan.

When Chan added a quad to his repertoire after finishing fifth at his Olympic debut in 2010 at Vancouver, he was nearly unbeatable for the next three seasons. Fans threw lacy underwear — known as “Chanties” — on the ice after he skated.

Chan was the three-time defending world champion leading up to the 2014 Games in Sochi, Russia, where he was one of the gold-medal favourites. He had chance to become Canada’s first-ever Olympic men’s figure skating champion when Japan’s Yuzuru Hanyu, who led after the short program, faltered in his free skate. But the Canadian also fell — twice — and settled for silver.

“It has truly been an honour to have Patrick on our team and he will be greatly missed by the entire skating community. His beautiful lyrical skating matched with his outgoing and positive personality has made him a champion on and off the ice,” said Skate Canada CEO Debra Armstrong.

“Patrick has left a tremendous mark on Canadian skating and we thank him for inspiring Canadians to embrace the joy of skating. Skate Canada would like to congratulate Patrick on a fabulous career and we wish him the best of luck with his future endeavours.”

Chan decided to take time off from skating that spring and summer to ponder his athletic future.

“I had already made the decision to maybe take my retirement right after the Games,” the two-time Grand Prix Final champion and three-time Four Continents champion said in a Player’s Own Voice story for CBC Sports in October 2015. “I’d never looked to the future, never looked to the next Olympics [in 2018] in Korea.”

Chan returned in October 2016 to a men’s figure skating landscape that had completely changed over the preceding 18 months, with a greater emphasis on the quadruple jump.

However, the disappointment of Sochi helped Chan enjoy the process of competing rather than focusing solely on results. He was content sticking to two quads in his Hallelujah long program, while Chan’s younger rivals had upwards of five. At the 2017 worlds, he landed three quads in the free skate for the first time, but didn’t medal, finishing fifth.

At Skate Canada International last October, Chan cut his short program from two quads to one and his long program from three quads to two. He fell on his opening quad jump in Regina, downgraded four jumps and touched a hand down on two, plummeting from second to fourth after an error-filled free skate.

Chan’s ups and downs continued at the recent Olympics in Pyeongchang, where he helped Canada win a gold medal in the team event by placing first in the men’s program. Five days later, Chan, who was sixth after the men’s short program, opened with a beautiful quadruple toe loop, but tripled his second in a program that unravelled in parts on the way to a ninth-place showing.

“I took a breath [before competing and said] ‘This is for me. I worked hard to earn this four minutes and 40 seconds of skate time.'” Chan said. “I was just so proud that I was able to do that.

“My career has had a lot of challenges like this and I think I can learn a lot more [in life] from having a lot of ups and downs.”

Pyeongchang was also the final Olympics for Chan’s teammate Scott Moir, who won ice dance gold with longtime partner Tessa Virtue. Moir said watching Chan perform live was a must for any fan.

“He’s just got so much speed and command, that’s what makes him Patrick Chan,” Moir added. “We’ve been blessed to have that, and we’re going to have a whole bunch of kids who come up with that same set of talent, because they watched Patrick Chan their whole life.”