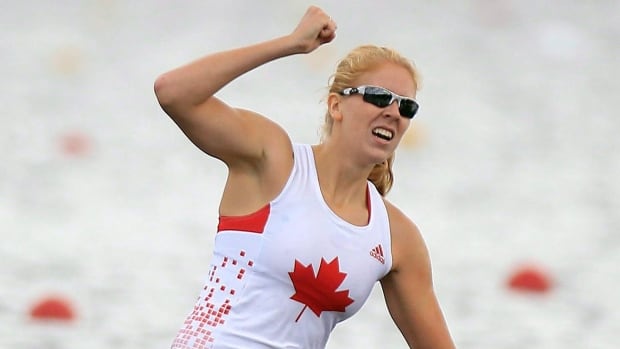 Laurence Vincent Lapointe of Trois-Rivières, Que., will not compete at this week’s canoe sprint world championships in Szeged, Hungary after failing an out-of-competition doping test in late July and has been provisionally suspended, pending the outcome of her case.

The substance found in Vincent Lapointe’s sample has been the subject of recent established tainted supplement cases, according to Canoe Kayak Canada, which stated preliminary information supports that her positive test result may have been caused by inadvertent and unknowing use of a prohibited substance from such a source.

“This feels like a nightmare; I still cannot believe what has happened,” the 11-time world champion is quoted as saying in the news release. “I am shocked and completely devastated … because I have done absolutely nothing wrong and have nothing to hide.”

Since learning of her positive test on Aug. 13, the 27-year-old Vincent Lapointe has “done everything possible” to determine the source of the prohibited substance to prove she is a clean athlete.”

“I am a person of integrity and any form of cheating disgusts me,” she said. “I believe in clean sport and it is what I apply as a principle in my life as an athlete. I would never put my name, my reputation, or my career at risk to improve my performances and widen the gap with my opponents.”

We have strong reason to believe that Laurence … has not knowingly or intentionally taken a prohibited substance.— Canoe Kayak Canada CEO Casey Wade on Laurence Vincent-Lapointe

On June 1, Vincent Lapointe won a gold medal in the women’s C1 200-metre event at a World Cup in Duisberg, Germany, for a second consecutive week following a victory in Poznan, Poland.

For the second-straight week, the 27-year-old from Trois-Rivières, Que. raced to gold in the women’s C1 200-metre event, with fellow Canadian Katie Vincent finishing second at the ICF Sprint Canoe World Cup event in Duisburg, Germany. 2:28

Vincent Lapointe, who will address the media Tuesday in Quebec, has won six C1-200 world titles, four C2-500 gold medals, and one C1-5000 championship in women’s canoe sprint, which is set to make its Olympic debut next year in Tokyo.

“We are very disappointed this has happened on the eve of our biggest event of the year,” ICF secretary-general Simon Toulson said.

Vincent Lapointe’s Olympic dream began as an eight-year-old watching synchronized swimming from the 2000 Sydney Summer Games on TV before she switched to canoe years later.

She served notice on the international scene in 2010 by winning a pair of gold medals in the C-1 200m and C-2 500m at the world championships in Poland.

Laurence Vincent-Lapointe reflects on her career and her big win in the the women’s C1 200-metre event at the ICF Canoe Sprint World Cup in Poznan, Poland. 1:44

Canoe Kayak Canada said it “fully supports” Vincent Lapointe and will pursue all avenues to help the athlete prove her innocence.

“CKC firmly believes in clean sport, but we also have strong reason to believe that Laurence has taken all of the necessary precautions from an anti-doping perspective and that she has not knowingly or intentionally taken a prohibited substance,” said Canoe Kayak Canada CEO Casey Wade.

Canoe Kayak Canada said it would not make further comment regarding the case, pending the final outcome of the matter.