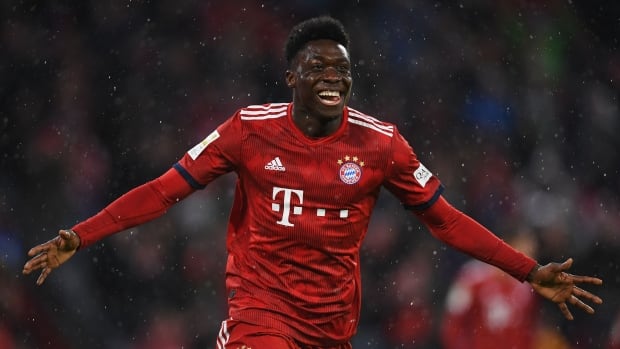 Canadian teen Alphonso Davies scored his first goal for Bayern Munich to help his team return to the top of the Bundesliga on Sunday with a 6-0 rout of Mainz.

The 18-year-old Davies came on with just over half an hour remaining and scored with a volley on the rebound after goalkeeper Florian Mueller denied Robert Lewandowski.

Davies joined Bayern in January from the Vancouver Whitecaps for $ 22 million US, a record for a Major League Soccer player.

Davies was born in the Buduburam refugee camp west of Accra in Ghana to parents who had fled civil war in Monrovia, Liberia. They moved in 2006 when he was age 5 to Edmonton, where Davies began playing soccer, first at school, then at a free after-school league for inner-city children.

Davies joined the Whitecaps' residency program when he was 14, going on to become the youngest player to appear in the United Soccer League and the first born this century to play in the MLS, aged 15 years, 8 months, 15 days.