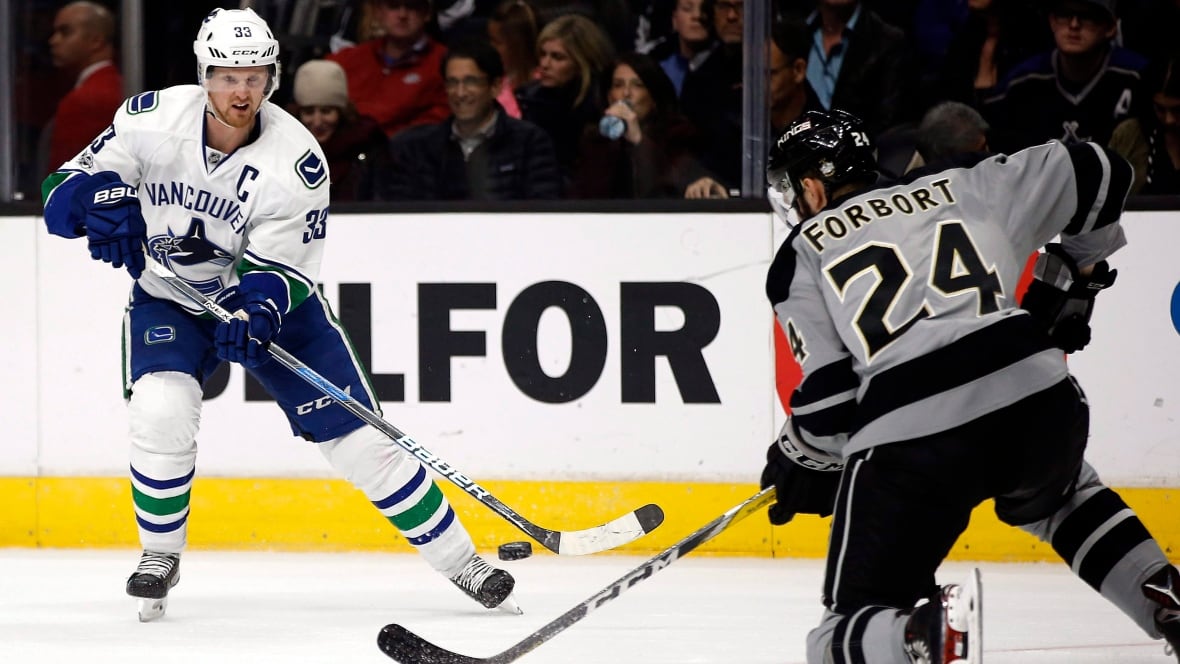 About to turn 37 years old, Henrik Sedin didn’t sound overly thrilled about the prospect of having to fly across the Pacific Ocean to play a couple of exhibition games ahead of the gruelling NHL season.

The captain of the Vancouver Canucks at the same time also understands what getting a foothold in China, a country of nearly 1.4 billion people, could mean for both the league and its players.

“It’s a big market,” Sedin said last week in Vancouver. “If we can get that market on our side and interested in our brand and sport, it’s going to be huge for us.

The Canucks will meet the Los Angeles Kings in Shanghai on Thursday and Beijing on Saturday in two showcase games as the NHL makes its first foray into the country.

“You’ve just got to take it for what it is and enjoy the trip [and] make the best of the two games,” added Sedin.

The Canucks departed on a roughly 10-hour flight from Vancouver to China around noon local time Sunday and, with the 15-hour time difference, arrived in Shanghai early Monday afternoon.

While probably not an ideal scenario for a rookie head coach trying to drag a team that finished 28th and 29th in the NHL the last two seasons back to respectability, Travis Green is embracing the chance for his group to bond and experience something different.

“I’ve never been one to worry about things I don’t control,” Green said at the start of training camp. “It’s a great opportunity for guys to get together on the road and go to China — I’m going to gather that most of them have never been there — and see a part of the world you might never get to again.”

Vancouver forward Sam Gagner, who signed a three-year free-agent deal this summer, said he’s eager to get to know his teammates in a unique environment.

“It’s a positive, especially for a new guy,” he said. “You’re away from everything. It’s going to be a good experience.”

While the NHL isn’t sending its players to the 2018 Olympics in Pyeongchang, South Korea, in February, the league has a keen eye towards the 2022 Games in Beijing as China continues to invest heavily in winter sports, including hockey.

The Canucks — who along with the Kings are among a number of NHL teams that have already held youth camps for Chinese players — are looking forward to the chance to help grow the game in the world’s most populous country, which has embraced the NBA over the past couple of decades.

But what the NHL doesn’t yet have is a marquee player like former basketball star Yao Ming, meaning fans in China need an introduction to the sport in other ways to get them interested.

“It’s going to be fun,” said Vancouver centre Bo Horvat. “Hopefully we can put on a good show.”

With long road trips and cross-continental flights a fact of life playing on the West Coast, the Canucks have invested heavily in sleep science in the past. General manager Jim Benning said the club has done everything it can to ensure things goes as smoothly as possible.

“When to leave to fly over there … when to come back to give the players the best opportunity to get their rest,” said Benning. “We’ve talked about everything from meals [and] making sure the players have some of the things they like to have.”

Fans back in Canada will have to wake up early or stay up late to see the games, with Thursday’s opening faceoff set for 7:30 a.m. ET and Saturday’s scheduled for 3:30 a.m. ET.

Apart from practising and playing, the Canucks will also get to play tourist, with a trip to the Great Wall of China among the planned outings.

“Getting to see a new culture is not something we usually get a chance to do,” said centre Brandon Sutter. “I’m sure we’ll have a couple fun days.”

But in the end, the trip is about business as the NHL looks to expand its footprint in a country seen as having vast and untapped potential.

“It’s growing,” said Vancouver forward Daniel Sedin. “It’s good for our league to get in there.”