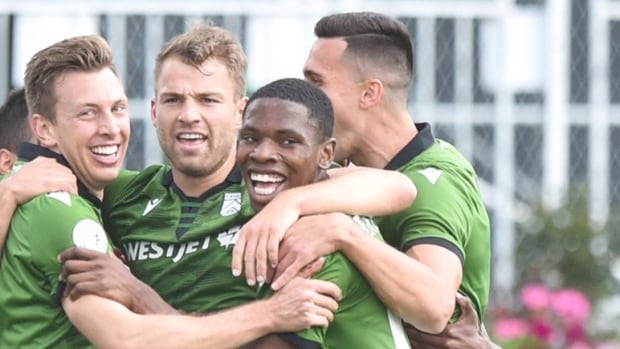 Cavalry FC defeated York9 1-0 on Sunday, to remain the undefeated kings of the CPL Fall table.

Coming off a chest-thumping victory over Pacific FC, York9 hoped to turn heads against the league leaders. But a comical own goal against the home side in the opening 10 minutes would prove to be the game’s only marker.

It all started as Cavalry FC’s Julian Buscher picked out Nico Pasquotti on a quick attacking play. Pasquotti would tap the ball back to Jordan Brown, whose shot was stopped by Y9 keeper Nathan Ingham, although he couldn’t hold on to the ball.

York9’s Luca Gasparotto clearing attempt hit the knee of teammate Daniel Gogarty before trickling into the net for the own goal.

WATCH |  Cavalry vs. York9 match in a minute:

An own goal from Luca Gasparotto in the 10th minute was the difference in York9’s 1-0 loss to Cavalry FC. 1:04

That one moment would be all that separated the two teams, as the second half was compounded by multiple cramps and injury breaks. With the clear highlight being Marco Carducci’s  massive 94th minute stop on Kyle Porter to preserve Cavalry’s 1-0 win and extend the team’s win streak to three.