Widespread, prolonged hunger that existed in residential schools is a contributing factor in the disproportionate health issues facing many Indigenous people, such as diabetes and obesity, according to an article published Monday in the Canadian Medical Association Journal.

“Hunger is really central to the experiences of residential school survivors,” says Ian Mosby who co-authored the article with Tracy Galloway, both with the University of Toronto.

They say childhood malnutrition experienced in many government-funded schools is contributing to the higher risk for obesity, diabetes and heart disease among Indigenous people in adulthood.

“While this wasn’t every single residential school,” says Mosby, “it’s common enough through survivor testimony that we need to start looking at hunger in residential schools as a real predictor of long-term health problems.” 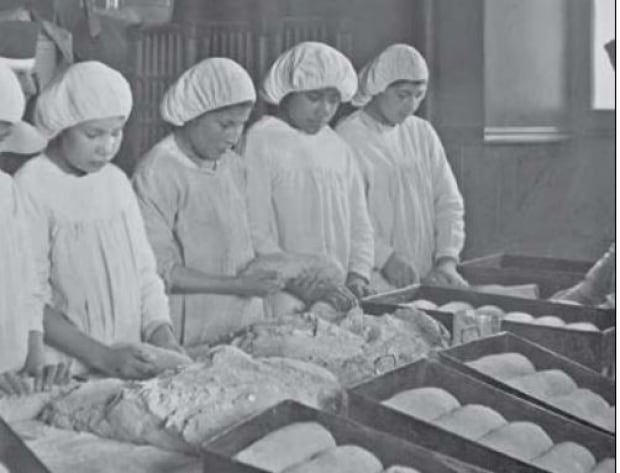 Students work in the kitchen in Cross Lake, Man., in the 1920s. (Truth and Reconciliation Final Report)

Residential schools across Canada faced significant underfunding, along with inadequate cooking facilities and untrained staff. Historians and former students have described children getting “one or two pieces of stale bread for lunch. Rarely getting meat, rarely getting milk and butter, and few fruits and vegetables,” says Mosby.

That, paired with hormone changes from lack of food, leads to a greater risk for obesity, chronic diseases and fertility issues, such as future stillbirths. The effects can extend to the children and grandchildren of survivors.

“A lot of this has to do with the fact children are experiencing this deprivation while their bodies are developing, while they are in this really important formative years,” says Mosby.

For Muriel Betsina of N’Dilo, N.W.T., food was plentiful as a child: caribou, berries and dried fish.

During her nine years at residential school in Fort Resolution, food was foreign, bland and scarce.

“Three-hundred and sixty-five days a year you are hungry,” Betsina, now 73, recalls.

“We eat stick fish, half rotten. We can’t eat that. They kept the plate for you the next morning,” says Betsina.

“If we had apples they would cut them in fours. We sucked the roots and everything because we were hungry.”

Former residential school student Paul Andrew doesn’t recall being hungry, but he said the pressure to eat what was on his plate has stayed with him.

At times, he’s struggled to keep a healthy weight. 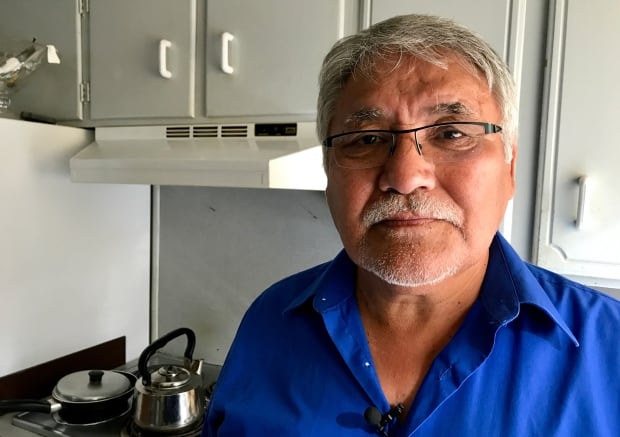 Fresh food, he remembers was rare at school.

“I don’t remember eating vegetables. I don’t remember fruits. In the springtime when the geese were coming back. Probably the loneliest time,” he says, “because you knew, boy, that’s healthy food that’s just going over.”

The legacy of residential schools isn’t much talked about in medical literature, or by physicians working with individual patients, Mosby says.

“Often things like obesity or Type 2 diabetes are looked at as individual problems and not problems with these deep, structural causes.”

He calls on researchers to consider the effects hunger in residential school had on health in their future studies.

The article ends on a sombre note, calling on governments to make sure that Indigenous children today, who face high levels of food insecurity, “have access to the kinds of plentiful, healthy, seasonal and traditional foods that were denied to their parents and grandparents, as a matter of government policy.”