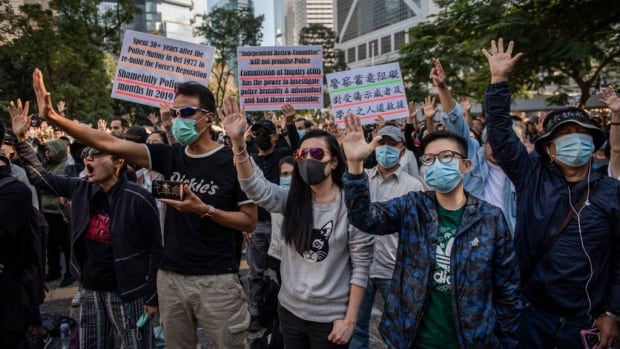 China has arrested a citizen of Belize for allegedly colluding with people in the United States to meddle in the affairs of Hong Kong, the official Guangdong Communist Party newspaper reported on Saturday, citing local authorities.

Lee Henley Hu Xiang, a Belizean businessman who lives in China, had funded key members of “hostile forces” in the United States to undermine China’s national security, and supported activities that led to chaos in Hong Kong, the Southern Daily said.

It did not give details.

Lee was arrested in the southern Chinese city of Guangzhou on Nov. 26 by the Guangzhou State Security bureau, the report said.

Authorities in Guangzhou could not be immediately reached for comment.

Separately, the newspaper confirmed that a Taiwanese man, Lee Meng-Chu, was also arrested by police in nearby Shenzhen city on Oct 31, for allegedly stealing state secrets for foreign forces after he made a trip to Hong Kong in August to support “anti-China” activities.

Lee, an adviser from a small township in Taiwan, had been missing since Aug. 19 after travelling to Shenzhen.

He was being investigated for “engaging in criminal acts that endanger state security,” a spokesperson for the Taiwan Affairs Office of China’s State Council said in September.

Hong Kong — a business and trade gateway for China as an international financial centre — has been mired in often violent anti-government protests for nearly six months.

The unrest has plunged the former British colony into its biggest political crisis in decades, at times forcing businesses, government, schools and even the international airport to close.

“The attempt by those anti-China, Hong Kong chaos-mongering people to pressure China through exploiting foreign anti-China forces will eventually be a clown act, like a mantis trying to stop a chariot,” state news agency Xinhua said in a commentary published on Saturday.

“Hong Kong will not sink in this way. The heartless scumbags will inevitably be swept into the ash heap of history,” it said.