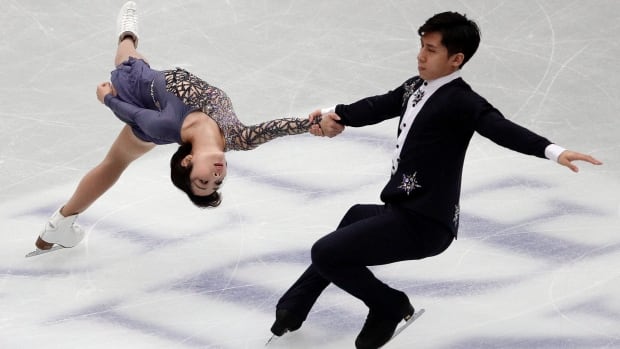 Evgenia Tarasova and Vladimir Morozov of Russia repeated as silver medallists with a score of 228.47, while teammates  Natalia Zabiiako and Alexander Enbert rounded out the podium with 217.98.

Canada's Kirsten Moore-Towers fell short of reaching the podium, coming in seventh with a score of 200.02.

Teammates Evelyn Walsh and Trennt Michaud were 12th with 174.40.