This is an excerpt from Second Opinion, a weekly roundup of eclectic and under-the-radar health and medical science news emailed to subscribers every Saturday morning. If you haven’t subscribed yet, you can do that by clicking here.

One of the longest running battles in the war against tobacco has suddenly ended.

By next spring, all tobacco products on Canadian shelves must be sold in plain brown packages with no colours or fancy logos or anything to distract from the graphic health warnings.

Although one company, Rothmans, Benson & Hedges Inc. (RBH), protested the change in a press release this week, overall the industry successfully delayed the plain packaging law for a quarter of a century.

“We’ve had quite a battle in Canada,” said Rob Cunningham, senior policy analyst with the Canadian Cancer Society. “The industry has spent millions of dollars in a lobbying campaign, a paid advertising campaign, a public relations campaign to try to block plain packaging.”

Plain packages were first proposed in 1994 as a way to protect public health by dampening sales after Ottawa lowered tobacco taxes.

At the time, the industry argued that taxes were making cigarettes too expensive, forcing smokers onto the black market to buy cheaper cigarettes — a contraband supply which the industry itself helped create.

When he announced the tax cut, then-Prime Minister Jean Chrétien attempted to balance the public health risk with some new anti-tobacco policies, including removing the shelf-appeal of cigarettes by making the packages ugly.

The industry immediately scrambled to fight back.

Industry documents reveal how the various tobacco companies worked together marshalling lobbyists, retailers, scientists, lawyers and even trying to trigger a trade dispute under NAFTA and other international agreements.

In one confidential company memo, an Imperial Tobacco public relations executive wrote “the objective should be to mobilize huge numbers of people into some form of action so as to deluge the government with individual and collective expressions of protest.”

Back in 1994, RBH even considered getting ahead of the law by using plain packaging as a marketing tool.

The plan — called “Project Chaplin” — was aimed at attracting the “cynical disdainer” segment of Generation X along with women who felt guilty about smoking and might buy unmarked cigarettes.

But just as cigarettes with drab wrappers emerge, the tobacco industry is charting new territory, moving toward a “smoke-free” future with a whole new suite of nicotine products — including nicotine vaping devices and devices that heat tobacco without burning it.

This is really a transformation of tobacco for another generation or more.– Jeff Gaulin , director, external affairs, Rothmans, Benson & Hedges Inc.

As part of the change, companies are adjusting their marketing, calling on smokers to drop cigarettes and switch to the new smoking technologies, even though cigarettes are still the industry’s main product.

“We are convinced that our smoke-free strategy continues to provide us with the single largest opportunity to accelerate business growth,” Philip Morris International (PMI) told shareholders at its annual meeting on Wednesday.

“This is a big change,” said Jeff Gaulin, director external affairs Rothmans Benson & Hedges, a the Canadian subsidiary of PMI. “This is really a transformation of tobacco for another generation or more, and transitions of that nature don’t take place over night.”

Gaulin said his company’s goal is to have smokers switch to new heated tobacco devices — a form of tobacco that is not quite a cigarette but not quite a vape, either. 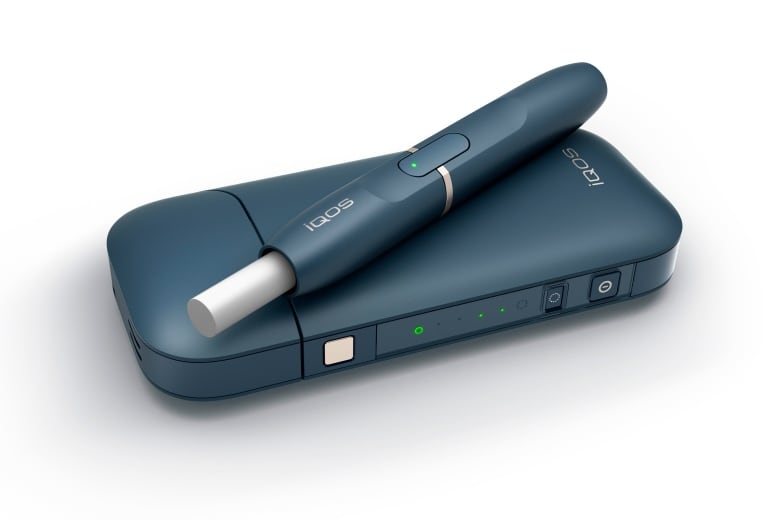 A paper-wrapped tobacco stick that looks like a short cigarette is inserted into a heating device that toasts the tobacco without burning it. The heated vapour smells and tastes like a tobacco cigarette but the U.S. Food and Drug Administration (FDA) has concluded that it contains fewer toxic chemicals than cigarette smoke.

The goal is to capture smokers who don’t want to quit. And Gaulin said, so far, they’re not vaping.

“We don’t see a lot of current smokers looking to switch to vaping,” Gaulin said. “What we find is the experience isn’t the same. The ritual is not the same.”

So who is vaping?

“If you dig into the vaping side, there’s a lot of new consumers there,” said Gaulin. “What research has shown is that vaping is such a different experience, how you hold the device, what is tastes like, the whole ritual around it is completely different. It doesn’t actually encourage cigarette smokers to switch. “

This week, the FDA approved the heated tobacco device — opening up the enormous U.S. market. But the FDA is not allowing companies to promote heated tobacco products as safer than cigarettes.

With all of the changes in the tobacco market, is plain packaging arriving too late?

No, not with five million Canadians —16 per cent of the population — still smoking, said Cunningham.

“If it wasn’t going to make a difference the tobacco companies wouldn’t have spent so many millions of dollars to try and block it,” he said.

“This is a measure that has really passed the scream test. The louder they scream the more effective we know it’s going to be.”