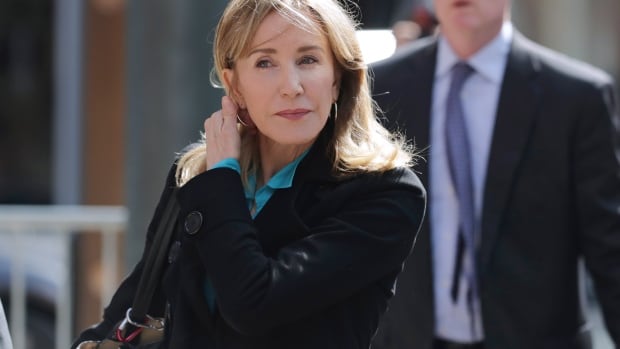 Felicity Huffman’s co-stars in a new Netflix movie say they found her remorseful about her role in the U.S. college admissions scandal.

Actress Angela Bassett said Huffman appears ready to take whatever steps are necessary in her case. Patricia Arquette said she believes Huffman feels terrible about her participation in the case.

Huffman didn’t meet reporters to promote the film Otherhood, which premieres Aug. 2 on Netflix after its release was delayed. She pleaded guilty in May to paying $ 15,000 US to a college admissions consultant to have a proctor correct her daughter’s answers on the SAT.

The Emmy-winning actress, known for her role on Desperate Housewives, is scheduled to be sentenced in September. She was one of 14 parents who agreed to plead guilty in the biggest admissions scandal ever prosecuted in the U.S. It was known as Operation Varsity Blues.

Still others have opted to fight the charges, including former Full House star Lori Loughlin. Loughlin and her husband, fashion designer Mossimo Giannulli, have pleaded not guilty to paying $ 500,000 in bribes to get their daughters into USC as rowing recruits. Neither was a rower.

The film’s producer says that Huffman’s character in Otherhood portrays a mother who believes that her own actions can make anything possible for her child.

Huffman also appeared recently in the Emmy-nominated Netflix limited series, When They See Us, which tells the story of the Central Park Five (now referred to as the Exonerated 5). Huffman plays prosecutor Linda Fairstein, who oversaw the convictions of five boys accused of a 1989 rape and assault, which were later overturned.