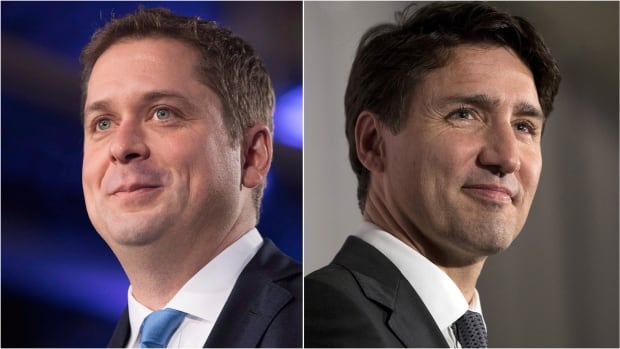 Prime Minister Justin Trudeau is defending his government’s update to the Canada Food Guide in the wake of attacks by Conservative Leader Andrew Scheer who suggested the changes were riddled with “bias” and driven by “ideology.”

“It is there to serve Canadian families. It has nothing to do with politics. But I’m not surprised the Conservatives don’t get that. We all remember they declared war on the long-form census, now they seem to be declaring war on the Canada Food Guide.”

Health Canada restructured the Food Guide in January, eliminating the emphasis on food groups and recommended servings. The new guide recommends eating protein that comes from plants more often as well topping up on “plenty of vegetables and fruits, whole grain foods and protein foods.”

This week Scheer told the Dairy Farmers of Canada’s annual general meeting in Saskatoon on Wednesday, that should he win the next federal election he will review the guide which he said is biased against some healthy foods.

“The process was flawed,” Scheer said of the new guide. “Complete lack of consultation. Seems to be ideologically driven by people who have a philosophical perspective and a bias against certain types of healthy food products. “So absolutely we want to get that right.”

Scheer added his party wants the guide to “actually reflect what we know, what the science tells us.”

Trudeau dismissed the notion that science did not inform Health Canada’s revamp, insisting that his government crafts policy based on evidence.

“We’re going to continue to focus on evidence and science as a way of making policy and supporting Canadian families in their choices,” he said.

Dr. Yoni Freedhoff, a professor at the University of Ottawa who specializes in obesity, said that the only explanation for Scheer’s comments, which he described as “intensely stupid,” is that they are meant to curry political favour.

During his bid to become Conservative leader, Scheer garnered support from members of the dairy industry that helped him edge out his main competitor, Maxime Bernier. Scheer won the leadership over Bernier by a whisker.

Freedhoff, who has been strongly outspoken about problems he’s seen with previous versions of the Food Guide, said the newest version is by far the best ever produced. He said it might be the best such guide in the world.

“It is biased in favour of health, evidence and science,” he said in an interview. “And that is the way it should be.”

Previous versions of the influential document were biased in favour of industry, Freedhoff said, adding former governments allowed industry to affect the process in a way that undermined public health.

While some Canadians might think of the Food Guide as offering guidance for grocery shopping, he pointed out that it’s used by institutions such as schools, hospitals and long-term care facilities, where people have little control over what they get to eat.

On Thursday, the professional organization Dietitians of Canada tweeted that the new guide is most definitely based on science, adding it encourages people to eat vegetables, fruits, whole grains and protein foods, including dairy.

Similarly, the Canadian Digestive Health Foundation said Scheer’s comments were not backed up or founded by any scientific data, adding it supports the current direction of Canada’s Food Guide.