On a recent afternoon, a group of Birmingham City University students and staff showed up in a classroom, not to earn course credits, but to improve mental well-being.

They were about to embark on a session of meditation and discussion to explore their feelings surrounding Britain’s withdrawal from the European Union.

“It’s a bit of a funny concept,” psychology lecturer Rebecca Semmens-Wheeler acknowledged to the room. But she takes it very seriously.

Brexit’s side effects are hardly a laughing matter.

The ubiquity of the political crisis has pierced the national psyche, experts say, and people are showing signs of the harmful consequences. 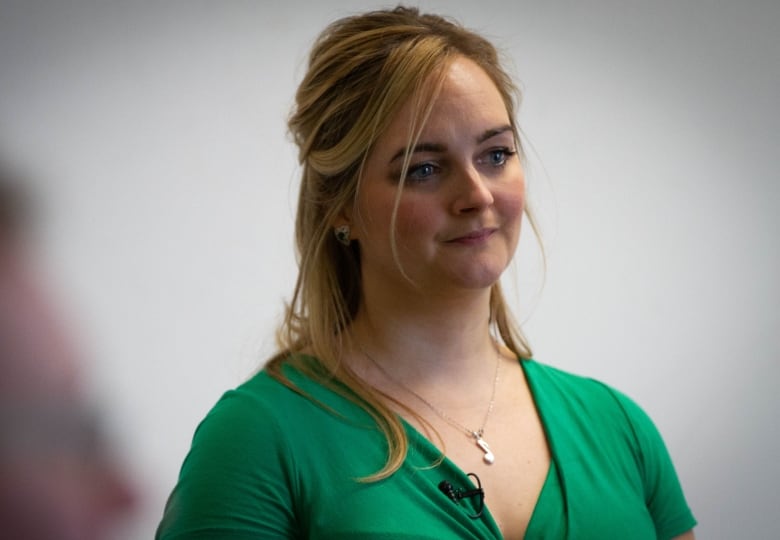 “We can really get stuck in our heads,” Semmens-Wheeler said in an interview. And such constant turmoil can be “linked with anxiety, with depression … and poorer mental health.”

She came up with the idea for the Brexit-focused meditation sessions, which she’s been holding regularly on campus. Semmens-Wheeler encourages participants to close their eyes, breathe deeply and concentrate, for instance, on someone who voted differently from them in Britain’s 2016 EU referendum.

Britons have experienced a range of emotions over the past three years. The surprise of the relatively unexpected “Leave” win has given way to exasperation over the messy, drawn-out departure process.

Britons are each dealing with the strife in their own way. 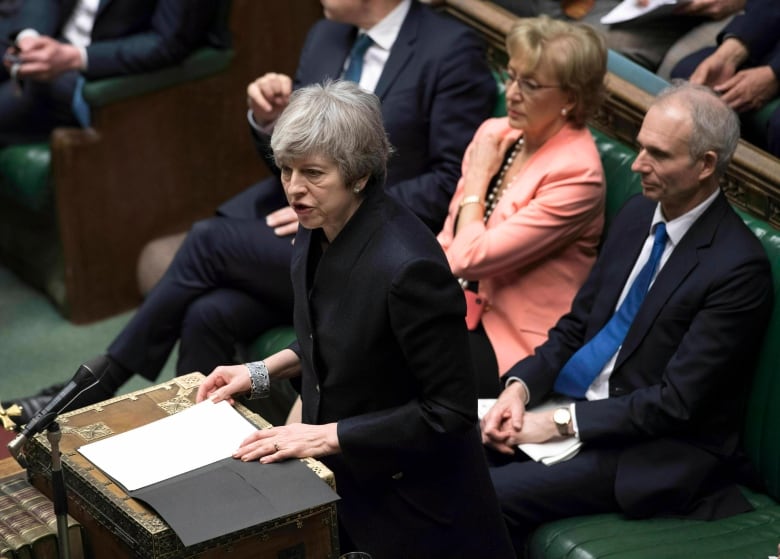 Britain’s Prime Minister Theresa May delivers her statement in the House of Commons in London on April 11. As the debate over how to Brexit drags on, civil servants working on a no-deal Brexit have been offered counselling. (Jessica Taylor/UK Parliament via AP)

Euroskeptic Conservative MP Andrew Percy found a secret corner in Parliament to decompress. “I have taken to hiding in there, I close the door, turn the light off and I put my jacket over me,” he revealed on a BBC podcast. “It’s just for a rest.”

Brexit “is having a mental health impact on so many colleagues” and lawmakers are eating and drinking more to compensate, while sleeping less, Percy said.

The use of antidepressants appears to be on the rise in Britain. A study by researchers from King’s College London and Harvard University looked at the rate of prescriptions since the 2016 public vote. They found it rose by 13.4 per cent.

“This could be attributed to increased uncertainty for some parts of the population,” the authors suggested in a British Medical Journal publication last November. But they warned their findings “are open to different interpretations and should be treated with caution.”

Brexit often comes up in therapy

It’s become “very common” for Britain’s EU breakup to come up in Susie Orbach’s therapy sessions with clients. Some could be at risk of losing their jobs, of being forced to move abroad or of simply “feeling powerless,” the noted psychoanalyst and therapist said at her London practice.

“There’s such a depression of energy at the moment,” Orbach said. She hesitates, however, to say the U.K. is depressed overall. “I think it’s more confused and destabilized and concerned and worried.

A British government department reportedly spent £40,000 ($ 70,000 Cdn.) for an external firm to offer mental health counselling to civil servants preparing for a no-deal exit. A charity even created a digital “Brexit well-being kit” to help government workers cope with the added stress.

Among those feeling particularly vulnerable are the 3.7 million non-British EU nationals living in the U.K. The government has set up a program for them to register for “settled status” in case they’re stripped of their right to work in Britain when the country terminates its free-movement agreement with the EU. But that’s done little to alleviate worries. 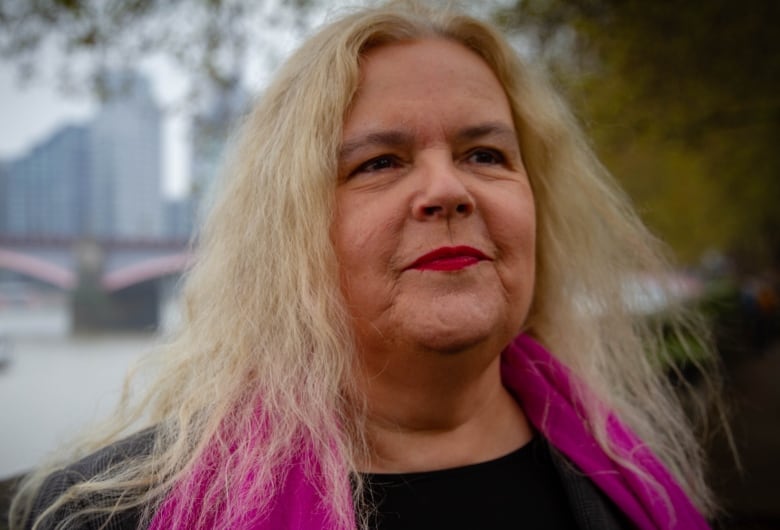 Anette Pollner, a London-based writer, translator and actor, worries about the impact of Brexit on non-British EU citizens like her. (Lily Martin/CBC)

“This is my home,” said Anette Pollner, a German citizen who’s lived mainly in London since the late ’80s. “And I know if we crash out, I will lose all my rights.”

She sought counselling to deal with the anxiety, only to be asked by her British therapist “if it was really that serious,” Pollner recalled.

Back in the classroom at Birmingham City University, participants in the mediation session openly reflected afterward.

With so much pent-up tension, “you almost feel like you’re on the verge of revolution,” a man added. “And that’s quite dangerous.”

Orbach points to the psychological impact on some Americans after the election of President Donald Trump as a comparable experience. But in Britain, historical precedents for political crises with such a jarring impact are few and far between. 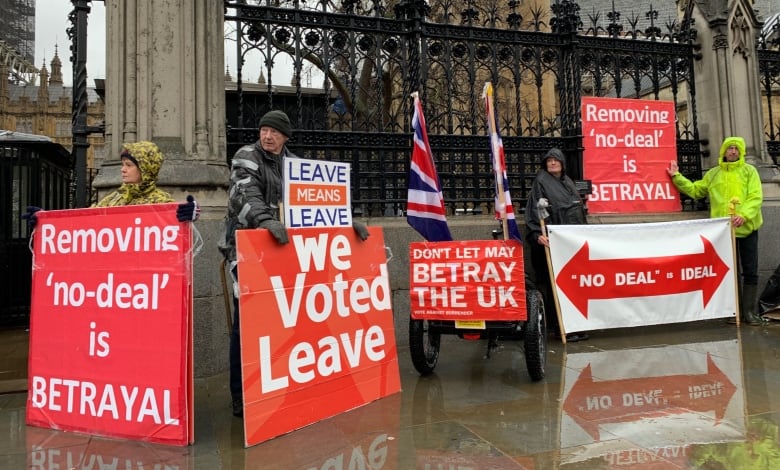 Demonstrators outside the British parliament demand the government commit to a no-deal Brexit. (Thomas Daigle/CBC)

The director of Birmingham City University’s Centre for Brexit Studies says the country’s collective trauma is part of a uniquely British phenomenon: coming to grips with the loss of an empire and, more recently, Britain’s inability to gain the upper hand in exit talks with the EU.

“The reality of Brexit has brutally exposed the U.K.’s actual diminished position in the world,” Alex de Ruyter said.

He says observers need to go back to the Second World War to find tension comparable to that brought on by Brexit, but with one major difference: No other country imposed this.

For Britain, de Ruyter said, “Brexit is a condition which is entirely self-inflicted.”