Active COVID-19 cases are at an all-time high in Ontario and Alberta as officials in both provinces stressed the importance of coronavirus tests.

The new cases pushed Alberta’s active caseload to 3,203, breaking a record set just yesterday. Active case numbers in Alberta have been rising steadily since the beginning of October.

Hinshaw said Tuesday the province will no longer be testing people who don’t have symptoms and who have not had contact with anyone who has been infected. In mid-September, Alberta dialled back asymptomatic testing, reserving it only for priority groups.

“This is an important and necessary step that will help us reduce testing wait times, get results to Albertans, and limit the spread,” Hinshaw said.

“I would say right now we are in a danger zone, where the coming weeks will really tell that story about whether we are able collectively to bend that curve downward,” she said. “We’re not yet at that point where our system is not able to cope, but we are getting closer.”

In Ontario, active cases are also at an all-time high after the province reported 821 new cases of COVID-19 on Tuesday, the second-most on a single day since the virus began a resurgence in the province in mid-August. The province’s current active caseload is now a record 6,237.

Asked Tuesday about the relatively low levels of testing in the last 24 hours, Ontario Premier Doug Ford said the province’s labs have now cleared through a backlog of tests that once ballooned to more than 90,000 and that there is capacity for as many as 50,000 daily, but that people can’t be forced to be tested.

Ford said the province has set up additional testing units in hotspots, but some people seem to be holding back from getting an assessment.

The province changed its testing guidelines last month, making COVID-19 tests available only to symptomatic people by appointment at its assessment centres.

As of 7:00 p.m. ET on Tuesday, Canada had 203,689 confirmed or presumptive coronavirus cases. Provinces and territories listed 171,743 of those as recovered or resolved. A CBC News tally of deaths based on provincial reports, regional health information and CBC’s reporting stood at 9,794.

Saskatchewan reported 44 new cases on Tuesday, a day after seeing its highest single-day increase of 66. The province says there are now 18 people in hospital due to the virus, the second most since the beginning of the pandemic. There were 19 people in hospital on May 8.

Manitoba reported 110 new cases and declared outbreaks at a high school and at three personal care homes in Winnipeg on Tuesday. There are 32 people in Manitoba hospitals being treated for COVID-19, including six in intensive care, the province said Tuesday. That’s the highest number reported in hospital to date.

Quebec reported 877 new cases of COVID-19 and five more deaths on Tuesday, as well as seven deaths that occurred at an earlier date. There are 565 people in hospital, including 100 in intensive care.

Newfoundland and Labrador reported no new COVID-19 cases for the fourth consecutive day. The province continues to have 11 active cases.

Prince Edward Island on Tuesday reported one new case of COVID-19, a female rotational worker in her 20s who travelled outside the Atlantic bubble for work purposes. 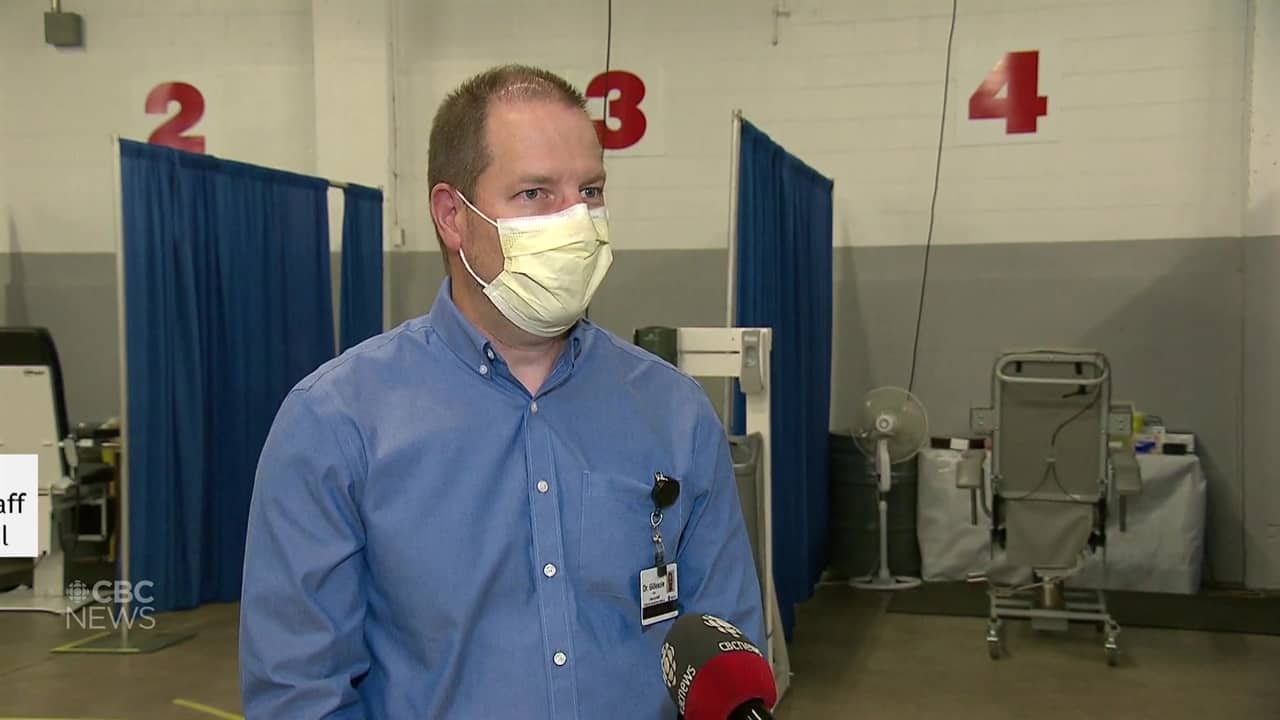 Horizon Health is trying something new at its COVID-19 testing and blood collection site at the Moncton Coliseum. 2:37

Northwest Territories health officials on Tuesday confirmed an additional case. The person in question is an Inuvik resident who received a presumptive positive test last week. The territory said the person is recovering at home and poses “no further risk” to the community.

Two other N.W.T. residents, both in Yellowknife, also received presumptive positive tests last week. The results from those tests are still pending.

According to Johns Hopkins University in Baltimore, the global total of confirmed coronavirus cases stands at more than 40.4 million. More than 1.1 million people have died, while more than 27.7 million have recovered.

In Europe, London’s Heathrow Airport has launched a rapid coronavirus test service for passengers. The pre-departure tests, which aim to provide results in an hour, will be offered to those flying to Hong Kong and Italy from the British capital.

The saliva swab costs 80 pounds ($ 135 Cdn) and can return results quickly because they don’t need to be sent to a laboratory.

In the Americas, a new report by the U.S. Centers for Disease Control and Prevention (CDC) shows the U.S. has seen 300,000 more deaths than it usually would since the coronavirus pandemic began. According to a tally by Johns Hopkins University, the U.S. coronavirus death toll is at more than 220,000.

The CDC has been tracking how many deaths have been reported and comparing them with counts seen in other years. Usually, between the beginning of February and the end of September, about 1.9 million deaths are reported. This year, it’s closer to 2.2 million — a 14.5 per cent increase.

The CDC says the coronavirus was involved in about two-thirds of the excess deaths. CDC officials say it’s likely the virus was a factor in many other deaths, too. For example, someone with heart attack symptoms may have hesitated to go to a hospital that was busy with coronavirus patients.

In Asia, Iran has reported a single-day record of more than 5,000 coronavirus cases, with hospitals in the hard-hit capital of Tehran overflowing. The increase comes after Iranians packed cafes and restaurants at vacation spots during recent national holidays and the reopening of schools last month.

Iran officials have resisted a total lockdown because they don’t want to further weaken an economy already devastated by unprecedented U.S. sanctions.

Have a coronavirus question or news tip for CBC News? Email us at Covid@cbc.ca