It was an unforgettable night inside and outside Scotiabank Arena.

Rain and wind kept the crowd in Jurassic Park smaller than normal, but they still roared loud as ever.

Here’s the night in their words:

‘This picture is a preview’ 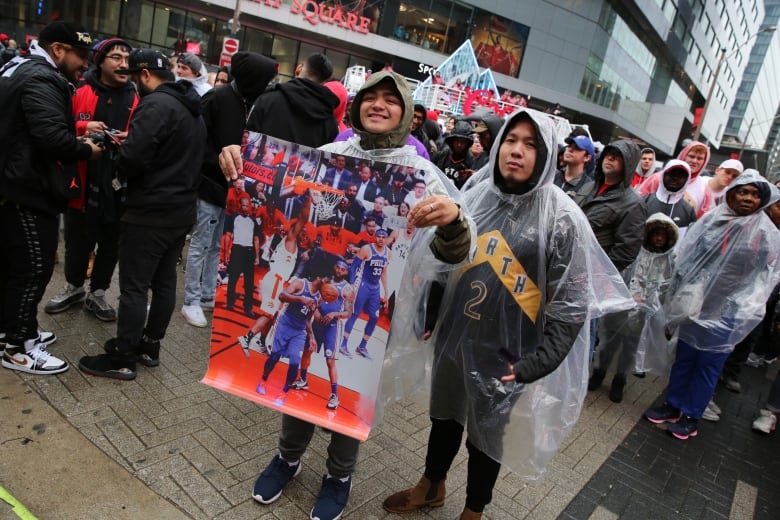 Before the game, Raptors fan Mark Sosa said the photo of Kawhi Leonard dunking on the Philadelphia 76ers will be a preview of what’s to come. Kawhi Leonard would hit the game-winning shot at the buzzer. (James Wattie/CBC)

Minutes before tip-off, Mark Sosa believed he knew how the game was going to end.

“This picture is a preview of what’s going to happen in Game 7. Raptors in 7. Bucks be ready. Let’s go!”

It was a memorable Mother’s Day for Colleen Bell. She and her son, Mark, travelled to Toronto from Hamilton for both the earlier Blue Jays game and the Raptors/76ers Game 7. 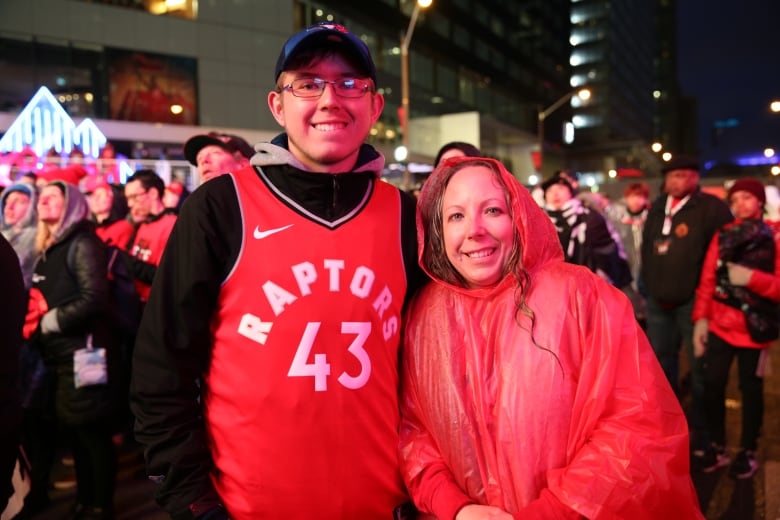 Twenty-four minutes into the game, the players and fans both inside and outside Scotiabank Arena got a moment to breathe.

Shevone White said despite it still being a close game, he wasn’t going to lose faith.

“I’m feeling good. I’m feeling confident. I think the Raptors got this tonight. Game 7 is ours!” 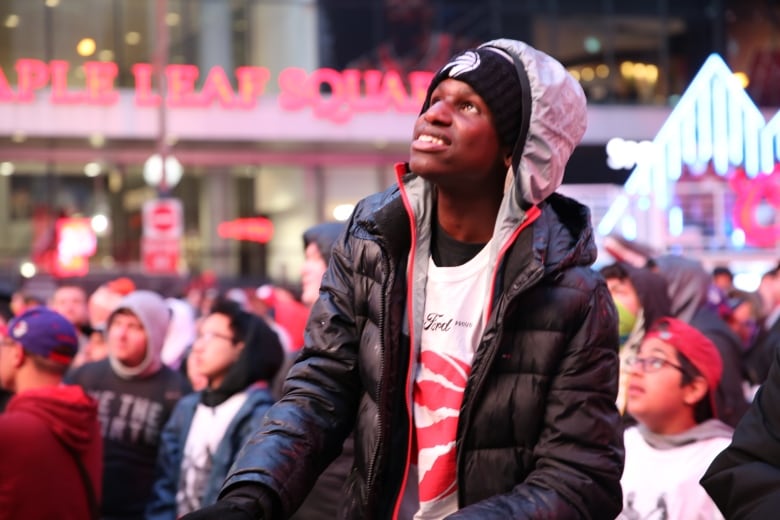 ‘It’s too back and forth’

With the 76ers clawing back, Colleen Bell was feeling a little uneasy. 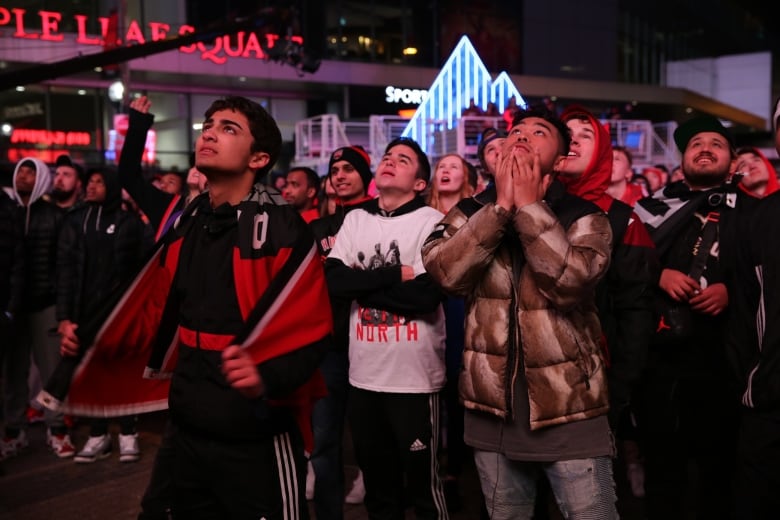 While the cold and rain kept many in Jurassic Park stationary for most of the game, that could not be said for Adam Saddiq and his group of friends.

After every Raptors bucket, there was yelling and dancing from the group standing closest to the giant video screen outside Scotiabank Arena.

The dancing and excitement in Jurassic Park stopped, but only for a moment, as the Raptors inbounded the ball with just 4.2 seconds left in the tied-up game.

Kawhi Leonard grabbed the pass from Marc Gasol, drove it to the corner closest to his team’s bench and put up a shot that Raptors fans will remember for years to come.

For Saddiq, it was a “top three moment” for him.

“I saw it go up. Everybody around me just started jumping and I was like ah, that’s not going in. It bounced twice, then fell and that was the craziest moment ever.”

And as for next round’s match-up with the Milwaukee Bucks?