Clifford Bird traces the crystal methamphetamine crisis on the Montreal Lake Cree Nation in Saskatchewan back to the wildfire evacuation in the summer of 2015.

Bird is the health director of the First Nation and knows first-hand the impact that the powerful drug is having on the community north of Prince Albert.

The entire community of 1,200 was evacuated for six weeks that summer, as fires raged across the north. The people went to emergency centres in Prince Albert, Saskatoon and Regina. Bird says that 60 per cent of the on-reserve population is under the age of 20.

“Everyone gets evacuated, and during that time they’re introduced to crystal meth, and within six months of returning we counted 110 crystal meth addicts,” he said.

It’s only become worse since then, Bird said.

“We have 600 crystal meth users in the community now. We know every one of them, we know them by name, and many of them are our own family members and cousins and extended family.” 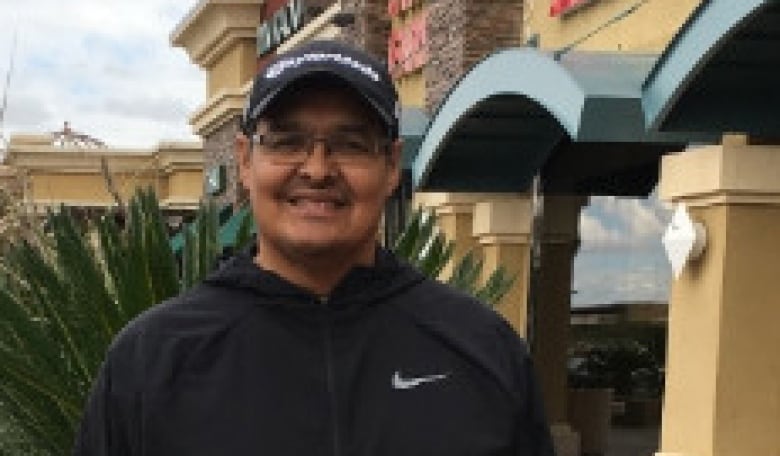 “We have a lot of female users, and that’s troublesome, because in any society when the females begin to give up, your society is in big trouble.”

Bird said members of the community leave, acquire the crystal meth elsewhere, then bring it back in for sale. Some are residents, while some are transient First Nation members.

Crystal meth typically comes in a rock or powdered form that can either be smoked or melted to liquid and injected.

Montreal Lake is not the only First Nation struggling to deal with the social, health and criminal fallout of crystal meth, It’s an equal opportunity addiction that has hit men and women, young and old, in cities, towns and reserves across the province.

But now recently this crystal meth has gotten to probably all of our communities.– Morley Watson, FSIN vice-chief in charge of Health and Social Development

“The crystal meth epidemic, if you want to call it that, it’s in all communities,” says Morley Watson, the vice-chief in charge of Health and Social Development for the Federation of Sovereign Indigenous Nations (FSIN).

Bird said that crime and community safety issues go hand in hand with methamphetamine. A gang-related shooting in the community last fall left a 27-year-old woman dead and a 16-year-old boy injured.

In late 2017, RCMP and the band got together to crack down on meth moving into the community. The band’s security officers began stopping suspicious vehicles entering the reserve.

“The community decided to take a stand and fight it the best they can, and the RCMP is along with them to fight that fight,” said RCMP Cpl. Rob King.

“We’ve been able to lay 14 charges of trafficking.”

This sort of activity is not unique to Montreal Lake.

In 2015, there were 142 meth-related incidents recorded in Saskatchewan. The figure jumped last year to more than 530.

Bird said Montreal Lake’s band leadership is committed to finding a way out of the methamphetamine morass. He said the leaders recognize the need to balance short and long-term actions and have created a five-year crystal meth reduction plan.

He said there is a fully trained crisis response team that will be fully operational by May 27, complete with a suicide crisis hotline. The team is now going through the suicide hotline protocols. Bird said there have been five meth-related suicides in the past year.

There is also an acute 10-day medical detox that should be open by this fall.

Other measures include a four-week in-patient detox, a three-month rehabilitation in a wilderness setting and a Camp Hope 12-week therapeutic program.

“This is where the entire family is at Camp Hope. This is the time where you begin to work on those core issues of each individual,” he said.