A man who lives just outside of Halifax says he’s been given an apology for the way he was treated during a recent CT scan at Dartmouth General Hospital.

West Chezzetcook’s Joe Bellefontaine, 76, said he was having excruciating pain during the April 2 procedure. But staff continued even when he asked them to stop.

“I screamed and yelled and asked them to stop and they said, ‘We don’t see anything wrong with your arm, it’s not blowing up,'” said Bellefontaine.

“I said it feels like it is blowing up, I can’t stand the pain, and they kept doing it until they realized the needle wasn’t in properly.”

Bellefontaine said the pain he endured during the process was the worst he ever felt.

He said attendants tried to pump dye into both of his arms but both attempts were painful.

“So they took the needle out, put it back in again, straightened my arm out and they did it a second time, and I yelled and cursed and screamed and asked them to stop,” said Bellefontaine. “They continued on until they completed what they had to do.” 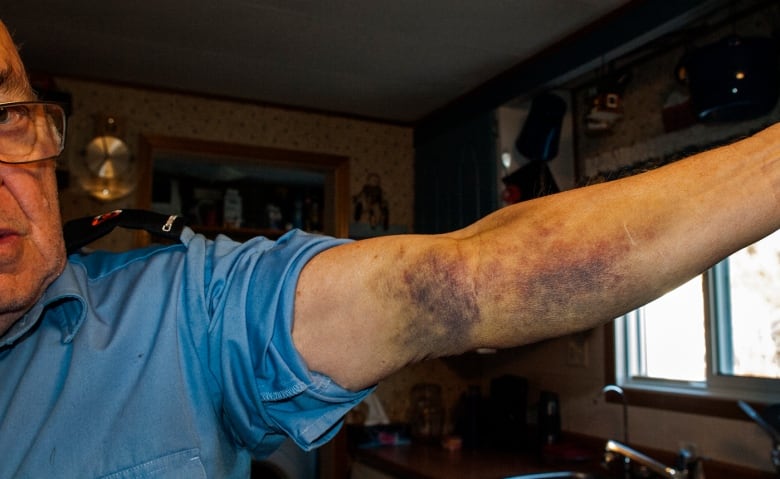 Bellefontaine shows the bruising that developed on his arm following his CT scan. (Submitted)

Bellefontaine said the bruising he suffered was equal to the pain. He filed a complaint with the hospital, who reviewed the process.

In an email to Bellefontaine, Sharon Hartling, the diagnostic imaging manager, issued an apology.

“The technologists agree they should have discontinued the exam,” the email stated. “Your perspective is eye-opening. Moving forward, stop will mean stop regardless of the outcome. I know we can’t change your experience but we are truly sorry.” 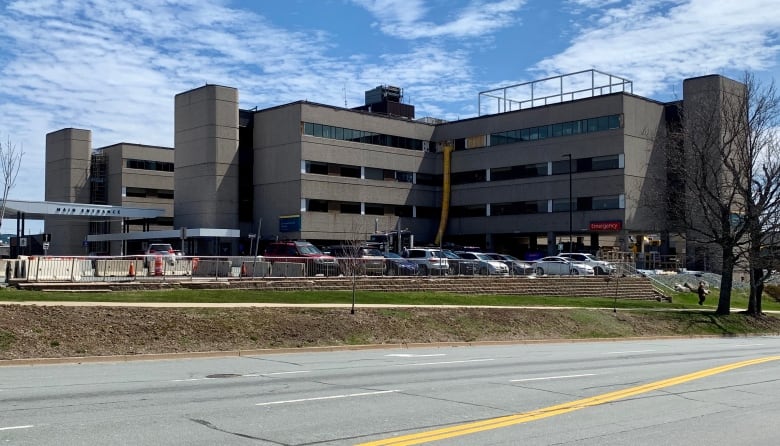 A diagnostic imaging manager at Dartmouth General Hospital emailed an apology to Bellefontaine.

CT scans can be tricky procedures. They require pumps to inject dye into the body in order to get to organs as quickly as possible.

The dye is concentrated and abnormalities are more easily located. In Bellefontaine’s case, his issue was in one of his kidneys

“I wouldn’t want to see anyone else have to go through that,” said Bellefontaine. “I’ve often wondered what happened to the people who were sitting in the hall waiting to be the next person to go in that room. Did they want to go in after they heard me? I doubt it.”

Despite the pain, the CT scan did work effectively and Bellefontaine’s kidney is fine.

He was glad to have the hospital come forward with an apology and he’s even happier to hear staff will stop the next time a patient asks for the procedure to be halted.