Japan executed on Friday the former leader of a doomsday cult and six other members of the group that carried out a sarin gas attack on the Tokyo subway in 1995, killing 13 people and shattering the country's myth of public safety.

The Aum Shinrikyo, or Aum Supreme Truth cult, which mixed Buddhist and Hindu meditation with apocalyptic teachings, staged a series of crimes including simultaneous sarin gas attacks on subway trains during rush hour in March 1995. Sarin, a nerve gas, was originally developed by the Nazis.

The images of bodies, many in business suits, sprawled across subway platforms stunned Japan, and triggered public safety steps such as the removal of non-transparent rubbish bins that remain in force to this day. 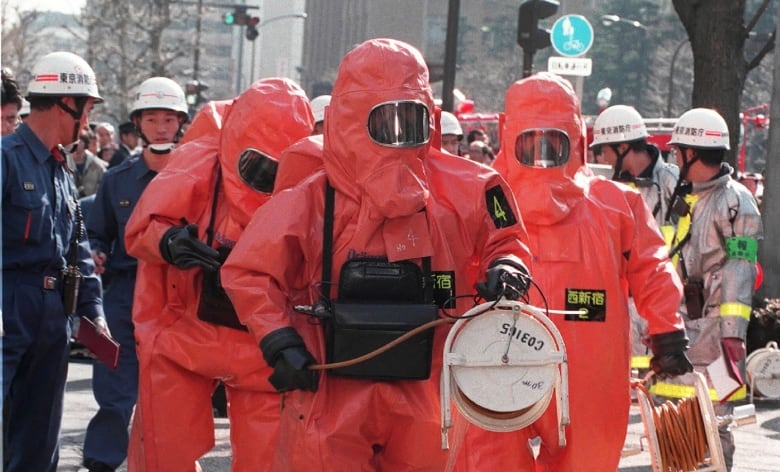 As well as killing the 13, the attack injured at least 5,800 people, some permanently.

Justice Minister Yoko Kamikawa read out the names of the seven at a news conference and said what they had done was "extremely atrocious."

"These crimes … plunged people not only in Japan but in other countries as well into deadly fear and shook society to its core," Kamikawa said. 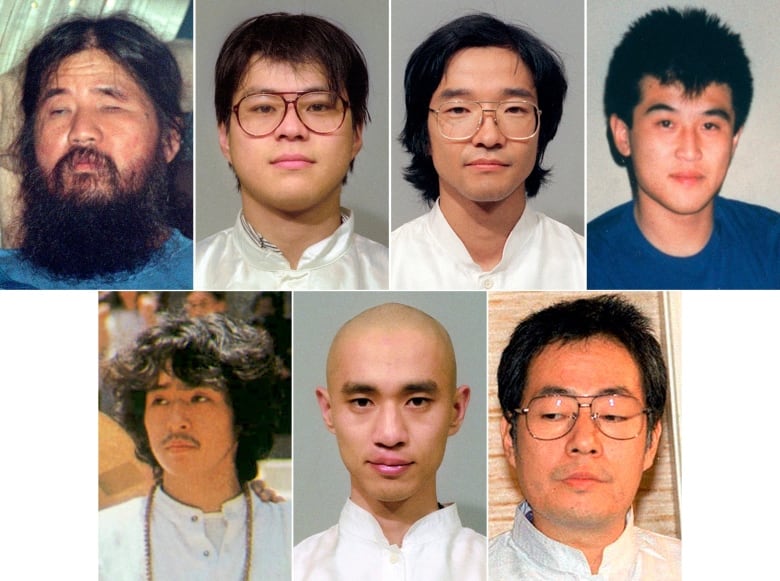 Chizuo Matsumoto, the cult's leader who went by the name Shoko Asahara, was the first to be hanged, media said as it broke into regular programming to report the news.

Announcements of the other hangings followed through the morning.

"I think it's right that he was executed," said Shizue Takahashi, whose husband was a subway worker who died after removing a package of sarin from a train.

"My husband's parents and my parents are already dead," the silver-haired Takahashi added. "I think they would find it regrettable that they could not have heard the news of this execution."

Executions are rare in Japan but surveys show most people support the death sentence. 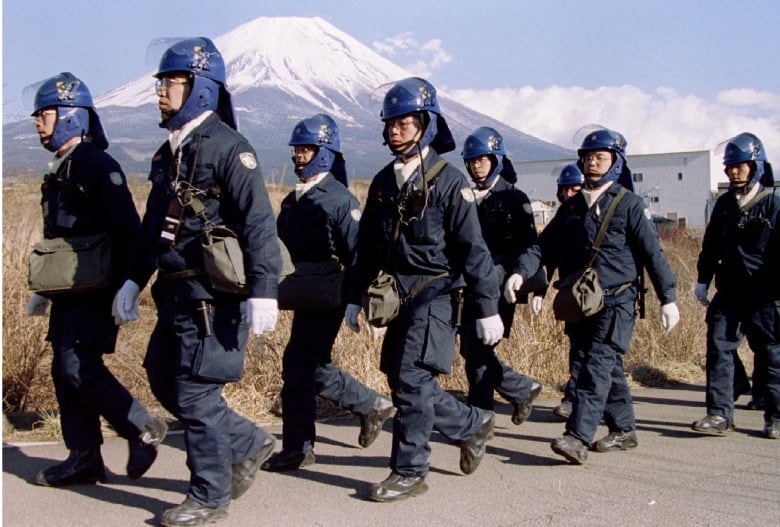 Police leave an Aum Shinrikyo compound in the small village of Kamikuishiki at the foot of Mount Fuji on March 28, 1995. The sarin gas attack the cult carried out in Tokyo shattered Japan's sense of public safety. (Kimimasa Mayama/Reuters)

"The death penalty can never deliver this as it is the ultimate denial of human rights," Hiroka Shoji, the group's East Asia Researcher, said in a statement.

A citizens' group calling for abolishing the death penalty said it was a "mass execution that goes against the global trend."

Some Japanese worried about revenge.

"I cheered when I heard he'd been killed, but worry that his former followers might deify him and do something. We have to be on guard for a while," said Twitter user Chie.

Asahara, 63, a pudgy, partially blind yoga instructor, was sentenced to hang in 2004 on 13 charges, including the subway gas attacks and other crimes that killed at least a dozen people.

He pleaded not guilty and never testified, but muttered and made incoherent remarks in court during the eight years of his trial. The sentence was upheld by the Supreme Court in 2006.

In all, 13 cult members were sentenced to death during more than 20 years of trials, which came to an end in January 2018.

Asahara, who founded Aum in 1987, said that the United States would attack Japan and turn it into a nuclear wasteland. He also said he had travelled forward in time to 2006 and talked to people then about what World War Three had been like. 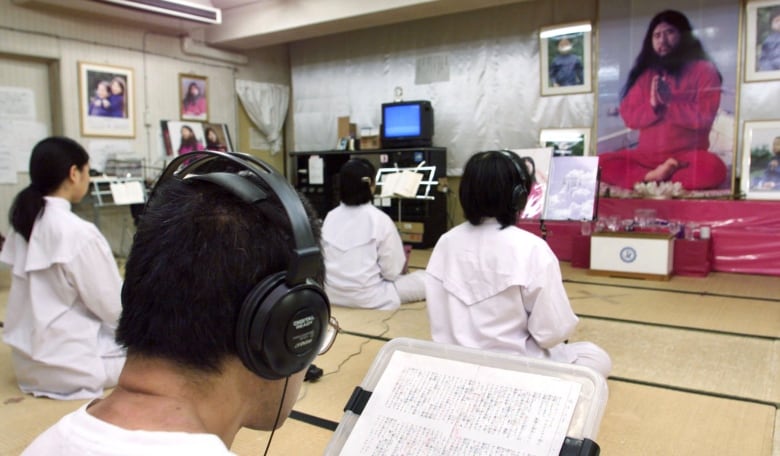 Aum Shinrikyo followers chant before a portrait of guru Shoko Asahara on July 19, 1999, at Aum's Adachi office in Tokyo. The cult's activities in various parts of Japan sparked anxiety years after the sarin gas attack. (Reuters)

At its peak, the cult had at least 10,000 members in Japan and overseas, including graduates of some of Japan's top universities.

Some members lived in a commune-like complex Asahara established at the foot of Mount Fuji, where the group studied his teachings, practised bizarre rituals and gathered an arsenal of weapons — including sarin.

The cult also used sarin in 1994, releasing the gas in the central city of Matsumoto on a summer night in an attempt to kill three judges set to rule on it.

That attack, which involved a refrigerator truck releasing the gas to be dispersed by the wind through a neighbourhood, failed to kill the judges but killed eight other people and injured hundreds.