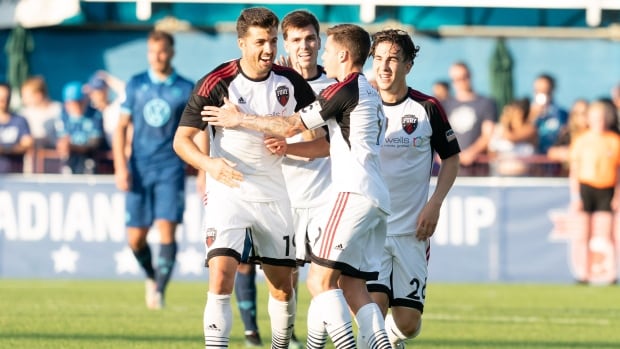 Thiago De Freitas scored twice in the first half to help the Ottawa Fury to a 3-2 win over the HFX Wanderers on Wednesday night in the third round of the Canadian Championship.

Canada’s three Major League Soccer clubs, a trio of Canadian Premier League sides and a United Soccer League outfit are all competing for the Canadian championship.

The Voyageurs Cup is the highest domestic competition for clubs vying to play in the CONCACAF Champions League and potentially the FIFA Club World Cup.

Maxim Tissot’s goal in the 67th minute was the winner for Ottawa, the lone USL representative in the competition.

Luis Alberto Perea and Dakota Barnathan were credited with goals for the CPL’s Wanderers.

The second leg of the Voyageurs Cup’s third round will be held on July 24.

Saphir Taider had a goal in injury time to earn a 2-2 draw for the Montreal Impact against York 9 FC.

Ryan Teifer and Rodrigo Gattas had goals in the 83rd and 88th minutes, respectively, for York 9 FC of the CPL.