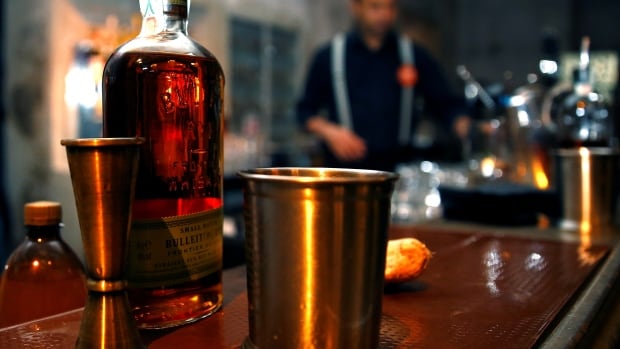 Over nearly a decade, deaths from liver disease have been rising rapidly in the U.S., new data show.

The most pronounced increase between 2009 and 2016 was a 10.5 per cent rise each year in cirrhosis deaths among people 25 to 34 years old, mainly driven by heavy alcohol consumption, researchers report in the BMJ.

"It's alarming," said study co-author Dr. Elliot Tapper, a liver specialist and professor at the University of Michigan in Ann Arbor. "But the fact is, we are dealing with this kind of condition in our hospital and clinic every day. A lot of younger men are showing up very sick. It's always shocking to meet someone in their 20s or 30s who has liver failure."

Normally liver failure takes a long time to develop, Tapper said. He believes the cases he's seeing now in young people are caused by changes in the way people drink.

"It implies a different and more intense form of alcohol abuse, people consuming substantial amounts of alcohol every day." In other words, regular binge drinking, not just on the weekends.

Tapper suspects that economics have a lot to do with increased alcohol consumption in younger people.

"It started in 2008," he said. "That was a watershed year for the United States and the global economy as a whole. We do know that people in the depths of despair turn to alcohol abuse. Prior research has shown this tends to be young men when they become unemployed."

The main causes of cirrhosis are alcoholic liver disease and non-alcoholic fatty liver disease, which is typically associated with obesity, the authors note. Hepatitis C virus is also a major cause of cirrhosis, although new antivirals hold out the possibility of eradicating hepatitis C, they add.

After having seen the rise in liver failure cases at his own institution, Tapper and a colleague went over data from the U.S. Census Bureau and examined death certificates for nearly 600,000 adults.

The researchers looked for trends in deaths related to liver cancer and liver cirrhosis, which is a scarring of the organ that can lead to failure over time. They found that between 1999 and 2016, annual deaths due to cirrhosis increased by 65 per cent, from 20,661 to 34,174.

Overall, deaths due to liver cancer more than doubled, increasing from 5,112 to 11,073 annually. But there was a bit of good news in the data: liver cancer deaths among people under age 55 declined during the same time period.

The researchers found that men had twice as many cirrhosis-related deaths as women and four times as many liver cancer deaths during the study period.

Nevertheless, the number of deaths in women was surprising to Dr. Sammy Saab, a liver specialist and professor of medicine at the University of California, Los Angeles, who wasn't involved in the study.

"Unfortunately, the face of alcoholic cirrhosis has changed," Saab said. "We used to think of it as a disease of middle aged men. But today we are seeing it people in their 20s and 30s with alcohol-related liver failure. And there is this huge swing in women getting liver disease at a very young age. It's extremely alarming. I've been talking to my colleagues around the country and it's the first time they've seen it, ever."

Dr. Ramon Bataller has also noted the change. His research indicates that alcoholic cirrhosis "is the main driver of hospital costs among liver patients," said Bataller, chief of hepatology at the University of Pittsburgh Medical Center and associate director of the Pittsburgh Liver Research Center. "So the problem is there."

There are no easy solutions, but first and foremost, advances need to be made in early detection, said Bataller, who was not involved in the current study. Often patients make their way to the hospital "after they start turning yellow," he said. "With no program for early detection, we wait till people get too sick."

Unfortunately, Tapper said, there are no obvious warning symptoms before the liver is actually failing. But signs can be seen in blood tests that might be done for other purposes, he noted. Platelet counts tend to be lower than normal, for example.

"We'd much rather meet people before they turn yellow."