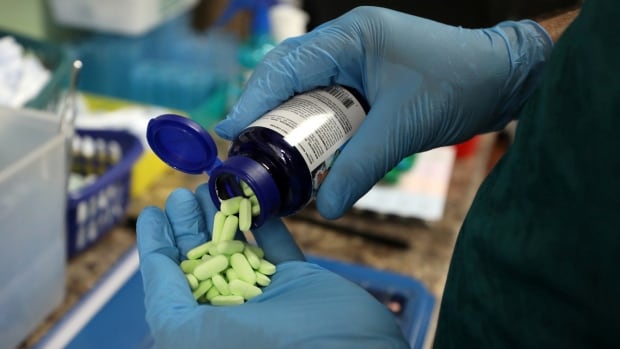 Canada’s main pharmaceutical lobby group has urged the government not to wait for drug shortages before responding to U.S. plans to import Canadian drugs, according to documents seen by Reuters.

The talking points were prepared last month by Innovative Medicines Canada (IMC) for its staff and member companies, before the Trump administration announced on Wednesday that it would allow U.S. states and other groups to start pilot programs importing cheap drugs from Canada in an effort to lower drug costs.

In one early version of its talking points, the IMC proposed the Canadian government ban all drug exports “unless otherwise permitted by regulation.”

“Wholesalers should not be permitted to export drugs in bulk from Canada, and there should be strict and significant penalties for exporting drugs where their export is prohibited by law,” a document prepared in May said.

It warned that “reliance on reactive measures after shortages occur may pose a risk to Canadian patients.”

That document, prepared in May, came before a July 31 statement from the Trump administration that it will set up a system to allow Americans to legally import lower-cost prescription drugs from Canada, overturning long-standing U.S. policy. The cost of prescription drugs has been a hot-button issue this year in the U.S., including the price of insulin, which some Americans buy in Canada, travelling in caravans to get the drug to control diabetes.

Asked about the possibility of an export ban, IMC said in a statement: “This is not part of our current positioning shared with our members. That said, we believe the government has tools that could be used to prevent shortages.”

IMC’s members include major drug companies based in the United States and abroad, and large-scale shipments of cheap drugs from Canada could lower their profits.

The group works closely with PhRMA (the Pharmaceutical Research and Manufacturers of America), the industry’s U.S lobbying group.

“Our government’s priority is ensuring that all Canadians can get and afford the medications they need,” Alexander Cohen, a spokesperson for Canada’s health minister, Ginette Petitpas Taylor, said in a statement.

“All statements and decisions surrounding Canada’s drug supply are made based in the best interest of Canadians, and we are examining all options to ensure it remains secure.”

In the position papers reviewed by Reuters, the IMC warned it may not be possible for drug manufacturers to enforce contract terms with Canadian buyers that forbid the re-export of drugs.

“Although purchasing agreements with suppliers may contain clauses that would prevent bulk export to the U.S., many Canadian pharmaceutical companies are subsidiaries of U.S. corporations and may become obliged to do so through U.S. legislation,” the group warned in July.

Even if the U.S. plan proceeds as the administration has promised, shipments could be a year or more away, because of consultations required to pass new regulations.

The IMC documents suggest that a “first step” for the Canadian government would be to state publicly that it will act to protect drugs intended for Canadian patients in the event of any shortages.

Prime Minister Justin Trudeau delivered something like that message personally on Thursday, at an event in the Arctic city of Iqaluit.

“We recognize the new situation brought on by American announcements, and Health Canada will continue to ensure that our priority is always ensuring that Canadians have access to the medication they need at affordable prices,” he said.

Reuters reported last month that Canadian officials had privately warned the United States they oppose any import programs that might threaten Canada’s supply or raise costs for Canadians.