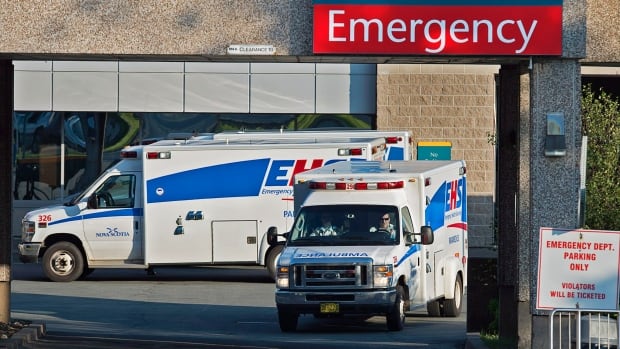 A large recall of contaminated medications appeared to spark confusion among many hypertension patients who were forced to give up the drug last year, with many turning to hospital emergency departments for medical help, a new study says.

The Institute for Clinical Evaluative Sciences (IC/ES) says emergency department visits jumped 55 per cent among those affected by a Health Canada recall of some valsartan products. The institute’s findings were published in the journal Circulation.

Lead author Cynthia Jackevicius said that while the number of people who went to emergency was relatively small at just 0.17 per cent of affected patients, the increase was still significant.

The medications were taken off the market in July 2018 after they were found to contain an impurity called N-nitrosodimethylamine (NDMA), a potential carcinogen that can cause cancer with long-term exposure.

Drugs containing valsartan are used to treat high blood pressure and help prevent heart attacks and stroke. They are also used by patients who have had heart failure or a recent heart attack.

Researchers examined the impact on 55,461 affected patients and found that 10.7 per cent did not replace their medication within the three months that followed. Of those studied, 95 per cent had hypertension, while five per cent had heart failure. The average age was 76.

It wasn’t clear whether the emergency patients were among the 10 per cent who failed to replace their medication, or whether they went to hospital to get a new prescription, or lost control of their hypertension.

Media ‘may have heightened the alarm’

Jackevicius said the data suggests the need for better co-ordination between Health Canada, prescribers and pharmacists when a recall is announced.

“While government agencies issued advisories to continue taking medications until contacting their prescribers, there is a high potential for misunderstanding by patients, particularly given the mass media news that may have heightened the alarm regarding the potential negative consequences,” said the report.

“Patients may have been willing to risk the short-term potential of uncontrolled hypertension to avoid ingesting a potential carcinogen.”

Before the recall, emergency room visits by the group studied averaged 0.11 per cent per month. In the month following the recall, the rate jumped to 0.17 per cent.

Researchers also found a delayed six per cent spike in emergency department visits for stroke patients taking valsartan, as well as an eight per cent jump in hospitalizations — but most of that jump did not appear until November of last year.

Health Canada announced a voluntary recall of six generic valsartan products in July 2018 due to NDMA.