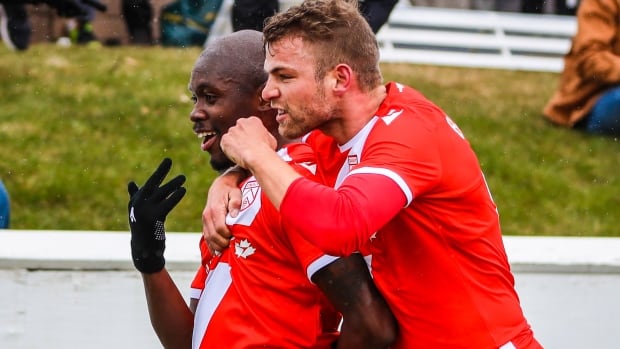 The 2019 Canadian Championship begins on Wednesday evening with three opening-round fixtures kicking off this expanded battle for the Voyageurs Cup.

That’s the first leg of two in these home-and-away series; the second legs will be contested on May 22, before the winners advance into Stage 2 of the competition.

But before we kick off, here’s a quick primer on everything you need to know about the Canadian Championship:

What is this thing, anyway?

Simply put? The Canadian Championship is a tournament played alongside regular season competitions across Canada, with teams from Major League Soccer, League1 Ontario, PLSQ, the USL, and, now, the Canadian Premier League, all competing for the trophy – The Voyageurs Cup.

The Voyageurs Cup has history in Canadian soccer circles: Nearly two decades ago, a group of around 50 supporters of Canadian soccer, the Voyageurs, bandied about the idea of awarding Canada’s top club with a trophy to call its own. The group wouldn’t wait for a tournament to award a trophy, though. Instead, the Voyageurs funded, created and would award the prize to a team they themselves determined to be the best … and that same trophy is what teams strive to win in the Canadian Championship, all these years later.

Winning the Canadian Championship comes with plenty of pride, as well as some coveted silverware, but it also gives the winner a berth in the CONCACAF Champions League – the highest level of club competition in CONCACAF.

Today, the Canadian Championship is played over five rounds, with all 13 seeded teams entering the competition all the way to the Semi-Final Round. Home-and-away legs determine winners, who advance to take on new opponents before the last remaining two teams square off for the Voyageurs Cup on Sept. 18 and 25.

What’s the history of the Canadian Championship?

The Canadian Championship kicked off in 2008, and featured three teams: Toronto FC, Montreal Impact and Vancouver Whitecaps, though the latter two had yet to join MLS.

Those three teams have the longest history in the tournament and are also the only three teams to have won the Voyageurs Cup, starting with the Impact’s victory in 2008, followed by four Toronto FC wins in a row from 2009 to 2012, and has won the last three in a row, too. Of note, the Reds made it all the way to the CONCACAF Champions League final in 2018, losing to Chivas Guadalajara at the last, despite defeating Mexican powerhouses Tigres UNAL and Club America along the way.

With seven titles, Toronto FC has won the Voyageurs Cup more than any other team; the Impact have three titles, while the Whitecaps boast one win in 2015. In that time, plenty of iconic moments in Canadian soccer history were written: Toronto FC’s fairytale 6-1 win over the Montreal Impact was the first real moment of drama; heroics from Dwayne De Rosario, Sebastian Giovinco, Tim Parker, Hassoun Camara, Felipe Martins, and Jonathan Osorio have cemented their names in club and tournament lore.

But that was then. Today, the expanded tournament features 13 teams, including seven new participants from the CPL … a prospect that the MLS outfits have embraced wholeheartedly.

“I think the revamped format is great because it gives a lot of opportunities to new teams,” Whitecaps head coach Marc Dos Santos said earlier in the year. “It allows players to dream and it allows players to try and excel as much as they can.”

TFC midfielder Jonathan Osorio said: “It makes the trophy that much more prestigious. You’re not fighting with only three teams, now you’re battling a whole bunch of teams. That’s only going to make it better.”

Why do some CPL clubs start later than others?

Canada Soccer determined that three CPL clubs will enter the competition in Qualifying Round 2 – Valour FC, Forge FC, and FC Edmonton. These three clubs had received membership before the other four CPL clubs, and these three clubs are also involved in an in-league qualifying campaign for a spot in the Preliminary Round of the 2019 Scotiabank CONCACAF League. Canada Soccer will use the home and away matches between these three clubs from the Spring portion of the Canadian Premier League inaugural 2019 season to determine who advances to that competition.

There, one of these three clubs has an opportunity to earn a berth in the CONCACAF Champions League.

Starting in 2020, however, the Canadian Premier League champion will earn the right to be designated as “Canada 2” in Scotiabank CONCACAF League play.

How important is this tournament?

Extremely. Already, head coaches from across the CPL have earmarked the Canadian Championship as being just as high a priority as regular season success.

“I want to be the first CPL team to knock off an MLS side in the Canadian Championship,” FC Edmonton head coach Jeff Paulus said, laying down the gauntlet for future meetings between his side and MLS opposition.

Added Forge head coach Bobby Smyrniotis: “It’s an excellent element for Canadian soccer; to increase the image of the game. It gives more of the storyline around the country. Look down south in our neighbours and the US Open Cup. Every year there is a team, an amateur team, a team from the USL, that is creating a good story. We did not have that here. It was pretty much a three horse race.”

York9 FC head coach Jimmy Brennan knows the Voyageurs Cup well enough, having lifted it a few times during his time as captain of Toronto FC.

“I’d love to win one with York9,” Brennan said. “Because it’s the first year of this format, everyone is gonna have a go at it. We’re keen to show our value in the CPL by getting into stages with MLS teams and showing them what we could do.”

While some CPL coaches are looking to battle the established giants, Cavalry FC head coach Tommy Wheeldon Jr. also pointed out how valuable an experience this is for teams coming out of L1O or PLSQ, too.

“For me, it’s about that David vs. Goliath [battle], so having these semi-pro and amateur clubs in there is great,” Wheeldon Jr. offered. “We understand we’ve got the hard yards and that we have to prove ourselves on the pitch, too.”

There’s a certain kind of magic that comes with a domestic tournament – and, as such, the CPL clubs will be treating the Canadian Championship as a top priority, so tune in and enjoy all the drama, available on OneSoccer starting Wednesday evening.

Armen Bedakian Is a contributor to CanPL.ca