Editor’s Note: (Cedric L. Alexander served some four decades in law enforcement and other areas of public service leadership. A CNN and MSNBC contributor, he is the author of “In Defense of Public Service: How 22 Million Government Workers Will Save Our Republic.” The opinions expressed in this commentary are his own. View more opinion at CNN.)

(CNN)I am a black American man who has been privileged to serve in law enforcement for 40 years. Today, if a young person of color asks me what they should do if a police officer stops them, I answer: Put your hands on the steering wheel where they can be seen, cooperate and comply. And should they answer me back, as they likely would today — Even if I did all that, we are still getting murdered — I would have nothing to tell him or her. With my decades of experience, I would have nothing to say. 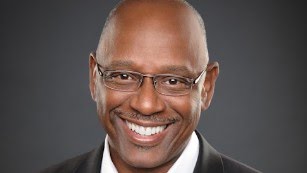 Black Americans — mostly young men, but women as well — are being killed by American law officers not for anything they did but for who they are. The killings are not accidents, statistical freaks or mistakes in judgment. They are products of American history. Until there is a plan for reform to address these failures of policing — most immediately embodied in the deaths of Ahmaud Arbery, Breonna Taylor and George Floyd — I will continue to have nothing to say to the young people of color who ask me what to do, how to prevent their own deaths at the hands of police. And I fear that under President Donald Trump, no plan will ever be devised, that we will be left with nothing but the darkness in which we now find ourselves.

The need for a better America cannot be disputed. Ahmaud Marquez Arbery was out for a jog — unarmed — in Glynn County, Georgia, when two local white men, Travis McMichael and his father, Gregory, a former local law enforcement officer, were recorded on the cellphone of a third local white resident, William “Roddie” Bryan, gunning him down.

Only months later, after a local radio station obtained Bryan’s cellphone video, posted it on its website, and the video went viral, did officials announce that a grand jury would decide whether to bring charges. Just two days later, Georgia Bureau of Investigation officers arrested the McMichaels on charges of felony murder and aggravated assault. Bryan was arrested May 21, charged with felony murder and false imprisonment. The men have not been asked by a judge to plead and attorneys for them have told reporters they committed no crimes. A DOJ spokesperson has confirmed that the department’s Civil Rights Division was assessing evidence to weigh whether federal hate crime charges were appropriate.

The timeline of this case, including the long suppression of charges, spans 74 days. But its true history, the history of violent racism in America, is much longer, dating to the 19th century and the Jim Crow era of the early 20th century, when lynchings and the refusal to prosecute them were routine. 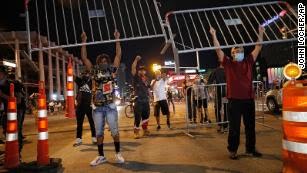 In Louisville, Kentucky, in March, Breonna Taylor, a 26-year-old EMT — working on her city’s hard-hit front line of the Covid-19 pandemic — was shot to death in her home by three Louisville Metro police officers. In plainclothes, they broke in deep in the dead of night and, her family says, without identifying themselves. Taylor’s boyfriend opened fire on the unknown men. His fire was returned, and Taylor took the brunt of it, struck eight times.

As it turned out, the warrant, concerning drug charges, was served in connection with two people already in police custody. Taylor’s only “offense” was having had a prior relationship with one of them. The FBI has opened an investigation into her death.

It took seconds to put eight rounds into Breonna Taylor. As with the Arbery slaying, the history behind this blink of an eye is much longer, bringing to mind the fate of Fred Hampton, a 21-year-old Chicago activist, Black Panther and founder of the Rainbow Coalition. He was shot to death on December 4, 1969, in a predawn raid on his Chicago apartment by Cook County State’s Attorney tactical officers, Chicago police officers and FBI agents. The coroner’s jury ruled justifiable homicide, but the consensus among historians is that Hampton was targeted for assassination by the FBI, acting in this case as latter-day Nightriders.

On May 25, Minneapolis police officer Derek Chauvin and three other officers arrested George Floyd in connection with a “forgery” incident — passing an allegedly counterfeit $20 bill. Chauvin restrained Floyd by kneeling on his neck, ignoring his repeated appeals for his life (“I can’t breathe”) and bystanders’ pleas that the officers were killing the man. Chauvin was charged with third-degree murder and manslaughter. 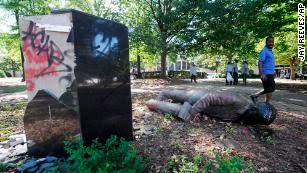 The asphyxiation of Floyd is proving to be a tipping point in the long history of American racism. Videos of police violence against black people have become commonplace. Most record fast-moving, violent incidents. But the record of the last minutes of Floyd’s life shows a man being slowly, deliberately deprived of the breath of life. It is a lynching.

Floyd’s death took place in the context of the Covid-19 pandemic, which our President likes to call the “invisible enemy.” In contrast, Floyd’s killing was intensely, obscenely visible, and the response to that visibility has been intensely visible as well in dozens of American cities.

Meanwhile, under the Trump administration, the Justice Department has essentially abandoned in-depth investigations into unconstitutional policing practices, according to a CNN report. During President George W. Bush’s first term, the DOJ launched 12 investigations of law enforcement agencies for practices that violate the Constitution. President Barack Obama’s Justice Department opened 15. Trump’s Justice Department, according to legal experts and DOJ records, has opened only one. While federal authorities are involved in investigating what happened to Arbery and Taylor, no systemic investigation of policing practices in any of these locations seems likely to happen under Trump’s administration. 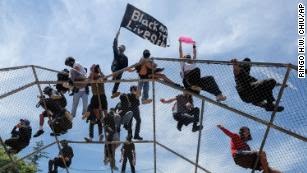 Meanwhile, there is no shortage of video coverage of the peaceful demonstrations and protests and violent riots and looting that have followed what happened in Minneapolis. What we lack is a plan to address the events themselves, just as we lack a plan to address the Covid-19 pandemic — which, of course, impacts people of color with greater frequency and consequence than it does white people. The virulence of the disease is rooted in the same social and economic conditions as the virulence of law enforcement attitudes and policies toward communities and individuals of color. As we have no plan for Covid, so we have no plan for addressing police violence against this same population. And if the record of Trump’s Justice Department is a barometer of what’s to come, we may never have a plan under his leadership.

In 2015, I was asked by President Obama to serve on the President’s Task Force on 21st Century Policing, which was a response to a number of serious incidents between law enforcement and the communities they serve and protect. Ours was not a “commission” but a “task force,” charged with identifying the problems and quickly formulating plans to correct them. In 90 days, through hearings with some 140 witnesses, we formulated 59 recommendations with 92 action items in the areas of building trust and legitimacy, policy and oversight, technology and social media, community policing and crime reduction, training and education, and officer wellness and safety. We created a plan, a political, policy, strategic, tactical and moral GPS.

Under former Attorney General Jeff Sessions, the work of the task force and its recommendations were essentially discarded. Needless to say, Attorney General William Barr has not resurrected them. Were someone in the federal government to stumble across what we did, they would find themselves with a leg up to creating what we need now even more desperately than what we needed in 2015: a plan, a map, a GPS.

But we are left with none. The consequences of this dire absence should be as obvious to us in 2020 as they were to the writers of the Book of Proverbs millennia ago: “Where there is no vision, the people perish…”

The problems we face at this moment are part of our long history. But the complete absence of leadership — political, moral, policy, strategic — strikes me as genuinely unprecedented. What’s the plan now, America?