Facebook has deleted 712 accounts and 390 pages in India and Pakistan for “inauthentic behavior,” it said on Monday, many linked to India’s opposition Congress party and others related to Pakistan’s military — days before a national election.

Facebook has come under increasing pressure around the world to ensure its social media platform is not abused for political purposes or to spread misinformation.

The action against accounts with alleged links to Congress, the party led by the Gandhi family that has dominated Indian politics for much of its post-independence era, marks a bold move by Facebook.

The platform has more than 300 million users in India, where it has been a key political campaigning tool in the election — the largest democratic exercise in the world — starting on April 11.

While Prime Minister Narendra Modi and his rivals use official Facebook accounts to send political messages to millions of followers, thousands of unverified pages also share posts to support or criticize politicians.

Among the most significant things it has removed, Facebook said it had taken down 549 accounts and 138 pages linked to India’s Congress for “co-ordinated inauthentic behavior.”

In a tweet, Congress said none of its official pages or those run by its verified volunteers had been taken down.

The party is awaiting a response from Facebook to provide a list of all pages and accounts which were removed, it said. 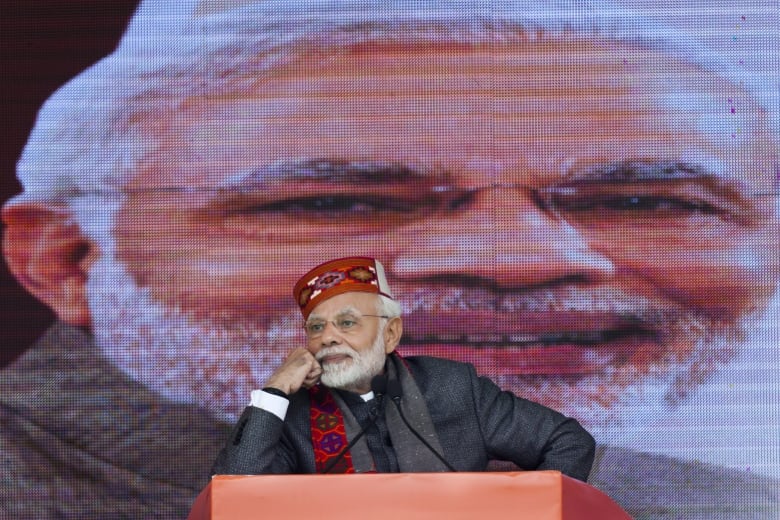 Also removed were 15 accounts linked to an Indian IT company which, among other things, issued posts on Modi’s ruling Bharatiya Janata Party (BJP) and alleged misconduct of political opponents including Congress, Facebook said.

“The fact that partisans on both sides resorted to such tactics is a troubling feature,” it said in a blog post.

In the face of increasing calls for tougher regulation of online content, Facebook has been taking similar measures elsewhere.

In Pakistan, it removed 57 accounts, 24 pages, seven groups and 15 Instagram accounts, also for inauthentic behavior, as part of a network that originated there and was linked to employees of a unit of the Pakistani military.

Nuclear-armed neighbours India and Pakistan both sent warplanes to attack each other’s territory in February after a suicide bomb attack claimed by a Pakistan-based militant group killed 40 Indian paramilitary police in the disputed region of Kashmir. The attack also led to a deluge of fake news, another issue social media companies have been grappling with.

Facebook’s head of cybersecurity policy, Nathaniel Gleicher, said the firm had removed accounts based on their behavior, not their content.

The company’s review found individuals using fake accounts and issuing posts including criticism of the BJP who were “associated with an INC (Indian National Congress) IT Cell.”

Two of the samples shared by Facebook were of posts that criticized Modi’s initiatives and called for supporting the Congress party and its president, Rahul Gandhi.

Separately, Facebook removed 12 accounts and one page, plus one group and one Instagram account, which linked to individuals related to an Indian IT firm Silver Touch. Asked what Silver Touch’s link with politics was, Gleicher told Reuters earlier it was “associated with” a mobile app promoted by Modi’s ruling Bharatiya Janata Party (BJP). 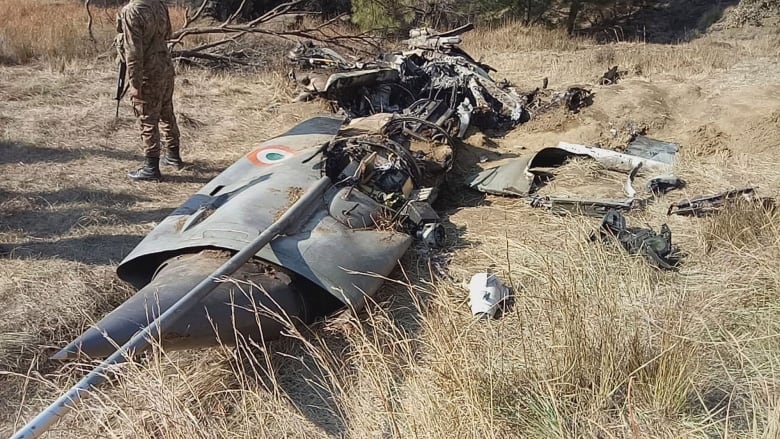 A Pakistani soldier stands guard near the wreckage of an Indian plane shot down by the Pakistan military on in Kashmir in late February. (Abdul Razzaq/Associated Press)

After BJP’s IT head, AmitMalviya, told Reuters both the party and the app had “nothing to do with Silver Touch,”

Facebook in a new statement late on Monday said it had “seen no evidence to date of Silver Touch being associated with the NaMo App on our platform,” referring to the Narendra Modi app.

“We won’t be speculating about off-platform connections of the actors we took down today,” a spokeswoman said.

Facebook’s actions on Monday also included the removal of a “pro-BJP” page called “The India Eye,” which had more than 2 million followers, “was strongly nationalist,” a vocal supporter of Modi and a critic of Gandhi, Atlantic Council said.

Facebook said it had also removed another 227 pages and 94 accounts in India for violating its policies on spam and misrepresentation.

Last week the firm removed a social media network in the Philippines and took the unusual step of linking it to a businessman who said he had managed the president’s online election campaign in 2016.

It has also taken such action recently against accounts in Russia and Iran.