Canadian pharmaceutical industry lobby groups, trying to head off a planned crackdown on prescription drug prices, offered to give up $ 8.6 billion ($ 6.6 billion US) in revenue over 10 years, freeze prices or reduce the cost of treating rare diseases, according to interviews and documents seen by Reuters.

Those industry offers did not impress federal officials last year, as Canada prepared to expand the powers of a little-known federal watchdog called the Patented Medicine Prices Review Board (PMPRB) to reduce the cost of prescription drugs.

The government proposals would change the countries Canada compares its prices to, dropping the United States where they are highest, and set a formula to assess cost-effectiveness of medicines.

Announced in 2017, the new rules were scheduled to come into effect last month but have been delayed as the government reviews feedback, which has some wondering if they will ever be implemented.

The delay is a setback for supporters of the changes. But documents detailing counter offers from lobby groups Innovative Medicines Canada and BIOTECanada show an industry struggling to win over federal officials.

Unlike other countries with universal health care, Canada's government-funded health-care system does not cover prescription drugs. Most Canadians rely on an expensive patchwork of public and private insurance plans for that. Among industrialized nations, only the United States and Switzerland spend more on prescriptions per capita.

I think it's a little early for people to panic and lament the demise of this policy initiative.– Douglas Clark

Declan Hamill, a vice-president at Innovative Medicines Canada, said the proposed regulations go too far and could hurt patient access to new drugs in Canada. But his group recognizes that the Canadian government wants to make drugs more affordable, he said.

"We'd like to help the government out with that, and we've been trying to have discussions with them," Hamill said.

Lower prices in Canada could eventually hit drugmakers in the most lucrative U.S. market, as Washington evaluates a proposal to base drug prices paid under the government's Medicare program on the cost of medicines in other developed nations, including Canada.

Global drugmakers, including Johnson & Johnson, Merck & Co, Amgen Inc and others, have argued against the Canadian proposal. They referred questions back to Innovative Medicines Canada.

'Would not achieve the goal'

I fear the consequences when you do something without really working with industry.– Andrew Casey

"People have a tendency to presume that the sky is falling," Clark said. "I think it's a little early for people to panic and lament the demise of this policy initiative."

"The non-regulatory counter-proposals that Innovative Medicines Canada and BIOTECanada jointly submitted to the government would not achieve the goal of ensuring appropriate consumer protection in these circumstances," the ministry said in an emailed statement.

One offer was to "secure a price reduction target of C$ 8.6 billion" in net present value terms, according to a letter from officials seen by Reuters.

Hamill said the $ 8.6 billion Cdn figure was borrowed from a government estimate of how much the PMPRB reforms would reduce revenue and would have been spread over 10 years. He did not say exactly how it would have worked. Total patented medicine sales were $ 16.8 billion Cdn ($ 12.8 billion US) in 2017, according to the PMPRB. 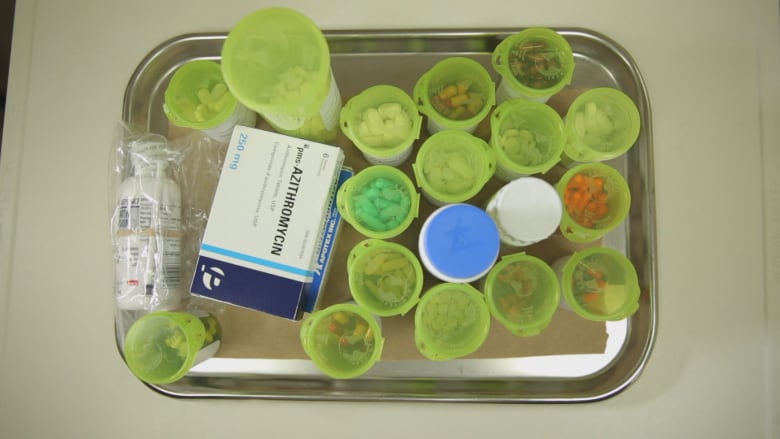 Health Canada also rejected an offer to freeze prescription drug prices, saying it would not meet its objective of lowering prices. Health Canada said the industry had also committed to improving access for patients with rare diseases, but that proposal would not help those who have drug plans.

Meanwhile, ahead of a fall election, Trudeau's government is preparing to announce a limited expansion of Canada's universal health-care system to cover part of the cost of prescription medicines, as drug plans grapple with the extremely high cost of newer specialty drugs.

'We don't want to shut that door'

The PMPRB caps prices of drugs still under patent protection. If new regulations are adopted, it would change the list of countries whose drug pricing it uses to decide whether costs are excessive, dropping the United States and adding countries with lower prices.

The regulator would also consider for the first time a type of value-based pricing, measuring how cost-effective drugs are in terms of quality-adjusted life years, and force drug companies to privately disclose some confidential discounts.

It is not entirely clear how the PMPRB would use its new powers. In documents posted online, the agency said it could apply new rules to drugs already on the market. But Health Canada said the regime would not apply to those.

Andrew Casey, president of BIOTECanada, would like "a more rigorous sit-down" with the government. "I fear the consequences when you do something without really working with industry," he said. "We don't want to shut that door."