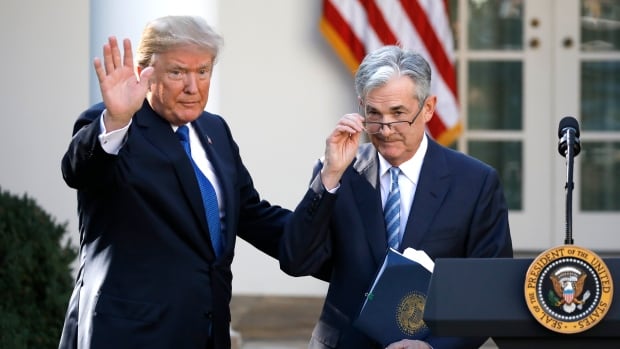 The Federal Reserve has decided to keep its benchmark interest rate right where it is, despite the protestations of U.S. President Donald Trump.

The central bank ended a two-day policy meeting on Wednesday by announcing their decision to keep their federal fund rate steady in a range between 2.25 and 2.5 per cent.

Standing pat was exactly what economists who cover the Fed were expecting. The central bank has hiked its benchmark rate eight times since 2016 in a bid to tame inflation, but signaled a few months ago that the pace of future hikes was far from certain.

“The committee is comfortable with our current policy stance,” chairman Jerome Powell said.

While expected, the news will come as a disappointment to Trump, who wanted the Fed to lower interest rates to super charge the economy.

The Fed currently has an empty seat on its board, and Trump wants to nominate Stephen Moore, a political commentator who has been criticized in recent weeks for some of his past misogynistic statements about women, to fill it.

Moore issued a statement supporting his own nomination within a minute of Fed officials announcing that they would keep a key short-term rate unchanged.

The statement issued through a public relations firm noted support from Jeremy Siegel, a finance professor at the University of Pennsylvania who came out in Moore’s favour this week.