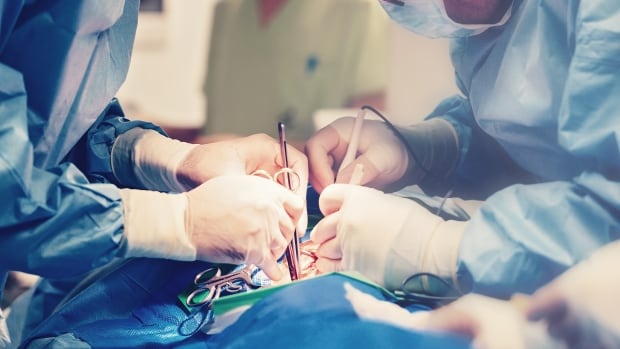 A new study shows female surgeons in Ontario earn less per hour than their male peers, despite the province’s clearly defined fee-for-service system.

The study, published today in the medical journal JAMA Surgery, analyzed data from more than 1.5 million surgical procedures claimed by 3,275 Ontario surgeons from the start of 2014 through 2016.

It found that overall, women make 24 per cent less per hour while operating, a gap linked to the types of surgeries they typically perform.

The research found women perform far fewer of the highest-paid primary procedures, and are often driven towards less lucrative specializations.

Two of the study’s authors, both surgeons at Toronto’s St. Michael’s Hospital, say it dispels the idea that a fee-for-service system such as the Ontario Health Insurance Program eliminates gender disparities in pay.

Dr. Fahima Dossa and Dr. Nancy Baxter say it also debunks the hypothesis that female surgeons may be earning less because they work shorter hours or less efficiently.

“Everyone’s always trying to explain gender differences by pathologizing women … ‘There’s something wrong with women, there’s something about the way women work or the way they negotiate or the way they behave in their space,’ instead of saying that the system’s kind of rigged against them,” Baxter said in an interview this week.

“What we were trying to do is deconstruct many of the arguments and say, ‘No, women are operating as quickly as men are, yet … they end up making less per hour.”‘

The pay gap persisted even after the researchers adjusted for specialty: the largest mean differences were in cardiothoracic surgery, where there was a discrepancy of $ 79.23 (US$ 59.64) per hour, and orthopedic surgery, where the gap was $ 73.66 (US$ 55.45).

Male surgeons also earned more hourly than female surgeons in gynecology, even though there are more women in that field, the study found. The mean difference there amounted to $ 22.90 (US$ 17.24) per hour.

When the 200 most common procedures were analyzed based on earnings per hour, the researchers found female surgeons performed more than a quarter of the least lucrative ones but less than six per cent of the highest-paid ones.

The proportion of women performing an operation dropped as the pay per hour for that procedure increased, the study shows.

The doctors say the dearth of women in certain surgical specialties limited some aspects of the research.

“We couldn’t even include neurosurgery in some of our analyses because there are under five women in the specialty,” Baxter said.

“In some cases, we didn’t find statistical or mathematical differences between males and females, and that’s because there were so few women in the specialty that our techniques for detecting the differences weren’t sensitive — there were too few women to be able to make those assessments,” Dossa added.

The study also doesn’t go into why women don’t have the opportunity to perform higher-paying surgeries, and Baxter and Dossa say that’s something they would like to examine in the future.

Biases in the fee-setting and referral processes likely play a role, Baxter said.

“When you look at who sets the fee codes for various procedures, in general, there aren’t a lot of women at those tables. So you have men that are setting the fee codes that affect everybody,” she said.

“I think that there’s substantial bias in that, and then there’s the gamesmanship in terms of what referrals are accepted.”

It can be difficult to find surgeons willing to accept referrals for procedures that don’t pay well for the time required, which means women — who typically get fewer referrals to begin with — often end up taking them on, she said.

“They’ll have to take the cases that other people turn down,” she said.