More Canadians say they’ve used cannabis recreationally since it was legalized last fall, particularly those aged 45 to 64 and males, according to Statistics Canada.

About 18 per cent of Canadians aged 15 and older, or about 5.3 million people, reported pot use in the last three months, the federal agency said in its quarterly report on Thursday.

Early indications point to more use right after it was legalized last October, when the reported use stood at 14 per cent.

“One of the things … unique with this survey is the number of respondents who said they’re using for the first time. So they started, in this case, in the post-legalization period,” said Michelle Rotermann, a senior analyst in Statistics Canada’s health analysis division.

J.F. Crépault, a senior policy analyst at the Centre for Addiction and Mental Health, says the Toronto facility wants to see if the initial spike in use translates into longer term, problematic use.

Following legalization in Colorado for instance, cannabis use spiked and then rates went back down to about the same as in surrounding states where it remains illegal, Crépault said. 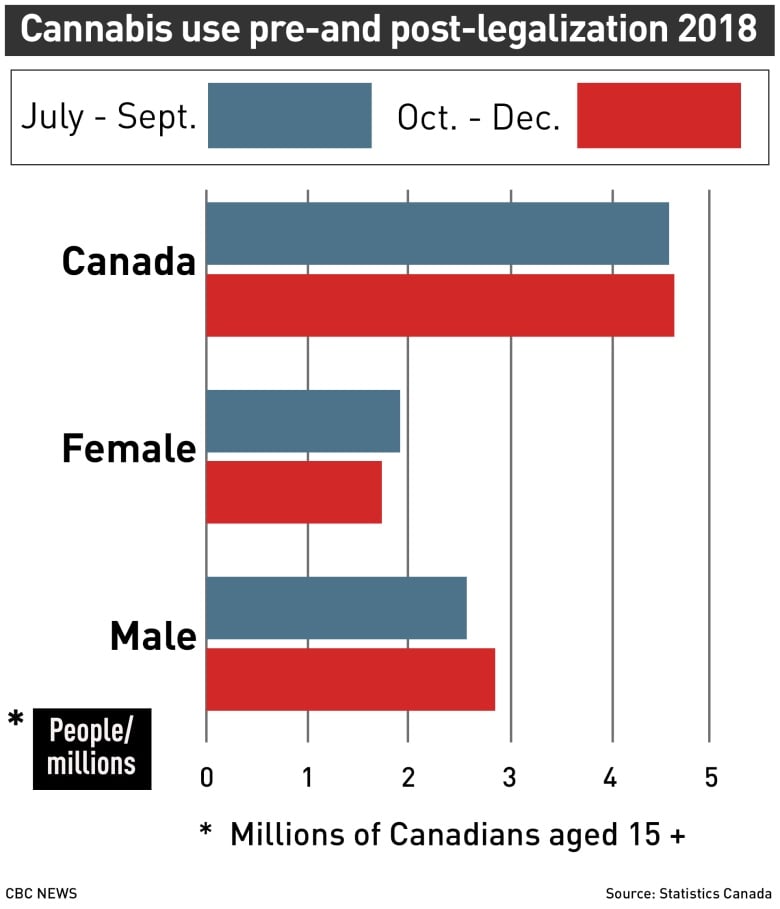 “Researchers sometimes refer to this as a ‘straw fire effect’ in the sense that it kind of burns bright for a very short amount of time and then goes back down,” he said.

The greatest proportion of users are aged 18 to 25 (30 per cent) compared with people in their mid 20s and older. But an increasing proportion of new users were aged 45 and older.

The average age of a cannabis user in the country is now 38, Rotermann said.

Many of them are men. Cannabis use increased among males from 16 per cent last year to 22 per cent so far this year. There was no change among females.

Daily or almost daily use of cannabis was unchanged, while weekly and occasional use increased. 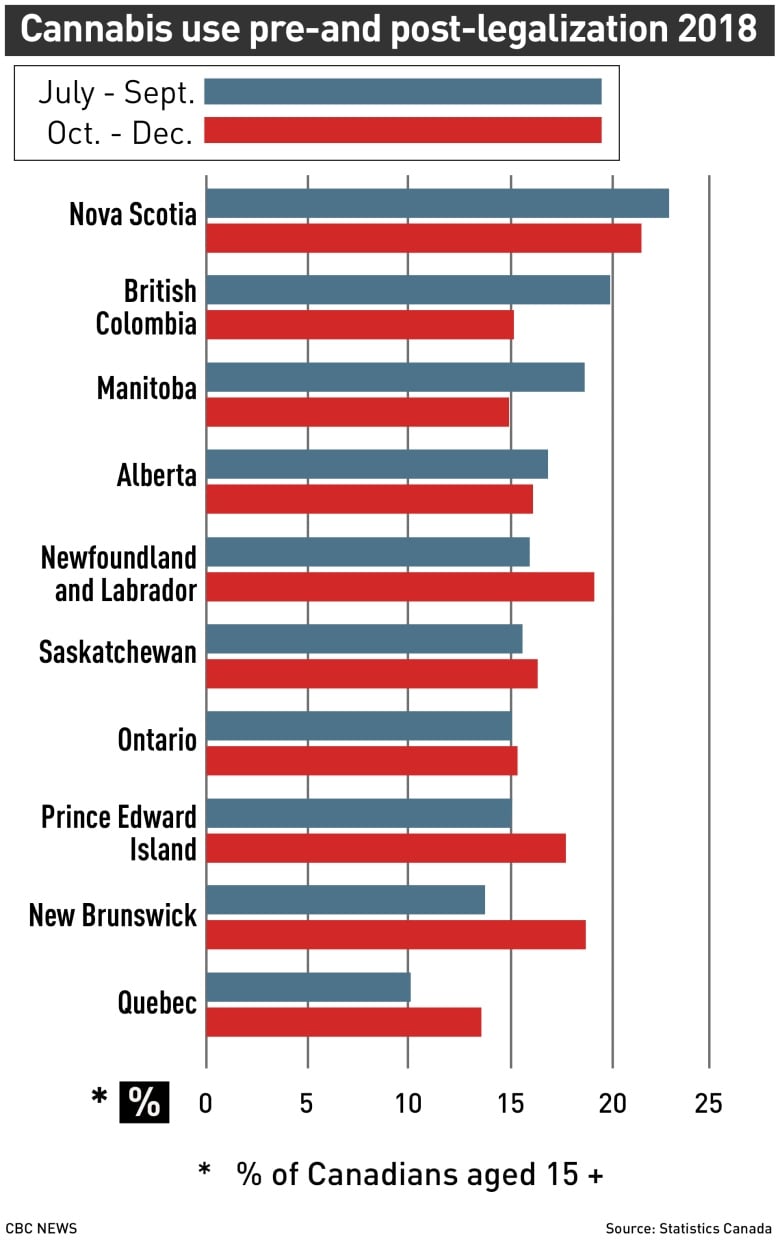 Crépault said at CAMH they’re keeping an eye on the national quarterly reports, but recognize that rates of use are an imperfect indicator: Not everyone in the population who uses is harmed.

Early evidence coming out of U.S. states with easier access to medical cannabis or legalized non-medical use of cannabis shows there seems to be reductions in opioid-related overdoses and fatal overdoses. That could be because people are either self-medicating or obtaining opioid prescriptions legitimately and taking the drug long-term and switching to cannabis instead, Crépault said.

He noted that in Vancouver’s Downtown Eastside, harm reduction proponents are unofficially providing free cannabis to those who use injection drugs to reduce their opioid intake.

“If cannabis use does increase in the population, we need to make sure that we’re also keeping track of patterns of alcohol use or opioid use. It’ll take a long time for us to know for sure what the kind of relationships are between these.”

Overall, 15 per cent of cannabis users with a valid driver’s license reported driving within two hours of consuming. That amounts to 675,000 people. Experts say to wait more than two hours before driving.

Of that group, about 15 per cent, or 125,000 people, also reported they’d consumed alcohol as well — a first for the agency to report. 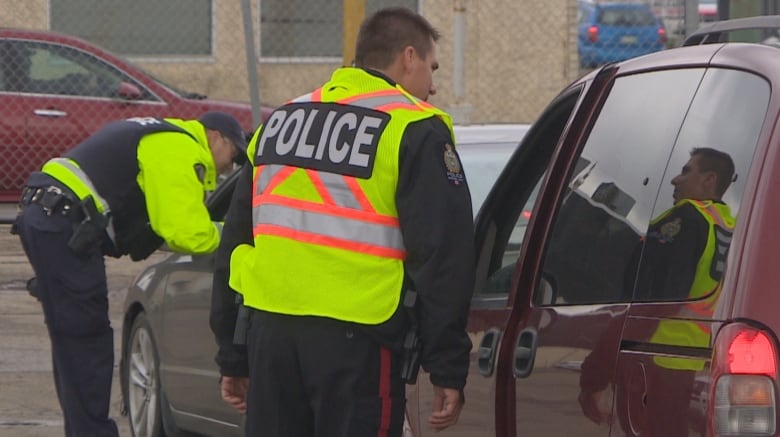 Police are watching for impaired driving from alcohol, cannabis and other substances. (CBC News)

An estimated 47 per cent of cannabis users or 2.5 million Canadians bought pot legally during that time, up from 23 per cent or 954,000 people during the same period a year ago.

As well, 38 per cent of users said they bought cannabis illegally during the first three months of  2019, compared with 51 per cent a year earlier.