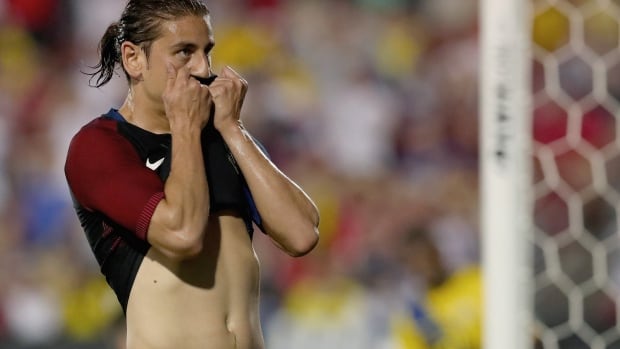 Alejandro Bedoya made a statement about gun violence in the nation’s capital.

After scoring a goal for the Philadelphia Union on Sunday night against D.C. United, Bedoya ran to an on-field microphone and shouted to the crowd: “Hey Congress, do something now! End gun violence! Let’s go!”

The 32-year-old Bedoya has played for the U.S. national team.

Philadelphia Union’s Alejandro Bedoya scored in the third minute against D.C. United and took the opportunity to call out congress to end gun violence. 0:29