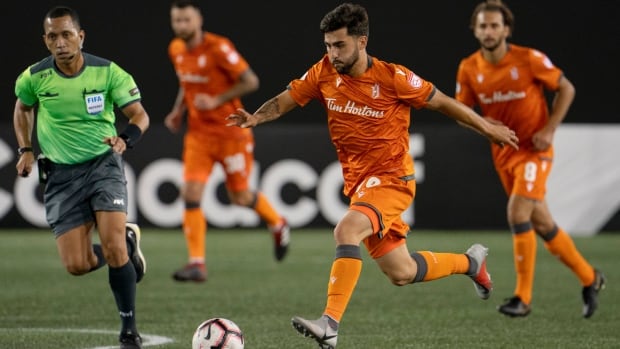 Tristan Borges, a former player of the year in the Canadian Premier League, is returning to Forge FC.

The CPL champion announced Friday a loan deal with Belgium’s Oud-Heverlee Leuven that will see the attacking midfielder rejoin the Hamilton-based side for the 2021 Canadian Premier League season.

Hamilton sold Borges to the Belgian team in January 2020. At the time, CPL commissioner David Clanachan called Borges’ move a “landmark transfer” for Forge and the league.

Borges made 33 appearances in 2019 for Forge in all competitions, finishing as the CPL’s Golden Boot winner with 13 goals while tying for first in the league with five assists. He was named the league’s player of the year and U-21 player of the year after scoring the winning goal in the first leg of the CPL finals in October at Tim Hortons Field against Calgary’s Cavalry FC.

Borges has represented Canada at the under-17 and under-20 level and won his first senior cap for Canada against Barbados in January 2020.

He played for SC Heerenveen’s under-21 side in the Netherlands from 2016 to 2018 before returning home for the CPL’s inaugural season in 2019. With Portuguese bloodlines, he has a European passport that eased the move abroad.

“We’re very happy to welcome Tristan back to our club,” Forge director of football Costa Smyrniotis said in a statement Friday. “The co-operation with OH Leuven has been very good here, with the common, important goal of furthering the competitive development of Tristan over this upcoming year.”